Does God really care about people

And when he left the region of Tire again, he came through Sidon to the Galilean Sea, in the middle of the region of the Ten Cities. And they brought to him one who was deaf and dumb and asked him to put his hand on him. And he took him aside from the crowd and put his fingers in his ears and touched his tongue with saliva and looked up at the sky and sighed and said to him: Hefata !, that means: Open up! And immediately his ears opened, and the fetters of his tongue loosened, and he spoke correctly. And he told them not to tell anyone. But the more he forbade it, the more they spread it. And they were astonished beyond measure, and said, He has made everything well; he makes the deaf hear and the speechless speak. Mark 7: 31-37

In 1950 a pastor received a message that a congregation member wanted to quit the church. It was a man, 55 years old. The pastor visited him and asked him about the reasons for his plan. He promptly replied that he found most pastors unbelievable; he described them as "gorged priests and weapons-blessers". He said that the Church had always incited war and done nothing for peace. The pastor tried to refute these claims and told of his own fate as a member of the Confessing Church, which resisted the regime in the Third Reich. The man listened to all of this, but it obviously didn't interest him because he could not be dissuaded from his decision. He thanked him for the visit, but the last thing he said was: "Pastor, if I find out who sent you to me, I'll punch him in the face!"

This little incident reveals something typically human. It looks as if it is the major global political issues that concern us humans: issues such as war and peace, hunger and poverty, justice and human rights. But what really upsets us humans in the end, what actually gets under our skin, these are the little things that make up daily life. On the face of it, this exit candidate was upset about the behavior of the church in public. B. There was a time when the Church blessed arms. What had really irritated him, however, was that someone had sent a pastor to see him. He felt like he was being tipped off. This insignificance aroused his anger, while the intellectual struggle made little impression on him. And that is what is typically human.

Because 95% of everyday life consists of insignificant little things. We may be worried about genetic engineering or about pension reform, but everyday life consists of eating and drinking, sleeping and working, cooking and cleaning, paying bills, shopping, making calls, cleaning up, watching TV. The real world catastrophes - seen emotionally - are not those that appear in the headlines of the newspapers, but consist of things that happen in secret: e. For example, the stupid chatter of a work colleague, or tensions among family members, or having to wait in line for hours, or the idiot in the back car who honks the horn immediately when the traffic light switches from red to yellow, or things like illness, loneliness, visits to the doctor . I can still hear a person saying to me many years ago: "When I was 13, a pimple on my chin was a world disaster". World catastrophes can be so small, because the things that can immortally embarrass you are small. 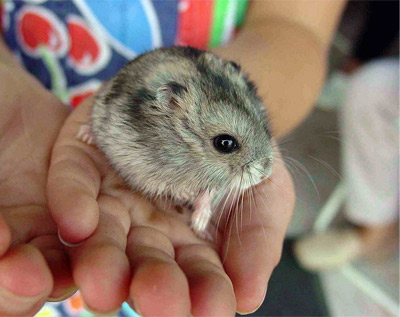 If it is true that 95% of life is made up of odds and ends and personal joys and sorrows, then the question arises: what does God have to do with it? One could get the impression that God is only interested in current, global political issues or only in marginalized groups or only in theological concerns. How often do you hear sentences such as B .: God stands up for the poor and the disenfranchised; God takes sides with the third world; and once a theologian claimed: "God is for the 35-hour week". All of this may be correct, but can this busy God care about me too? Can the God who strives for peace and justice on a global level also be a God who cares about my allergy? Can a God who is against war and hunger also be a God who is interested in whether I fill out my tax return correctly? Can a God who wants justice in Africa and Latin America also be a God who can empathize when a child loses his or her pet? Is God interested in what I read, what I think, what I watch TV, how I drive my car, whether I smoke, whether I am overweight? Is God really active in the hundreds of details that make up everyday life?

The Bible gives a troubling answer to this question: the answer is yes. She speaks of a God who is “above all and through all and in all”.

That God is there in every detail of life is a message that the Gospel of Mark proclaims. In the first half of the Gospel of Mark, the question is asked of the reader: Who is Jesus? But Markus does not answer this question directly, but indirectly. And his answer is: Jesus is man and God at the same time. And that means: God knows from personal experience the little things that make up everyday life. But from the beginning there was skepticism as to whether something like this was possible. There were followers of Jesus who could not accept that God and man are compatible in one person. The divine spirit and human flesh are absolutely incompatible, they said. These skeptics believed: either Jesus was just human, devoid of divinity; or Jesus was a sham man, a passing manifestation of God. These skeptics could not believe that God is able to come into this world by birth. As one skeptic asked, “Did God really wear diapers?” Such doubters believed that the gap between God and man could not be bridged - even for God. 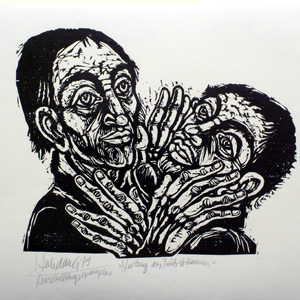 Mark's text scheduled for today is a response to such skeptics. Mark describes a Jesus who is a real person and not a phantom man. The real humanity of Jesus is demonstrated by the fact that he produced saliva. When healing the deaf and mute, he touches the tongue of the deaf and mute with his saliva, which according to the opinion of the time had a healing effect. He also sticks his fingers in his ears. He also sighs and speaks the language of the common people - Aramaic - as Mark testifies. What Mark describes here is provocative for the skeptics who did not want to believe in the incarnation of God in Jesus because they believed that it was beneath the dignity of God to do such a thing. A god who produces saliva, who sighs, who speaks an ordinary vernacular, and who sticks his fingers into someone else's ears - that is strong stuff! But this intimacy between Jesus and the healed is a demonstration of how close God is to us, how much he shares our everyday life. Because the incarnation of God was only possible because God feels what we feel and because he experiences every little thing that we experience.

But is this Jesus really God? The divinity of Jesus is a theme that Mark wants to proclaim, but he is also full of awe of God and of the mystery of God's incarnation in Jesus. Because of this awe, he cannot simply say: Jesus is God; such a direct statement is too banal to grasp the mystery of the person of Jesus.

Great truths can only be expressed indirectly. And Mark testifies to the divinity of Jesus by reporting what the people say in response to the miracle of healing. The reaction is: He did everything well, or as the standard translation says: He did everything well. Those who are familiar with the Bible will think of the creation story when they hear these words, which says: And God saw everything that he had made and, behold, it was very good. Only God is the one of whom one can say: He did everything well. As Jesus stated: Only God is good. And this truth is transferred to Jesus in the text of Mark, and Jesus and God are equated with it. 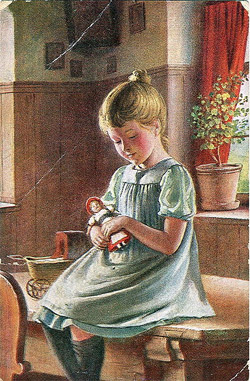 The theologian Helmut Thielicke expressed why this truth is so important with the following words: “God can only become my master when he is with me in the hundreds of little things that make up my life ... If God has no meaning has for the tiny mosaic stones of my little life, for the things that concern me, then it is none of my business. He cannot stir me up or be dangerous to me. "Every child can understand these words of a theologian. There was a mother who had difficulty with her young son because he did not want to go to bed because he was afraid of being alone. The mother said comfortingly: "You don't need to be afraid; the good Lord is with you!" To which the son replied: "That is just the scary thing!"

This uncanny realization that we are never alone, but that God is with us, feels with us, rejoices with us, is ashamed with us and suffers with us in everything we experience was revealed in the person of Jesus. Every little thing in life is therefore important. Jesus revealed a God who takes note when a sparrow falls on the ground.

It is reported of a mother who sent her daughter to a grocery store to get milk. Two hours later the girl was still not home. The mother was beside herself with worry. When the daughter finally came home, the mother angrily asked where she had been for so long. The girl said, “I'm sorry. I know I'm late, but I ran into my girlfriend by chance. Her doll broke and I had to help her. ”The mother asked:“ But how could you help her? Were you able to fix the doll? ”The daughter said,“ No, not really, but I sat next to her and helped her cry. ”

This incident illustrates what God is like. He is next to us and weeps with us when we are sad, and is happy with us when something works. May God help us to perceive this uncanny message every day and to live accordingly.

The wall painting Fresco Cylus of the Johanneskirche in Müstair, scene: 'Healing of the deaf and dumb', around 830, Master von Müstair, and its reproduction belongs to the "public domain" worldwide. The image is part of a reproduction collection put together by The Yorck Project. The copyright of this compilation lies with Zenodot Verlagsgesellschaft mbH and is licensed under GNU Free Documentation.
The photograph 'Hamster', Luis Miguel Bugallo Sánchez, 2005, was published under the GNU Free Documentation License. Permission is granted to copy, distribute, and / or modify the file under the terms of the GNU Free Documentation License, Version 1.2 or any later version published by the Free Software Foundation.
The postcard 'Girl with a Doll', dated 4/7/1914, 2008, Anonymous, is in the public domain in the United States because it was published before January 1, 1923.
We would like to thank Ms. Friedgard Habdank very much for making her husband's pictures available to us in such a generous and free way. © Galerie Habdank, www.habdank-walter.de

^ To the top of the page