Nicotine sickness is the newest fear of vaping 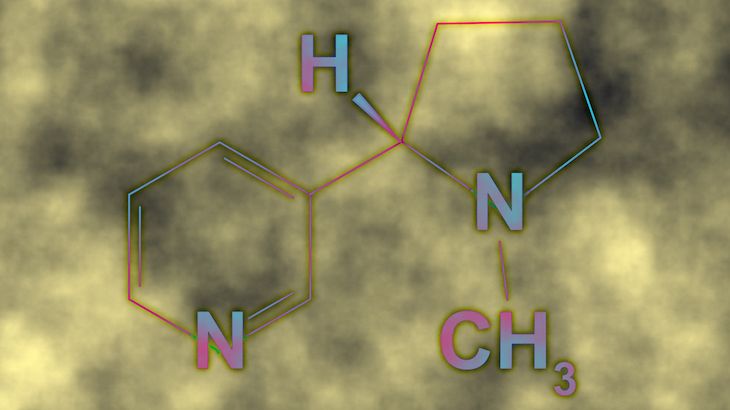 The neurotoxin nicotine in tobacco smoke is highly addictive - because it docks on certain nerve cell receptors and activates them permanently. Since nicotine affects many areas of the nervous system, the effects are also diverse.

Nicotine is a so-called alkaloid that occurs naturally in the tobacco plant. But it also exists in other nightshade plants. Nicotine is smoked in tobacco or contained in vapor; Possession of nicotine-containing tobacco is legal and widespread.

Nicotine easily crosses the blood-brain barrier. When inhaled in tobacco smoke, nicotine reaches the brain in ten to 20 seconds. But it can also be absorbed through the skin.

Nicotine activates so-called nicotinic acetylcholine receptors in the nervous system by attaching to them. These are actually stimulated by the messenger substance acetylcholine. Nicotinic ACh receptors are mainly found on the motor end plates, where signals from nerve cells are transmitted to muscles. In the brain, the receptors are located, among other things, on the downstream nerve cells of the sympathetic and parasympathetic nervous systems. This part of the autonomic nervous system controls unconscious processes such as bowel movements and the heartbeat. Since nicotine has a similar effect to the actual messenger substance, it interferes with important functions here.

Once nicotine has bound to the ACh receptor, various messenger substances such as dopamine, adrenaline, noradrenaline and serotonin, but also hormones such as cortisol, are released. While acetylcholine is quickly broken down again, nicotine binds to the receptors for a long time. As a result, the excitation of the respective cell lasts longer. As a result, the cell also needs longer to reach its resting state after the activity phase and to be able to fire a new signal - the nicotine thus inhibits the cell.

In the long term, the cells adapt to this mechanism and build additional receptors into the cell membrane. If nicotine is missing, suddenly too many free receptors are available, and the downstream nerve cells can no longer be excited to the extent that they should. The dopamine level drops and the desire for a new cigarette arises. Since the ACh receptors are important for the transmission of nerve impulses to muscle cells, a high dose of nicotine can have a paralyzing effect on the muscles. If the respiratory muscles or the heart muscle are also affected, this can be fatal.

Nicotine is broken down again very quickly in the body. After just 30 to 60 minutes, it is oxidized by the liver. Therefore, even heavy smokers usually do not poison themselves with nicotine: They detoxify overnight.

Nicotine can penetrate the placental barrier and also get into breast milk. Women who smoke are more likely to have premature births.

Effects on body and mind

Nicotine has a stimulating effect due to the increased release of noradrenaline, adrenaline and vasopressin. The heart beats faster, the blood pressure rises, the blood vessels constrict. This leads to higher performance in the short term. Nicotine also increases the sugar concentration in the blood, which reduces the feeling of hunger. However, the stimulating effects only occur at low doses. A high dose of nicotine has a calming, sometimes even paralyzing effect. This explains why many people find smoking relaxing. The stimulating effect of low doses and the fact that nicotine is broken down so quickly are, on the other hand, the reason why the first cigarette of the day has the strongest effect. After that, it's just a matter of maintaining a constant level of nicotine.

Nicotine causes the release of the neurotransmitter dopamine in the nucleus accumbens in the brain. As a result, it activates the reward system, which leads to the rapid development of an addiction with psychological and physical dependence. In fact, according to researchers, the addiction potential of nicotine in tobacco smoke is only surpassed by that of cocaine and heroin. While the physical withdrawal symptoms such as restlessness, irritability, sleep disorders and headaches disappear after one to two weeks, the psychological dependence can persist for a long time. One reason for this is the so-called addiction memory (addiction - motivation to bad goals), which connects certain situations or experiences with nicotine consumption - the famous cigarette afterwards, for example.

With many of the risks mentioned here, it must be mentioned that not all effects can be attributed to nicotine alone, but are also favored or intensified by other substances found in tobacco.

In the short term, high doses of nicotine can cause symptoms of intoxication. The symptoms range from headache, nausea and cold sweat, but also tremors and palpitations. Severe poisoning can cause convulsions, shock and coma. Circulatory collapse and doses of one milligram per kilogram or more of body weight can result in death from respiratory paralysis. Almost without exception, such poisonings are accidents “in which people accidentally ingest nicotine-containing liquids such as pesticides or beverages contaminated with cigarettes.

Nicotine intervenes in lipid metabolism and increases the concentration of free fatty acids and cholesterol in the blood. This increases the risk of arteriosclerosis and cardiovascular diseases. Atherosclerosis and myocardial infarction are the most common causes of death in industrialized countries. Since smoking is still widespread, a connection here cannot be ruled out.

In addition, there is an increased formation of hydrochloric acid in the stomach and as a result gastritis and gastric ulcers. Apart from that, nicotine also affects blood clotting and increases the risk of thrombosis. It can lead to vascular spasms and the smoker's leg.

The metabolism changes in heavy smokers. The breakdown of the drug increases sharply. The problem with this is that other substances are also converted to a greater extent as a result. This activates carcinogenic substances and increases the risk of cancer through nicotine, although nicotine and its breakdown products are not carcinogenic themselves.

A 2013 study found that smokers between the ages of 25 and 79 were three times more likely to die than non-smokers. The average life span was also reduced by a full ten years.

Nicotine is one of the oldest known pesticides.

Allegedly, Christopher Columbus is said to have brought the first tobacco to Spain in 1492. Responsible for the distribution in Europe, however, is Jean Nicot. In 1560 he imported tobacco to France as a medicinal herb.

In 1828, Karl Ludwig Reimann and Christian Wilhelm Posselt isolated nicotine for the first time and named it after Jean Nicot.