How did Kilimanjaro come about 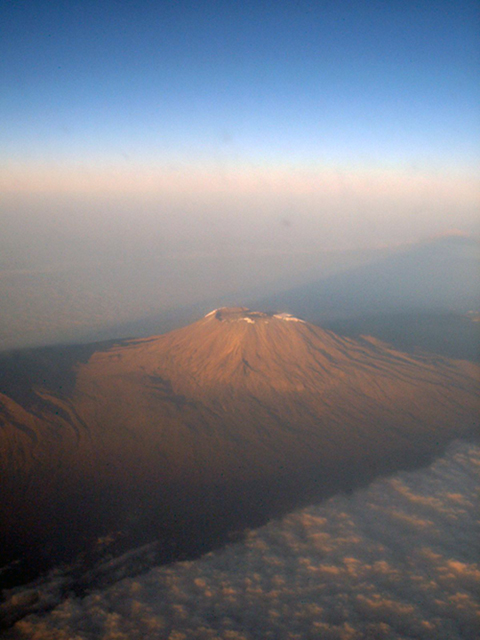 Kilimanjaro (also: Kilimanjaro) is located in the northeast of Tanzania on the border with Kenya and, at almost 6000 meters, is not only the highest mountain in Africa but also one of the highest freestanding mountains in the world.

Kilimanjaro has three extinct volcanic peaks. The Kibo or Uhuru Peak is the main crater. It has a height of 5895 meters and its peaks are glaciated. The Mawensi has an altitude of 5270 meters, and the Shira has an altitude of 4000 meters.

The Kilimanjaro massif, protected as a national park, is a UNESCO World Heritage Site and is of volcanic origin.

In this area, the African and East African plates have separated and drifted apart for millions of years. They form the East African Rift, which, according to geologists, will expand into a new ocean in the distant future. At the edge of this trench, magma flows out of the earth's interior and creates volcanoes.

Kilimanjaro was already mentioned in antiquity (around 100 BC) by the geographer and astronomer Ptolemy as a snow-covered mountain near the sources of the Nile.

Around 1850, the researcher Rebmann discovered Kilimanjaro with its snow-capped peak in the middle of Africa. But British geographic society did not believe him at the time.

The first ascent of Kilimanjaro was achieved in 1889. On October 6, 1889, the Leipzig geographer Dr. Hans Meyer together with the Austrian alpinist Ludwig Purtscheller the highest point of the crater rim.

The former "Kaiser Wilhelm Peak" was renamed "Uhuru Peak" in 1961 on the occasion of Tanzania's independence.
<?