Can you grow sweet corn in the UK? 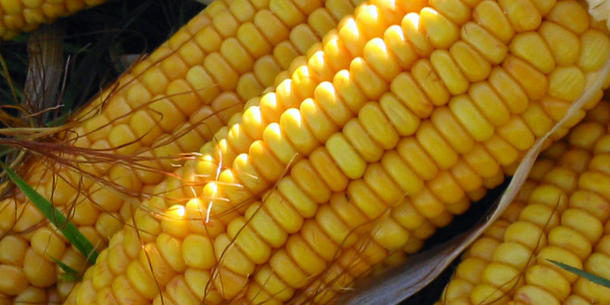 After the first EU approval for the genetically modified MON810 maize expired after ten years, a new application had to be made in 2007. Again a safety assessment was carried out, this time according to the more stringent requirements. New scientific studies on possible environmental impacts were also incorporated. But the decision to re-register has been dragging on for years. But no matter how this second process goes: The cultivation of MON810 maize remains banned in most EU countries.

EU approval 1998. MON810 maize was developed in the 1990s by the agrobiotech company Monsanto (St. Louis, USA). It produces an active ingredient (Bt protein) that works specifically against certain harmful insects (European corn borer). The cultivation of MON810 was approved in the EU on the basis of the then applicable release directive (90/220), the use as food according to the Novel food-Regulation. 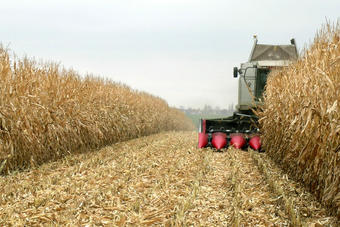 MON810 maize is not new to Germany. It has been cultivated in Germany since 1998, initially on limited trial areas. Between 2005 and 2008 there was a “regular” cultivation of MON810 maize.

New insights. The new approval of MON810 also took into account more recent results from safety and accompanying research, such as studies on harmful effects on butterflies and other “non-target organisms”.

A scientific safety review was a prerequisite for approval. The expert committee responsible for this at the time (Scientific Committee on Plants) came to the conclusion that, based on the knowledge available at the time, the cultivation and use of MON810 was just as safe as with conventional maize varieties. Apart from the gene for the Bt protein, the MON810 maize contains no other foreign genes, including antibiotic resistance markers.

For years, MON810 has been the only approved GM plant grown in the EU. Larger cultivation areas are only found in Spain, smaller ones in Portugal, the Czech Republic and Slovakia. In 2016, the area cultivated with MON810 in the EU is around 130,000 hectares.

In addition to the EU, MON810 is approved for cultivation in 14 countries, in many more as feed and food.

National bans. Several EU countries, including Germany (2009) and France (2008 and 2014) have suspended the EU-wide approval for MON810 and issued national cultivation bans. In doing so, they relied on a clause in EU laws according to which individual member states can issue such bans if new scientific findings cast doubt on the previous safety assessment.

Such national bans have been reviewed several times by the European Food Safety Authority (EFSA), for example in 2012 and 2014 on the occasion of the bans in France and in 2013 in relation to Italy and Luxembourg. Recent studies on possible effects on certain animals, such as ladybirds, caddis flies and other butterflies, were also included. The question of a possible accumulation of Bt protein in the soil was also examined again. According to the EFSA, several long-term studies carried out under practical conditions did not provide any indications of such effects.

Several of the national bans of the time ended up before the European Court of Justice (ECJ), most recently that of Italy. In all cases, bans based on security gaps were rejected as unfounded by the Luxembourg judges. “If it cannot be proven,” said the European Court of Justice (judgment 13.09.2017), that “poses a serious risk to human or animal health or the environment, neither the Commission nor the Member States have the power to take immediate measures such as the ban of growing MON-810 maize. "

The EU's new legislation is now in force. Since 2015, member states have been able to prohibit the cultivation of GM plants approved in the EU without having to cite scientific reasons as before. This has also happened for MON810: nineteen countries have drawn this opt-out clause, in all cases it has Monsanto that accepts. In March 2016, the EU Commission also formally decided to change the current MON810 approval: It is now only valid in nine countries and in parts of Belgium and Great Britain.

The second approval for MON810. As with all GM plants and their products approved under the earlier regulations, the approval of MON810 expired on April 18, 2007 after nine years. Monsanto had previously submitted an application for a renewal of the approval in due time and submitted the documents required for a new safety clearance. Until the conclusion of this new procedure, the old MON810 approval from 1998 will continue to be valid - albeit with the now legally binding regional restrictions of the scope.

In 2009, EFSA's panel of experts responsible for genetic engineering published the new safety assessment. Much more intensely than when it was first approved, it was concerned with whether the Bt protein formed in MON810 maize not only endangers the European corn borer, but also other animal species. The new EFSA opinion on MON810 has evaluated numerous individual and summarized studies (meta-studies), for example on water-dwelling insects, bees and earthworms. The EFSA experts were unable to identify any particular risk posed by MON810. A harmful effect of the Bt protein is certainly possible in butterflies, but the butterfly larvae hardly come into contact with the Bt protein of the MON810 maize under natural conditions. Model calculations have shown that 0.3 to 0.8 percent of the animals of the cabbage moths could die if MON810 maize were cultivated in a region. Similar model calculations were also carried out for other butterfly species. The EFSA experts then rule out any endangerment of entire butterfly species.

MON810 maize safety research. In Germany, the Federal Ministry of Education and Research (BMBF) has funded numerous biological safety research projects that deal with the possible environmental effects of Bt maize for many years. The possible effects of growing MON810 maize on other insects and organisms (non-target organisms) were also examined, as well as the question of a possible accumulation of Bt protein in the soil.

A total of around one million animals were collected, identified and evaluated. The few effects that could be attributed to the Bt protein active in MON810 were minor and were significantly below those of conventional insecticide treatments.

Decision about the renewed cultivation approval of MON810. Although the new scientific safety assessment for MON810 maize was completed in 2009, the EU Commission has still not granted approval. As usual, during the political votes in the responsible committees, the member states were unable to agree on a common position with the required qualified majority. However, the renewed import authorization for food and feed made from MON810 maize has been granted. (As of September 2017)

If MON810 were to be approved for cultivation in the EU again, this would have no effect on the national bans that have now been adopted. The cultivation of MON810 maize would remain prohibited in Germany, France, Italy or Austria, even if MON810 is again classified as safe for humans, animals and the environment according to the current state of knowledge.