Why does the voltage of the photodiode "jump"?

I set up a BPW-21 photodiode as follows: 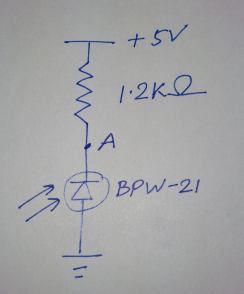 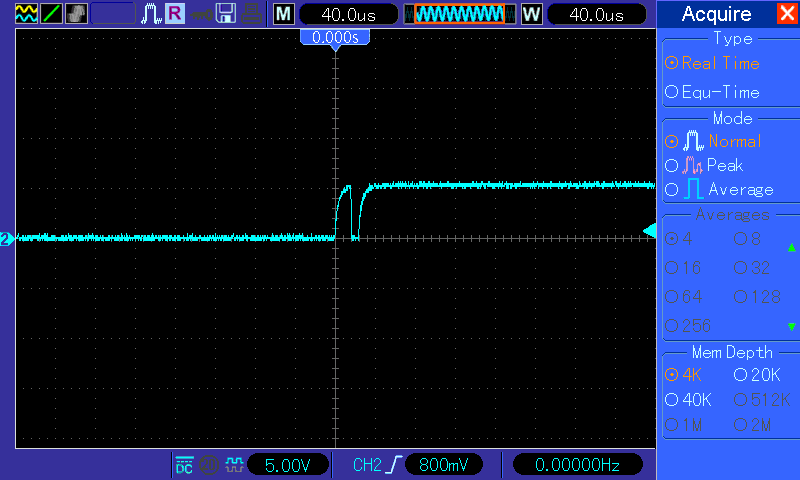 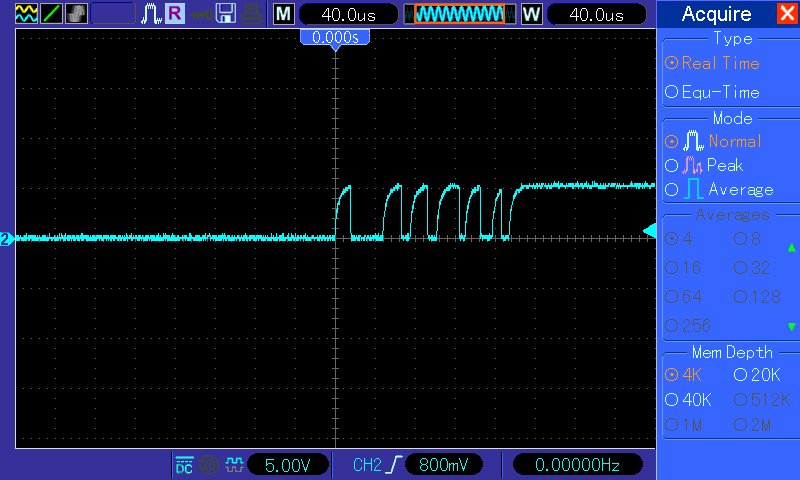 My question: Why does the voltage "jump" at point A? What happens in the photodiode to cause the voltage to jump between + and + 5V before the expected value is set? Any ideas

The solution of these equations leads to a non-linear current-intensity relationship, which causes a relaxation oscillation when the diode is switched on.

See here or the following image: (Image source: p. 45 of this document) 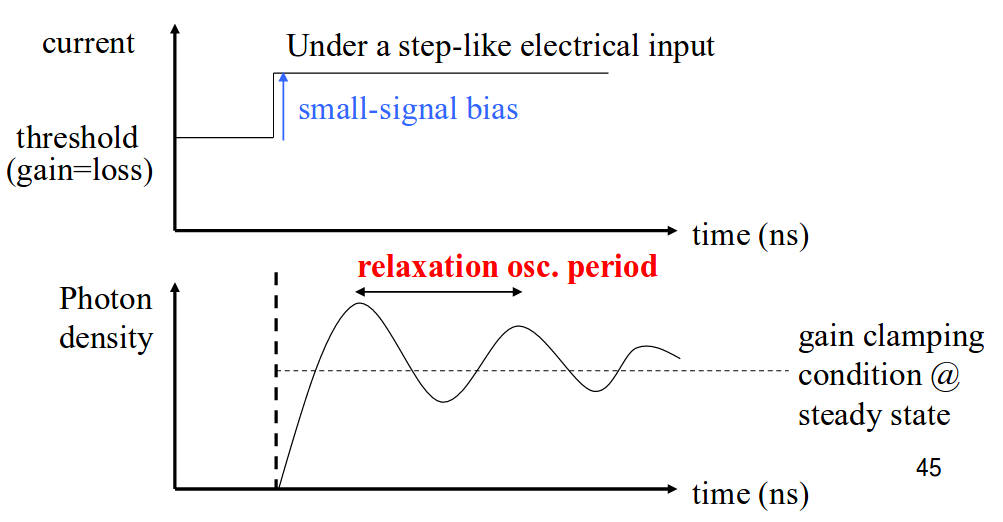 And what you see is exactly that oscillation near the rising edge of the signal.

It could be movement. Probably at the laser source, but it could also be at the end of the photodiode, even a fan can cause sensitivity somewhere.

However, if you have no or the wrong bezel, you can also get stray laser paths to the sensor as the laser crosses the sensor's metal cover or reflects within the array.

If you have any other type of window optical lasers they can hop around in these too. 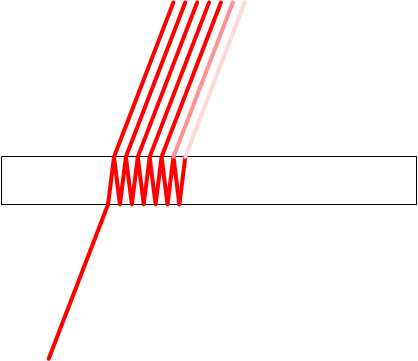 Over-sensitivity of the detector circuit also causes distress. For best results, you want the detector circuit to be at full exposure as well not crowded somewhere in the 80-90% -Swing area holds . This gives you sufficient tolerance for it to work over a wide variety of devices and performance conditions, while still giving you sufficient signal range to use appropriate hysteresis.

Often times, people think that they need to use pinpoint lasers for position detection because they think lasers are wonderful. The truth is, if you don't want to position something at a distance with <1mm accuracy, using a laser can actually cause more grief than using a less columnar light source.

With lasers, it is important to align both ends. With a simple light source and an appropriately assigned receiver, all you have to do is position the receiver precisely.

Thermal problems can arise when the laser and receiver are meters apart. Relative movement between them due to the thermal expansion of what they are attached to can cause the laser to completely miss the target. In fact, keeping both ends mechanically coupled is generally a problem.

In many cases I have found it advisable to actually defocus the laser so that it arrives as a quarter-size dot at the receiver end. The bezel on the detector was accurate enough for the job at hand, but the alignment and vibration problems disappeared.

There is mechanical movement. That will likely have vibrations.

The photodiode output ---- what you showed ---- is rail-to-rail because the laser is so intense. Place a filter between the laser and PD and get a better view of the incoming energy.

I suspect the laser beam could be smaller than the area of ​​the PD. If so, some parts of the beam as it moves across the area may guide and then not guide, causing the apparent "bounce" until enough PD is activated to turn the diode on. On the way out, the effect is repeated until the beam is removed from all areas of the PD. This can be checked by holding the beam still and using something to break its path instead of moving it across the PD.

We use cookies and other tracking technologies to improve your browsing experience on our website, to show you personalized content and targeted ads, to analyze our website traffic, and to understand where our visitors are coming from.

By continuing, you consent to our use of cookies and other tracking technologies and affirm you're at least 16 years old or have consent from a parent or guardian.