How do the smartphones run waterproof?

Afraid of water: The problem with waterproof cell phones 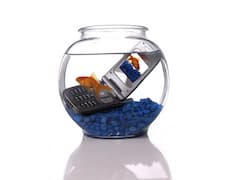 Afraid of water: The problem with waterproof cell phones
Image © Sara Robinson - Fotolia.com Splash, then it happened: The smartphone is in the sink. It is good if it is a specially protected device. Then it is simply a matter of fishing out, rinsing and continuing to use. Some manufacturers even advertise certain models as particularly robust.

Manufacturers like to advertise with special features, including the waterproof feature. But what is announced on the product sheet should not be tested in everyday life. Because even if a smartphone or tablet should be protected from water, it does not mean that it is also waterproof. Sony recently gave a detailed advice on its website not to submerge devices in water, although the manufacturer used pictures of photos taken with cell phones and tablets underwater for advertising purposes and explicitly advertises the devices as being waterproof. Something similar has happened with Samsung in the past. More on this in our editorial: Don't go into the water with waterproof cell phones.

If the user has doubts as to whether a device is really protected against water, he should look up the manufacturer's specifications in the manual before going diving with the mobile phone. As a rule, the manufacturer there speaks of associating waterproof cell phones only with clear water without additives. Chlorine, salt water and soap, however, can damage the device. Ralph Mausolf from the Association for Smartphone Repair Companies (SQRM): "Many people bring their defective smartphone for repair because they have exhausted the manufacturer's advertising promises and have used their mobile phone underwater."

The connection sockets in particular are weak points in a cell phone. For example, through the headphone connection or the USB socket, water can easily get into the device. In the case of the waterproof and dustproof devices, these connections are sealed from the inside or protected with a rubber cap, but that does not offer 100% protection either.

Despite the protection class, you shouldn't expect too much from your smartphone. Still, dust- and waterproof cell phones are a good choice for people who always want to have their smartphone with them. Appropriate additional protection is particularly useful when users are out and about a lot in nature or regularly go jogging with their smartphone in bad weather.

But even smartphones that are not IP-certified can lose a few drops of water. After all, the battery is permanently installed in many newer devices. So there are fewer cracks through which water can penetrate. If you want to harden your smartphone, which, like most models, is presumably not water and dust resistant, you can use a protective cover. However, this should fit perfectly and meet certain properties. We have already tested a case for the iPhone and a waterproof camera case was also convincing.

Ralph Mausolf advises foil bags for a few euros: "You pull them over your smartphone and put a sticker on the back," explains the repair expert. "Then the smartphone is waterproof and it works." Such a solution is not forever: at some point the sticker would come off again. Alternatively, the inside of the smartphone can also be sealed waterproof with a spray. This is called nano coating. Since the device has to be opened and partly disassembled, you lose the manufacturer's guarantee.

Dropped in the water: quick drying is a must

But what if a phone falls into the water that is most likely not protected, or that you simply don't know about? Then it is important to act quickly, advises Mausolf: switch off, remove the battery if possible, remove the SIM and memory cards "and then suck off the moisture with a vacuum cleaner for ten minutes". Then put your mobile phone in a box filled with rice, let it dry for a day and switch it on again. "Then the chances are fifty-fifty that the device will work again."