Is it easy to stroke animals?

Stroking - or better not? Children should learn how to handle dogs properly 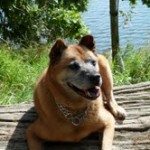 According to German liability insurers, 30,000 cases of damage caused by bite injuries are registered in the Federal Republic every year. The number of unreported cases, especially in the case of minor injuries, is likely to be considerably higher. Not only are children more likely to be bitten by dogs than adults - bite injuries in children are often more severe than in adults because dogs are more likely to bite young children in the neck or face.

“I know the dog” is not enough

Important to know: Most bite injuries in children are not caused by strangers, but by dogs they know or by dogs in their own household. Small children should therefore never be left alone with a dog, not even with your own. On the one hand, children at that age cannot yet assess a dog's behavior. On the other hand, there can be situations in which the dog feels attacked.

Dog owners must ensure that their children (and their friends) learn and adhere to the basic rules for dealing with their four-legged playmate as early as possible. This includes, for example, that you must not disturb a dog while eating. Dogs react like game animals: if they have something to eat, they defend their “prey”. Dogs are not allowed to be hugged because they can perceive it as a threat. It must also be made clear that dogs must never be teased. A dog lying in its basket should be left alone. He signals that he needs a break.

Since dogs can be encountered anywhere in public spaces, all children, regardless of whether a dog lives in their household or not, should learn how to handle dogs properly. Both children and adults should generally approach strange dogs with caution, because every dog ​​has its own characteristics and experiences with children.

Patent recipes do not apply! If children encounter a strange dog, they must ask the owner if he allows it to be petted. If so, the child can slowly approach the four-legged friend from the front and wait until the animal makes contact by itself, for example by sniffing the outstretched hand. Dogs must never be touched from behind surprisingly! If the dog backs away after the "greeting", you are not allowed to go after and harass him. A dog that is on a leash outside a shop may not be petted. Dogs in the car or behind garden fences should also not be approached - they can quickly feel attacked.

If the child is old enough, it can also learn to understand the body language of animals. A retracted tail signals anxiety. The dog should then be left alone. It can be a little more difficult to teach children not to run away from dogs - even if they are scared. Because dogs like to run and hunt. A running child invites you to snap. Therefore: stop and turn away from the dog. A standing, immobile person quickly becomes uninteresting for the dog. Last but not least, a saying: “Dogs that bark don't bite”. It would be nice if it were that easy. But this rule is wrong, even barking dogs can snap shut. Children should learn to keep an eye on the overall situation instead of blindly trusting supposed rules.