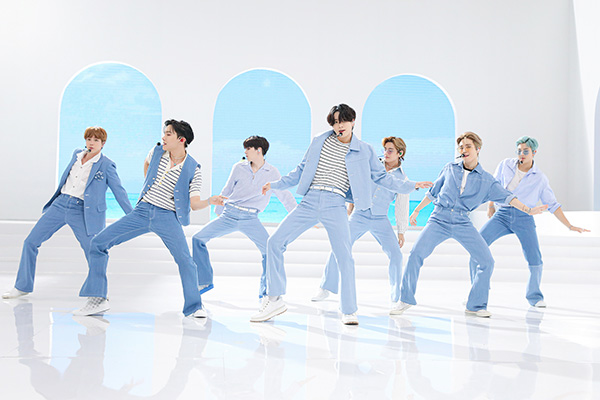 The K-pop sensation BTS last led the Billboard Hot 100 singles chart for the second week in a row with their latest hit “Dynamite”. The boy band hopes to cheer up their fans during the corona pandemic. BTS is the first Korean group, or singer, to take first place in the hit parade. With this, BTS wrote another piece of Korean pop history. Regarding the potential economic impact of this, Real Good Economic Institute Director Lee In-chul says:

A report by the Ministry of Culture and its affiliated Korean Culture and Tourism Institute stated that BTS 'success on the Billboard Hot 100 chart could generate production-induced effects of 1.2 trillion won and 480 billion won in added value. Overall, the economic effect is expected to reach 1.7 trillion won, or about 1.5 billion dollars. Exports of related consumer goods such as cosmetics, food and clothing could increase by $ 312 million. Also, the K-pop group's achievement is expected to generate 7928 jobs. The result is based on the analysis of the sales volume of the BTS agency Big Hit Entertainment as well as the statistics of the Korean Customs Service, the Bank of Korea and the data from Google Trends.

"Dynamite" grossed an estimated 245.7 billion won, or $ 207 million, worldwide. The number does not include the offline concerts, but does include the income from a concert that was held online because of the Covid-19 pandemic:

The economic effect of the new BTS piece on production, added value and jobs will be enormous. The Hyundai Research Institute says that if BTS's popularity grows 1 percentage point based on search volume on Google Trends, Korean exports of cosmetic products will increase by 0.72 points, food by 0.45 and clothing by 0.18 Points. Based on this analysis, BTS is likely to help boost overseas sales of cosmetics by 276 billion won, groceries by 74 billion won, and clothing by 21 billion won.

However, the study does not take into account the potential impact on the Korean tourism industry including the increasing number of foreign visitors to Korea as the pandemic restricts foreign travel. Taking into account BTS's future concert tours, the effects on tourism and Korea's stronger brand image, the economic impact of success on the Billboard Hot 100 is likely to exceed the estimated $ 1.5 billion:

BTS began its activities in earnest in 2014, and in October the group took the world by storm, which also boosted Korea's global image. According to a report by the Korean Foundation for International Cultural Exchange, nearly 800,000 foreigners visited South Korea every year because of BTS. It is estimated that 7.6 percent of visits from foreigners are due to BTS. The annual production-induced effect is estimated at 3.6 billion dollars, the added value at 1.2 billion dollars.

The Korean girl band Blackpink also made it onto the Billboard Hot 100 hit list repeatedly. With her latest single "Ice Cream" she climbed to 13th place. The economic effect generated by K-Pop singers grows with every success on the international stage. After the successes of BTS, Blackpink and the Oscar-winning film “Parasite” and the associated growth in South Korean cultural content, South Korea reached 10th place on the global innovation index 2020 of the World Intellectual Property Organization on September 2nd:

No doubt, the movie “Parasite”, like BTS, clearly demonstrated the power of Korean cultural content. South Korea climbed one notch in the global innovation index to 10th place within a year. It's the first time Korea has made the top ten list. This is the highest ranking after Singapore's 8th place.

The purpose of the global innovation index, which was introduced in 2007, is to measure the innovative capacity of countries and to provide them with information on how to adjust their policies and business strategies if necessary. This is seen as an important element of economic development:

Korea's cultural industrial production accounted for 3.7 percent of gross domestic product in 2000. The value rose to 5 percent last year. This means that the cultural industry's share of the economy is growing. In order to climb to the next level, experts believe that Korea needs to make cultural content platforms more competitive. According to the Hyundai Research Institute, Korea's cultural industry is the seventh largest in the world. Accordingly, the presence of industrial intellectual property is growing on the back of Hallyu's strong global fanatic, Korean pop culture. In terms of tasks, the institute says that Korea lacks globally competitive content platforms like Netflix and that labor productivity in the culture industry is rather low. In order to develop Hallyu into an industrial trend, and not just as a cultural content, it is necessary to intensify research efforts and expand overseas marketing.