What is the tallest prefabricated building

In London, construction of a student residence has begun, which is not only supposed to be ready for occupancy particularly quickly - in 12 months. With its 29 floors, Apex House will be the largest building in Europe made of prefabricated modules. 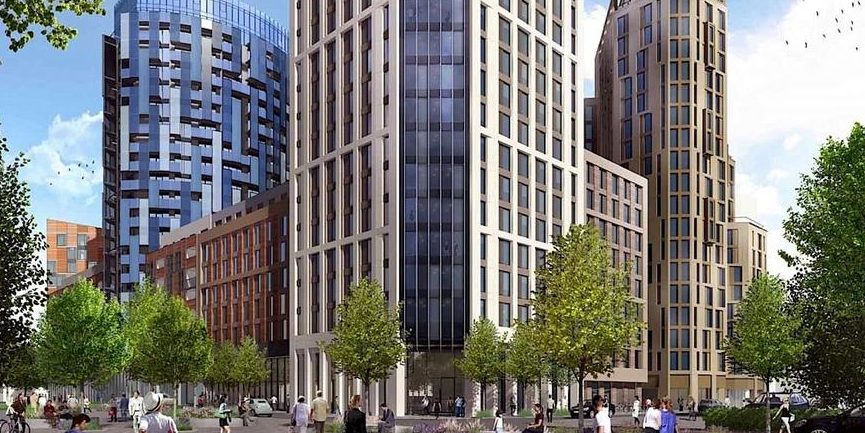 The Apex House in London will be the tallest house in Europe made from prefabricated modules.

The Apex House will be 29 stories high and built from prefabricated modules. 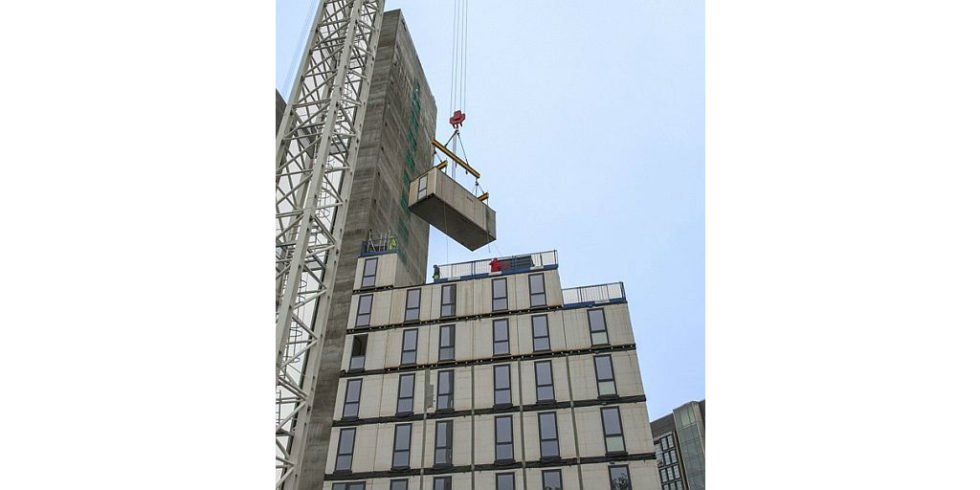 The modules during construction are simply stacked on top of one another and then firmly connected.

560 student rooms will be built in the building complex, not far from Wembley Stadium. 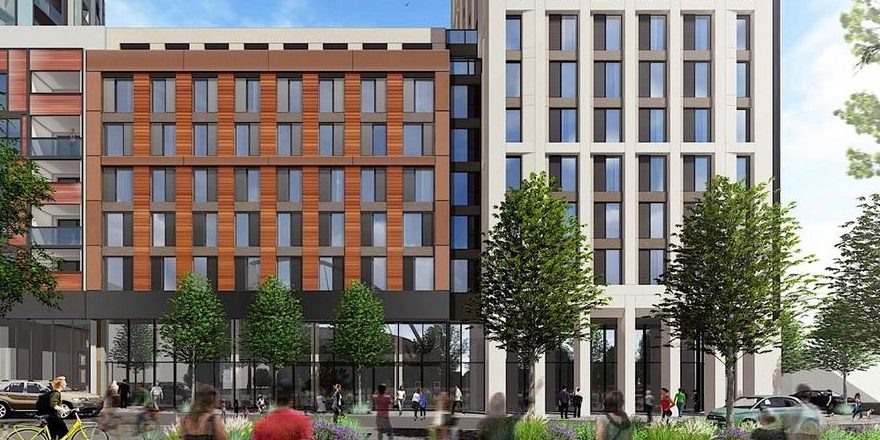 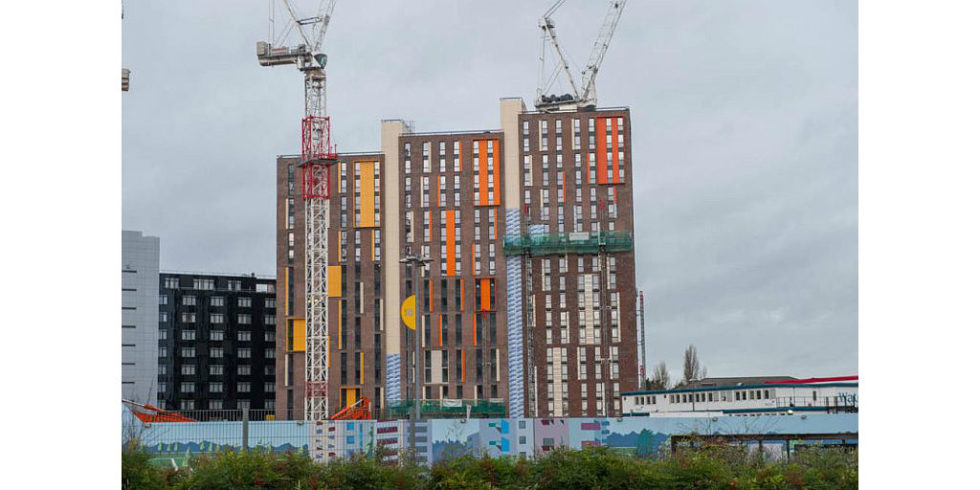 In London there are already a number of larger building complexes made from modules. In the picture the Dexion House in the Wembley district. 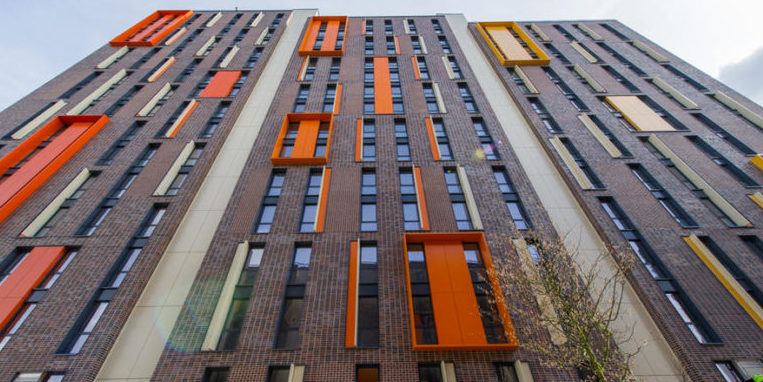 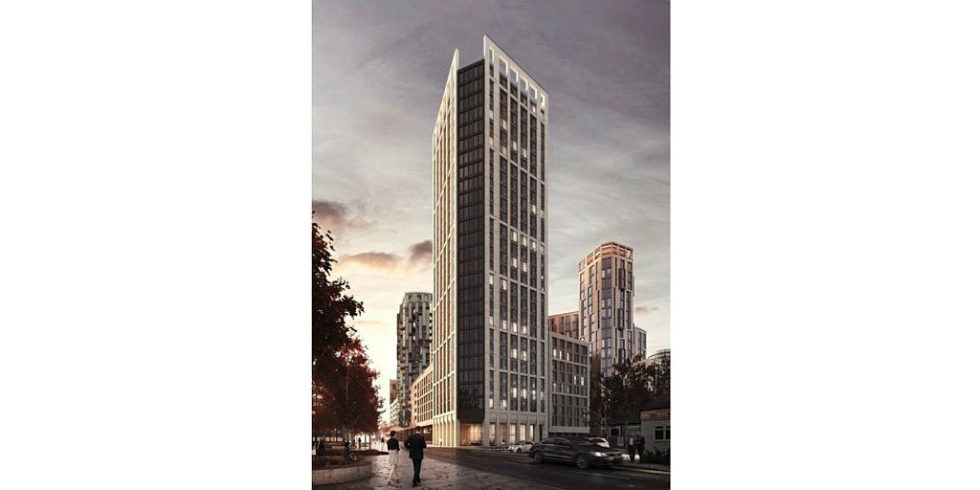 Construction work has started and if everything goes according to plan, the first students should move in here as early as September 2017. Apex House will be a 29-story, 560-room dormitory in Brent, North West London.

Here, near Wembley Stadium, is one of the UK's largest urban renewal programs. Around 11,500 new apartments and 10,000 new jobs are to be created in Wembley. The Apex House is part of it.

It is the fourth urban planning project in Wembley for the architecture firm HTA Design LLP in London. "Apex House is built in 12 months, which is at least a year faster than with conventional construction methods," says Simon Toplis from HTA Design. This means that the students could move in at the beginning of the 2017 academic year and speed up the renewal of the district, says Toplis. In addition, the quality of the modular design has already proven itself in previous projects.

The building itself will consist of three parts. The 29-story tower stands on the street corner and is flanked by lower structures in the north and east. Their facades are based on the terracotta cladding of the neighboring houses and vary them in lighter tones.

There will be a student canteen and a café on the ground floor, which will also be open to neighbors and passers-by. Among other things, private and affordable living space is to be created in these components. The corner tower itself with its flattened tip is to be clad with white, polished and glass fiber reinforced concrete panels. A colonnade opens at its base and emphasizes the main entrance on the street corner.

Room modules are delivered prefabricated from the factory

For the modular construction of the project, the London architects are working with the company Vision Modular Systems, among others. The British company specializes in the manufacture of three-dimensional modules, which are mainly used in the construction of hotels, apartments, student dormitories, workers' quarters and hospitals. The prefabricated modules have a steel frame and a concrete floor. All installations, the windows as well as insulation and other work on the outer skin are automated in the production. After delivery to the construction site, the modules are then connected to one another.

According to the company, the modular design brings significant advantages: consistent quality, higher security, exact forecast of costs and fewer construction sites on the construction site.

The modular Apex skyscraper isn't the only attempt to create affordable housing in overpriced London. A Dutch architecture firm is also planning a high-rise building for students, loosened up by squares. The WG-Tower should even reach 30 floors.

Other companies in London have specialized in adding entire roof floors to existing houses in a modular fashion.