What job is urgently needed at NASA

If the asteroid Bennu really hits Earth, life on Earth could be over. A new study shows: The probability is 1 in 2700 so high that NASA has now started preparations to distract him with several space capsules. Alternatively, atomic bombs could force him off in a safe direction.

Bennu should hit the HAMMER: What sounds like a flippant saying is reality. Bennu is an asteroid orbiting the sun. With a diameter of around 500 meters, however, it is significantly larger than the Empire State Building in New York. Its weight is 79 million tons. If Bennu hits the earth, it could end in disaster for the earth.

It has been known since 1999 that Bennu exists. And that it could hit the earth too. But now the American space agency Nasa is sounding the alarm. With a relatively high probability of 1 in 2700, the huge chunk will hit Earth on September 25, 2135 and wreak havoc, according to new calculations by the Lawrence Livermore National Laboratory (LLNL). According to the researchers' expectations, an impact on Earth would release 1200 million tons of energy, 80,000 times more than when the Hiroshima bomb detonated.

That's why the US wants to get Bennu off his track. To achieve this, NASA, together with the LLNL and the Los Alamos National Laboratory, launched the HAMMER (Hypervelocity Asteroid Mitigation Mission for Emergency Response Vehicle) program. A nine-meter-long and 8.8-tonne spacecraft is planned to ram the asteroid. 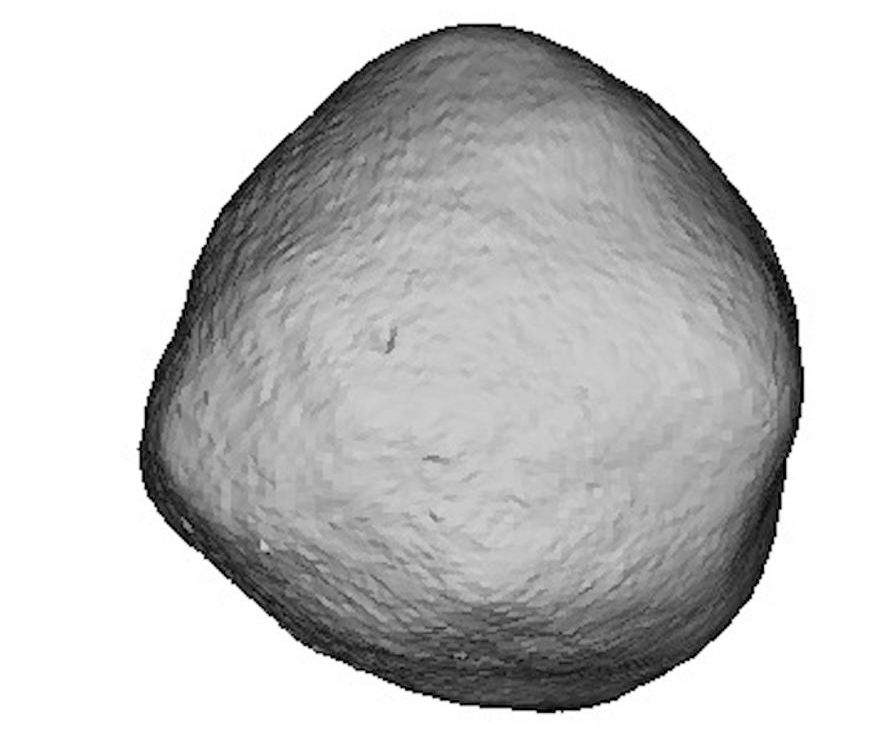 The asteroid Bennu was discovered in 1999. The impact of the roughly 500 m large rock on the earth would be a catastrophe.

Alternatively, it is supposed to transport huge atomic bombs into space, which are supposed to distract Bennu. The space capsules are to be carried with Delta rockets called IV Heavy. But it will not be so easy to meet Bennu, because he is racing through space at a speed of a good 100,000 kilometers per hour.

Even if the catastrophe does not threaten for 117 years, action must be taken today to tame Bennu. Researcher Kirsten Howley of the Lawrence Livermore National Laboratory: “Loss of time is the worst enemy. It is imperative to have usable solutions available as quickly as possible. ”The researchers prefer to“ ram ”the solution in order to throw Bennu off course. However, it must not break in the process. The debris would race through space uncontrollably and possibly hit the earth after all.

The Bennu tamers reckon that they will have to shoot between seven and 53 HAMMER capsules into space, which bundled together have the power to steer the colossus out of its orbit. The mission is scheduled to begin either ten or 25 years before the suspected impact.

The use of atomic bombs is still uncertain

The nuclear option is still in question. HAMMER, as it is now envisaged, may be too small to transport atomic bombs of the required explosive power. If it does succeed, the plan is to detonate the bomb (or bombs) a certain distance from Bennu. The resulting X-rays would vaporize the surface of the asteroid, releasing a force that would accelerate Bennu in the opposite direction, causing him to miss Earth.

To find out more from Bennu, NASA sent a probe to the giant asteroid back in 2016. In August 2018, the probe of the Osiris-Rex mission will reach, measure and analyze the surface of the asteroid. The probe should then take a soil sample and return to earth. More details about this mission can be found here.

More than a million near-Earth asteroids and comets have the potential to impact Earth. So far, scientists have only discovered around one percent of them with all the telescopes available on earth. That is why the debate about asteroid defense against the earth is getting louder and louder.