Is a cell phone with Android One good

Good and cheap: Android One phones at a glance

Android One: Good and cheap

For many Android fans, the Pixel Phones are the measure of all things. Google regularly provides its own smartphones with quick updates, the devices are always up to date. However: Pixel phones are not necessarily the cheapest devices. If you want one, you have to dig deep into your pocket. The current Pixel 3 is not available in the official Google shop for less than 549 euros, despite a discount of 300 euros.

Android One is the alternative to expensive Pixel devices

If you don't want to spend so much money and still want to be up to date, there is an alternative. It's called Android One and offers the Pixel software experience for well under 200 euros. Android One is a label for smartphones that all work with pure, unchanged Android. Google promises two years of version updates here, and security updates are delivered every month for at least three years. The devices are therefore considered to be particularly secure and are also in great demand in the business sector. The software is very streamlined, and even rather weak hardware should be able to cope with it. An intelligent power-saving mode ensures long runtimes.

The hardware for Android One comes from a Google partner, the Americans provide the software and support. The project was originally launched in order to be able to offer the cheapest possible devices, especially for the emerging countries. But Android One is also on the rise in Europe. Above all, HMD Global, which has taken over the Nokia brand, has campaigned for Android One. Almost all of the Finns' models work with the operating system; the few exceptions, such as the Nokia 1, use the even slimmer Android Go.

The original intention of a budget smartphone is still evident today in the price structure. The devices are usually priced below 200 euros, and a few scratch the 300 euros mark. The trend is also towards high prices for Android One, such as the Nokia 9 Pure View at 530 euros.

Unfortunately, those who are interested in an Android One device still have a limited choice of manufacturers. To make it easier for you, we have put together the seven most attractive models. With a click on the picture you get to the next device. 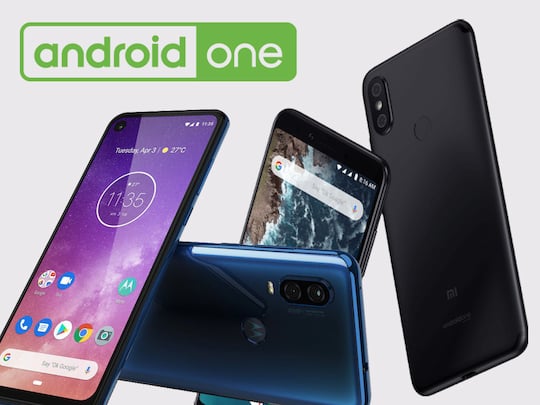