All organic acids are carboxylic acids 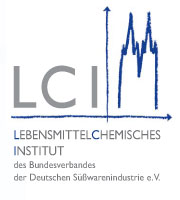 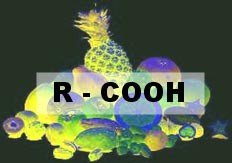 From a chemical point of view, the term “organic acids” stands for a large group of acidic compounds, the most important representatives of which are carboxylic acids. These have the general formula R-COOH, where R- (= remainder) for an organic group (e.g. methyl, ethyl, etc.) and -COOH for a carboxyl group with acidic hydrogen (ie tendency to donate protons in aqueous solution ) (see also LCI-Focus: What is the pH value - general information on acids and bases, confectionery issue 01 + 02/05). So-called organic acids represent a sub-range of organic acids. Fruit acids which, as the name suggests, occur especially in fruits. These fruit acids are mostly hydroxycarboxylic acids, i. H. they also carry a hydroxyl group such as citric acid, lactic acid, malic acid, tartaric acid, gluconic acid, or dicarboxylic acids such as fumaric acid or succinic acid.

Where do organic acids occur in nature?

Organic acids occur in comparatively high concentrations (on average 1–3%) in all types of fruit and in many types of vegetables. On the one hand, they are formed as metabolites of the intermediate metabolism of the plants. L-malic acid and citric acid are found in all plant and animal cells in which the so-called citric acid cycle takes place. During this central metabolic cycle, fats, proteins and carbohydrates are broken down through decarboxylation and dehydration reactions. As part of the citric acid cycle, an adult produces around 2 kg of citric acid and 1 kg of malic acid (!) As intermediate products and then breaks them down again. Both acids are ingredients of many fruits, with malic acid and others. occurs particularly in apples, quinces, gooseberries and grapes; Citric acid is the main acid in soft and citrus fruits.

Another way in which organic acids are formed is the treatment and processing of foodstuffs. in sour milk products and sauerkraut z. Some of them can form considerable amounts of lactic acid (up to 1.5% in sauerkraut). However, organic acids can also be the product of food spoilage. An example of this is acetic acid fermentation, which is the cause of the vinegar tinge in wine and the souring of milk.

Ascorbic acid (chemical synonym for vitamin C) is also very widespread in the plant and animal kingdoms. Humans, monkeys, guinea pigs and some other animal species need L (+) - ascorbic acid as a vitamin because they lack various enzymes for the body's own synthesis. Citrus fruits, bell peppers, currants, white cabbage and liver are particularly rich in vitamin C.

The organic acids sorbic acid, benzoic acid and propionic acid, known as preservatives, also occur in nature. Sorbic acid is found in rowan berries in the form of its lactone, sorbic oil. Benzoic acid comes as a glucoside e.g. B. in many types of berries, plums, cinnamon and cloves. Propionic acid occurs wherever microorganisms carry out propionic acid fermentation, e.g. in Emmental cheese. B. up to 1%.

What is the function of organic acids in food?

Many of the organic acids described are used to round off the aroma and to achieve a sour taste in foods. Malic acid is widely used in jams, jellies, sorbets, beverages, and canned fruit and vegetables (e.g. tomatoes). Tartaric acid is used in particular to acidify lemonades and showers. Lactic acid is used as an acidulant, among others. It is used in canned meat and vegetables and the antioxidant ascorbic acid prevents enzymatic browning in many canned fruit and vegetables. The preserving effect of sorbic, benzoic and acetic acid is mainly used for sliced ​​bread, jams, beverages containing fruit juices and pickled vegetables.

Even the large group of fruit-flavored confectionery cannot be produced without the addition of acids, because it is only the acids that enable the flavoring substances to develop. In addition, inter alia Hard caramels add edible acids to take away the “sticky” sweetness of the candy, stimulate the flow of saliva and dissolve the candy more quickly. Lactic, tartaric and citric acid are mainly used here.

How are organic acids analyzed?

Iodatometric (ascorbic acid, lactic acid), polarographic (ascorbic acid) or gravimetric analysis methods (tartaric acid) can also be used.
Chromatographic quantifications, especially by means of HPLC, have the advantage, in addition to high specificity, that possible isomers or metabolites of the corresponding acids can be determined side by side.

What does the legislature say?

All organic acids described are additives within the meaning of the Additive Admissions Ordinance (ZZulV) and have a so-called E number. Most acids and their salts have restricted approval under the ordinance. For example, acids in food for babies and young children may only be used in certain foods in specified quantities.