Coup scooter on the verge of collapse: sharing socialism 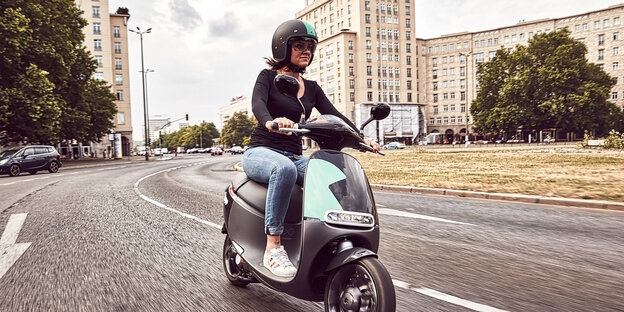 At the beginning of the year, Coup was still optimistic. The e-scooter rental company announced that it will significantly expand its fleet of quiet scooters in Berlin, Paris and Madrid. A few months later, however, the euphoria is gone. The services of the sharing company will be completely discontinued in a timely manner, the vehicles will be stored, and the customers' remaining credit can still be used or paid out. The attempt by the billion-dollar Bosch group to reserve a share of the mobility industry's sharing segment with its wholly-owned subsidiary Coup has therefore failed for the time being.

"A continuation of Coup is not economically feasible in the long term in the highly competitive sharing market with high costs at the same time," the company said in a statement. A sentence that implicitly addresses a fundamental problem with the sharing economy. As obvious as the principle of shared use of existing products and services is initially, so many problems arise in the commercial implementation of the various ideas.

In the case of a coup, the main problem will be the long time horizon in which profits can be generated at the earliest. You're not alone in that. Even Uber, an industry giant in the sharing economy that doesn't even have to spend on its own vehicles and outsource most of the economic risks to its drivers, continues to operate with losses of billions. The promise of future profits in a quasi-monopoly-dominated market still keeps venture capital in place. Still.

It is precisely this compulsion to have an absolutely dominant position that is the curse that companies are subject to in the “highly competitive sharing market”. The necessary permanent expansion with large investments and, at least in the medium term, much too low revenues, demands a good deal of trust in God from investors.

The price of mobility

Coup had still tried to improve the income side by changing the accounting mode. This is an understandable undertaking, but in the logic of the system it makes no sense. The scooter was kind of crazy when someone at Bosch in the venture capital department calculated how long it would take with the ideal process with the amortization.

In Berlin alone, the abrupt termination of the experiment means the loss of jobs for 75 people, according to the company. More rabid start-ups improve their margins through immoral employment relationships: So-called juicers, who charge the batteries of scooters according to the piece-rate principle, or pseudo-independent transport service providers without a basic wage can sing their sad song about the brave new sharing world. The dream of more flexible and environmentally friendly mobility has its price and its limits.

In addition to the obviously unsocial structure of all the individualized offers, they also have in common their relative uselessness. Wherever additional mobility offers are really necessary, in urban fringe areas or even in rural areas, the population and thus usage density is simply too low for profitable operation.

Instead, the providers crowd into the metropolitan centers, which are already overflowing with individual vehicles, and garbage them in their merciless competition with candy-colored wheels, scooters and scooters. Certainly, privately owned armored vehicles take up more space, but they don't disappear just because Coup has placed a scooter next to them.

One solution to the problem could be the expansion of public transport - even subsidizing it - so that it is really open to everyone and, yes, if you like, driving bans as well. And why stop halfway to socialism?

A sustainable transport concept could perhaps be paid for with the money collected through taxes that would otherwise only be burned in high-risk systems of the sharing economy. In general, "sharing": sharing is also possible without any interest in profit and should be a matter of course in any case in order to meet basic human needs, which include mobility.