What's worse than being weak

To be weak? Only the others are allowed! 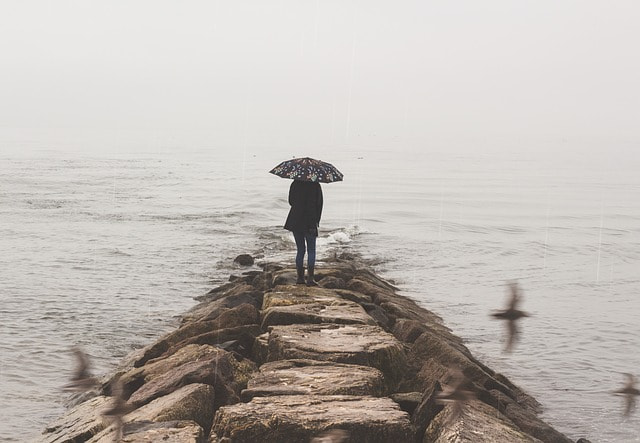 “I just thought: Maybe that goes for others,” a woman said to me recently on the phone. It was the weekend in the evening. She called because she had the feeling that she could not take it until the next therapy session on Wednesday without talking to someone. That the pressure would be too great again, the clouds too dark again.

By the time she finally started therapy, she told me, a lot had happened. An unfulfilled love, then years of distraction through work and ignoring all men, the next unfulfilled love, a need for care at home, the 40th birthday, still childless, the loss of the good relationship with her brother. She got back to work, got confirmation, felt important. But the weekend kept coming. Where there was no reason to do something for the company. At some point there was nothing left to repair in the house either. And then at some point Christmas came. A Christmas spent alone. Because she felt too old to spend Christmas as a child with her parents. Because those she wanted to hang out with didn't make time for her. Christmas alone didn't make sense, the future didn't make sense. So she spent the holidays figuring out a painless way out of life.

In those days at that time all strength had drained from her, so that she did not implement her plan. As the New Year started, she made it out of the house and decided not to give up just yet. She looked for a therapist. In one of the first sessions, she said to her: "You can be weak sometimes." That was exactly what triggered the reaction mentioned at the beginning: "I just thought: This may apply to others."

I believe this reaction is symptomatic. Many of us are driven, have the feeling that we always have to perform, always have to function. Not being allowed to be weak. Not to be allowed to lean on. To be looked at crookedly when they open. It was nice to hear this story because it ended well. The woman has found her way back to life. But not only that: she has also learned to accept her weak points. To allow help. To dare to turn to someone.

We are always happy to be able to accompany people on this path for a while. It does not matter whether you are at the beginning and the contact with us is the first hurdle or whether you are in the middle and only urgently need someone who can endure the situation with you.