Delivery Hero wants to become a 15-minute everything supplier

Up to two years waiting time for a tea delivery - that was still quite normal in the late Middle Ages around 1400. Camel caravans brought the precious goods overland over the Silk Road from the Far East. It was uncertain whether it would really make a difference: on the routes through the desert and high mountains, the traders often put their lives in danger. Technical progress and the development of sea and air routes have greatly accelerated trade in the centuries that followed.

At least since the global rise of Amazon, people have got used to delivery times within a few days or hours, be it for a pack of tea or a whole week's shopping. However, a German stock exchange group believes that this is still taking too long for many people. The Berlin delivery platform Delivery Hero wants to make ultra-fast deliveries in 15 minutes the new standard.

Delivery Hero is currently rolling out its instant delivery service in 35 countries. In addition to the actual core business - the delivery of restaurant food - the couriers will in future also bring supermarket purchases, flowers and medicines within minutes. "We have the fleet and we have an active customer base - so it only makes sense to expand our offer beyond restaurant orders," says Pieter-Jan Vandepitte, who is responsible for the operative business of Delivery Hero on the board Business Insider.

The group has been promoting the new business area with investors since April under the title “Q-Commerce”. This is a word creation from Quick and E-Commerce, which means something like "fast online trading". The reason behind this: those who deliver quickly have happy customers. This in turn strengthens customer loyalty, increases the frequency of orders and should be reflected in growing sales at the end of the quarter. But the calculation also has a delicate variable: Industry experts warn that speed is inevitably associated with high costs.

Delivery Hero board member Vandepitte is nevertheless convinced of a golden future for Quick Commerce. He estimates the global market for ultra-fast deliveries at 448 billion euros by 2030. But the delivery company is still at the beginning.

A first pilot project in Turkey at the beginning of 2019 has already shown initial success, says the manager. The global start in the Corona crisis is now proving to be clever timing, also because of the increased need for security when shopping. "The pandemic has increased the need even more," says Vandepitte.

Behind the scenes, Delivery Hero invested heavily in new infrastructure in the past year in order to realize the 15-minute deliveries. The prerequisite for this is a close-knit network of mini-warehouses on the last mile. Delivery Hero has now opened almost 100 such depots, mainly in the Middle East. According to Vandepitte, these are mostly properties on the ground floor of apartment buildings or office blocks that are off the main streets. Up to 3,000 different products are sometimes stored here in just a few square meters.

To pack the shopping carts, the company had to hire new staff. The majority of orders, however, go through so-called third-party providers, such as local shops or kiosks. Delivery Hero says it has almost 20,000 third-party providers on its platform so far. For them, it can sometimes take up to 60 minutes, with the average time being 30 minutes.

Delivery Hero isn't the only company betting ultra-fast delivery - nor is it the first. Industry leader Amazon set maximum speed as its goal 15 years ago when the Amazon Prime membership program started in the USA. “Our vision: Fast delivery should be a matter of course and not an occasional luxury,” the company announced at the time. Same-day deliveries are possible with a Prime membership.

Recently, Amazon also reaffirmed its ambitions for instant delivery. Since October, the company has been operating the Ultra Fast Fresh service in the USA, which is supposed to deliver groceries in a few hours in cooperation with the supermarket chain Whole Foods.

In Germany, too, where Delivery Hero withdrew from the market at the end of 2018 and Amazon's Ultra Fast Fresh has not yet started, the first startups are positioning themselves with ultra-fast deliveries. One of them is the Berlin company Gorillas. The startup promises a delivery time of less than ten minutes for supermarket items - and it kept that in a test. With the former Hellofresh top manager Jörg Kattner, a founder is involved who is well versed in the delivery business.

However, none of the companies has yet been able to prove in black and white to what extent money can be made quickly. "Ultra-fast deliveries can hardly be represented in a cost-covering manner in delivery logistics," says Frank Deges, Professor of Trade Management at the European University of Applied Sciences Rhein / Erft. The companies would usually make deliberate losses in order to set themselves apart from the competition with the service. "If I deliver quickly, then I will satisfy my customers and reduce the return rate," says Deges.

The economics professor Gerrit Heinemann, who conducts research on the subject of online trading at the Niederrhein University of Applied Sciences, shares this view. "Only a few will be able to offer ultra-fast deliveries economically," says Heinemann. “Companies can only solve the cost issue if they are of a certain size, like Amazon.” If numerous depots and vans are in operation anyway, the on-call service on wheels is also easier to implement as a by-product.

Delivery Hero board member Vandepitte, on the other hand, is optimistic that it will work out. “This means that our fleet is used more efficiently. We can charge a delivery fee for convenience and then of course we also take a commission from our third-party providers, ”he says. In addition, one is currently looking at the potential of advertising deals in which certain brands are placed particularly prominently in the app.

So far, the hoped-for successes do not seem to be reflected in the business figures. In 2019, the delivery company's sales doubled to around 1.4 billion euros. On the other hand, delivery costs have tripled to 777 million euros - which Delivery Hero largely attributes to the opening of the mini warehouse.

Next Tuesday, the Berlin group will present the figures for the second quarter and will likely stick to its Q-Commerce strategy. As Business Insider learned in advance, Delivery Hero will also announce a doubling of ultra-fast deliveries to around 10.5 million orders. A welcome message in the growth story, with which the young technology company may soon have to prove itself in the top league of German corporations. Delivery Hero is considered a promising candidate to join the list of the 30 most valuable DAX companies in September. 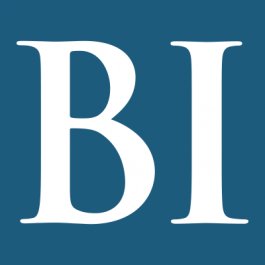