Which habit is very popular with Indonesians 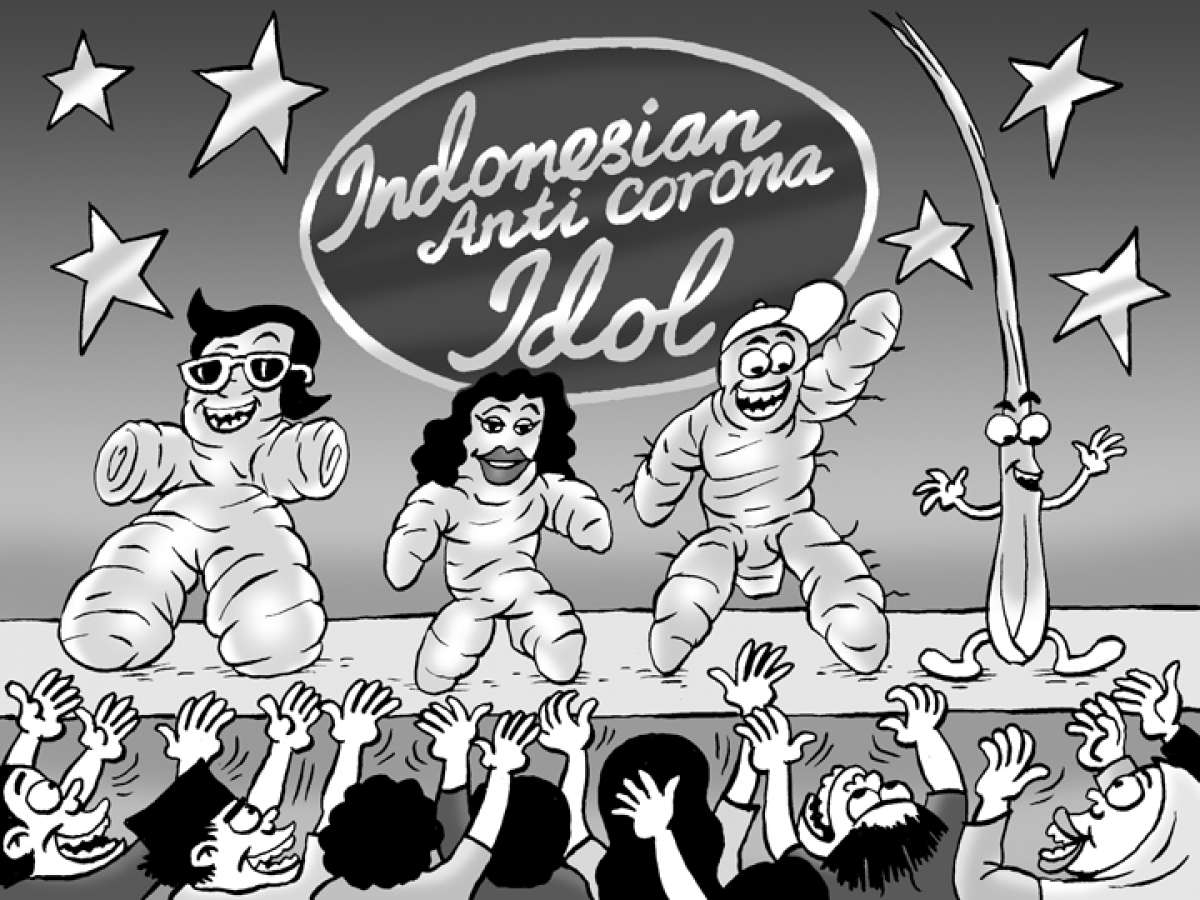 Indonesia is looking for the 'anti-corona superstar' - an allusion to the television show that is extremely popular in Indonesia. Original title: Rempah Anti Corona © Benny Rachmadi

Indonesia: The traditional herbal medicine Jamu is experiencing a renaissance in times of Covid-19. This offers opportunities for healthcare and business. But it doesn't change the fact that the pandemic hits the already marginalized hardest.

January 2021: While Europe is battling the second wave of the Covid-19 pandemic, Indonesia is now, for the first time since the pandemic began in March 2020, in a phase in which the number of reported cases is falling significantly. The country has previously seen steadily rising infection rates since March 2020, with more than 10,000 confirmed cases per day. The test capacities were continuously expanded in this context, so that 245,000 people could be tested daily in December. At the same time, however, this meant that the reported number of infections rose as the number of tests increased. The infection situation in the country remained confusing.

As in many other countries, Indonesian politicians were accused of not having recognized the seriousness of the situation early enough. In March 2020, the then health minister Terawan Agus Putranto said he was surprised by the excitement about the spread of Covid-19, because in his opinion "the flu is more dangerous than the coronavirus". In the meantime, some politicians have admitted to having misinformed the public. Tim Lindsey and Tim Mann, Australian scientists University of Melbourne, summed up what many observers had already feared: that the government had denied the health threat for too long and still lacks a clearly structured approach to dealing with it.

Criticism of Indonesia's public health system has long been growing. Among other things, the closeness between the pharmaceutical industry and doctors and the associated “unhealthy practices” of corporate enrichment with state backing are criticized. The existing structural and personnel shortage in the public health system is also blatantly exacerbated by the Covid 19 pandemic. The latest data from the World health organization (WHO) show that Indonesia's ratio of doctors is 3.8 per 10,000 people. This puts Indonesia well below the figures for Malaysia (15 doctors per 10,000 inhabitants) as well as Thailand and Vietnam (eight doctors per 10,000 inhabitants).

There are also increasing questions about pharmaceutical monopolies and antitrust practices in the medical sector, as well as cases of malpractice and fraud to the detriment of patients. Behind this mood hides a latent distrust not only of the pharmaceutical industry, the medical profession and the structural conditions of hospitals, but also of the national elites in general and the employees of the health authorities in particular. 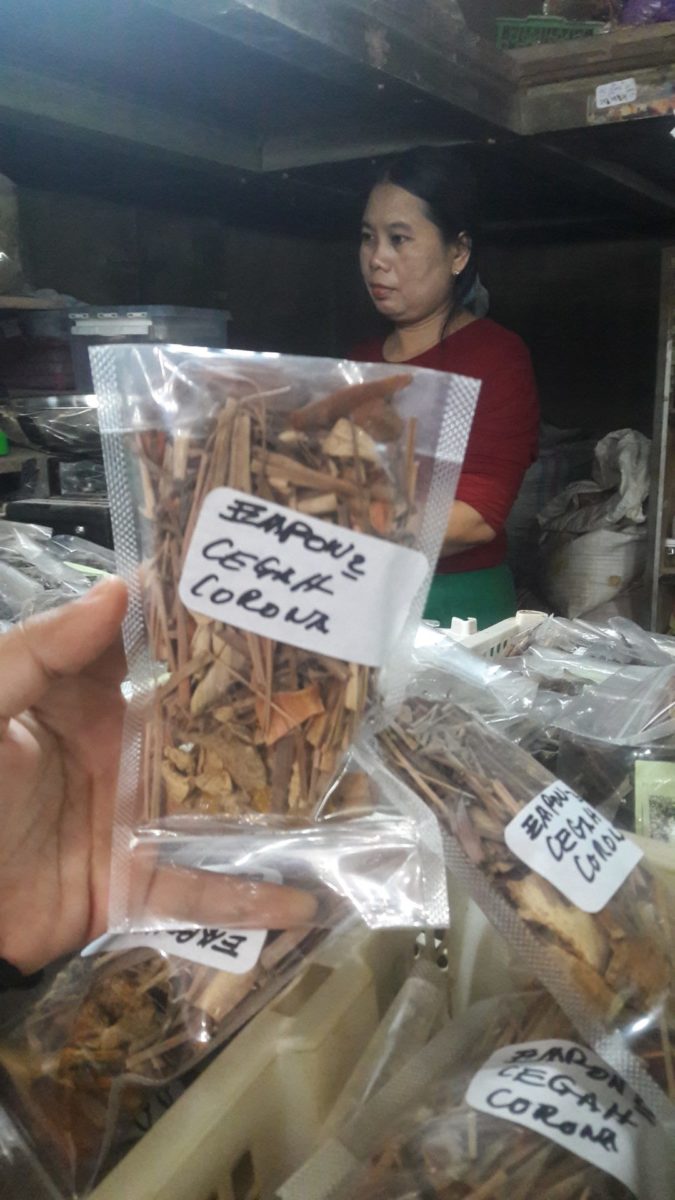 Recent history provides some good reasons why medical professionals, patients and observers of the Indonesian health system are currently skeptical: Even during the crisis of the H5N1 pandemic in 2006, also known as bird flu, Indonesia claimed "viral sovereignty" and refused to work with WHO. In the Covid 19 pandemic, too, politicians in Indonesia are taking special routes. The emergency strategies of the Indonesian government and the national health system have been fundamentally criticized from various directions.

Against this background, we want to shed light on the fundamentally pluralistic structure of the Indonesian health system. Because the context of medical pluralism in Indonesia is crucial for an understanding of the developments.

During the early stages of the pandemic, some Indonesian policymakers publicly claimed that Covid-19 infections could heal without further treatment, as long as a person's body had adequate defenses. On this basis, they encouraged the population, with the help of traditional mixtures Jamu- Medicinal herbs to strengthen the body's immune system.

To the role of Jamu during the current pandemic, it is necessary to know that the use of herbal medicine has been an integral part of health care in Indonesia for thousands of years (see also the article Jamu - more than ’just‘ traditional medicine on suedostasien.net). The traditional herbal medicine Jamu is now a major industry where large international companies like Air Mancur, Djamu Djago or Nyonya Meneer a variety of Jamu-Make medicines that are sold as powders, tablets or capsules. Street vendors compete with large drugstores to sell Jamu. The Indonesian government is promoting Jamu as a cure for Covid-19, supporting an important "economic pillar for the nation" that raised 21.5 trillion Indonesian rupiah (1.38 billion US dollars) in 2019; up 13.1 percent from 19 trillion Indonesian rupiah ($ 1.35 billion) in 2018.

The Singapore-based newspaper reported back in mid-March 2020 The Straits Timesthat the Indonesian President Joko Widodo (Jokowi) has been drinking a mixture of red ginger, lemongrass and turmeric three times a day since the virus spread and would share it with his family and colleagues. He is convinced "that a herbal concentrate can protect against infection with the coronavirus". This statement led to a massive increase in sales and, associated with it, a rapid rise in market prices for red ginger, lemongrass and turmeric.

Just like Jokowi, other politicians and public figures have pointed out the benefits of traditional medicine in the Covid-19 crisis, such as the district health office of Situbondo in East Java or the regent of West Aceh, Ramli Mansur.

The WHO has issued a list of recommendations for dealing with the current pandemic, which recommends, among other things, hand washing, general compliance with hygiene guidelines and keeping your distance. The recommendations of Indonesian politicians to strengthen oneself in particular through the use of herbal medicinal herbs stand in clear contrast to this. As is the general assessment that Covid-19 is just a harmless virus.

The pressure had an effect. Akhmad Saikhu, head of herbal and traditional medicine research and development department at the ministry, stressed that herbal remedies and Jamu are able to alleviate the symptoms of infectious diseases, but they are not fundamentally able to prevent infections.

At this point, at the latest, it became clear that health action is not a one-dimensional process, but complex external influences, dynamics and medical traditions play a role in it. The challenges of the Covid-19 pandemic can therefore be viewed from different medical perspectives, which are not necessarily mutually exclusive. While the WHO is fundamentally assessing the current pandemic based on a biomedical understanding, some Indonesian politicians * like many citizens * acted from a traditional Javanese understanding of medicine. Instead of flatly rejecting the appeals from Jokowi and other Indonesian officials and the associated humoral understanding of the body, which is based on the body fluids and the associated four elements, a look at Indonesia's medical pluralism and the associated informal cooperation in the health system could be very instructive . 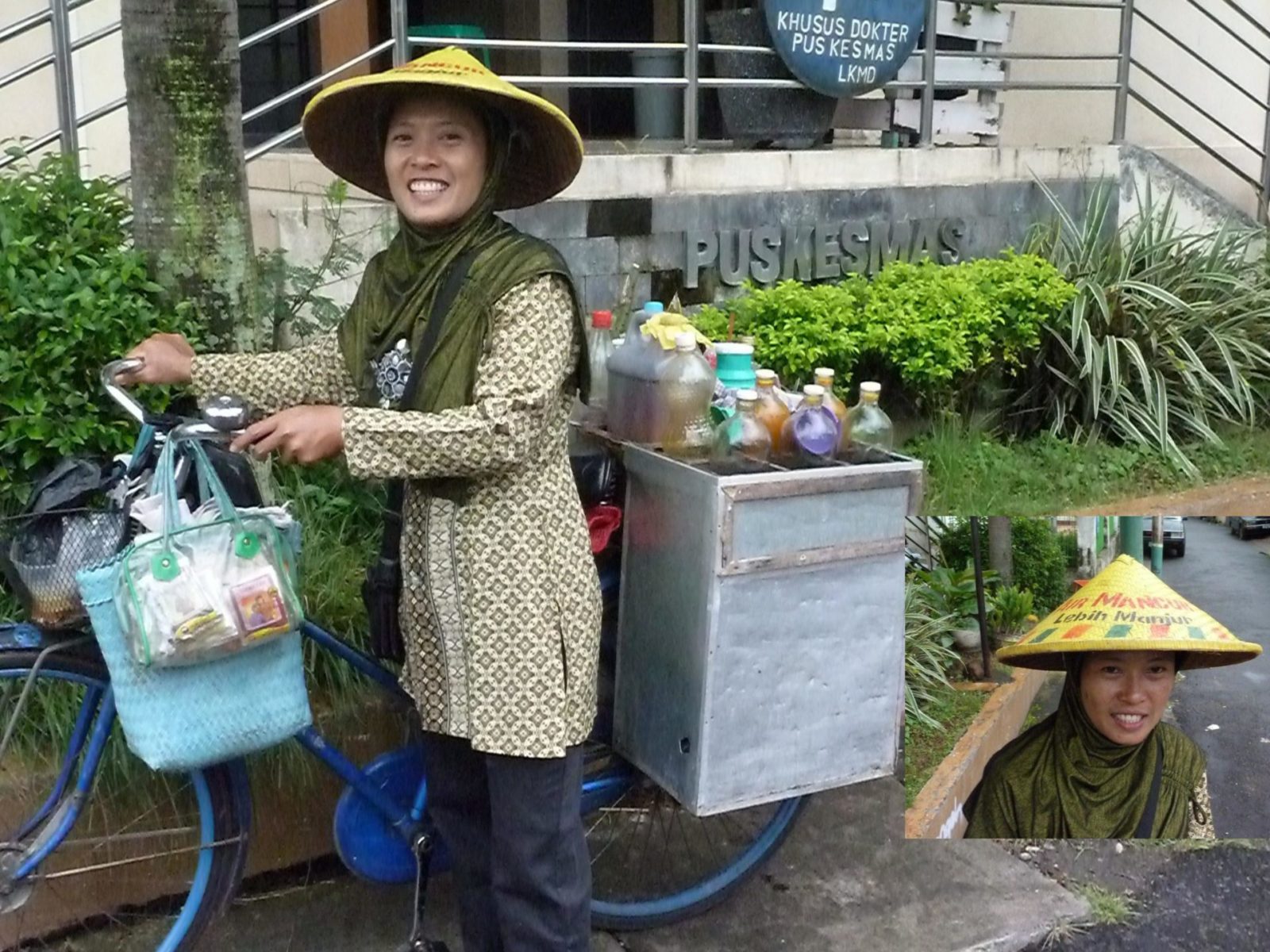 Traditional medicine and the pandemic

Indonesia consists of an ethnically diverse society, which is also reflected in a pluralistic medical system. Large parts of society rely on the use of traditional medicine or a combination of traditional and biomedical treatments. A recent study showed that especially urban households with a high level of education tend to use traditional rather than biomedical health services. Accordingly, there is an impressive diversity of medical traditions in the urban areas of Indonesia, so that a broad informal market offers a wide range of medical products and services.

As early as March 2020, with the onset of the Covid-19 crisis, a new market with 'Corona-Jamu-Products ’. Herbal mixtures of turmeric, ginger and other roots / herbs were recommended to strengthen the body's immune system. Also herbal mixtures like Wedang Uwuh - a herbal specialty in the Yogyakarta region - were specifically advertised as it is traditionally used to prevent colds, to warm the body and to strengthen the immune system. This traditional mixture uses secang (sappan wood), cinnamon, ginger, cloves, nutmeg leaves, lemongrass roots and cardamom. Based on the corona pandemic, some of the Jamu-Manufacturers recorded a sales increase of up to 50 percent. The Jakarta Post with this in mind, predicted that the habit of Jamu to drink will be part of the new normal, and designated Jamu as "the new espresso".

The growing market for Jamu

Scientific proof of the effectiveness of various Jamu-Products against Covid-19 infections are far from being expected. However, some scholars argue that the more established Traditional Chinese medicine (TCM) strengthens the body's immune system in a way that reduces viral pathogenicity factors. Various TCM herbal mixtures for the prevention and treatment of symptoms in severe cases of Covid-19 are officially recognized and recommended in China. The plant components of the coronavirus propagated in IndonesiaJamu- Mixtures are corresponding variations of these TCM mixtures.

While the public debates about the use of herbal medicinal products in connection with Covid-19 continue, one fact is already clear: The current crisis of Covid-19 offers a great opportunity for the Jamu-Industry. The head of the Indonesian National Agency of Drug and Food Control (Badan Pengawas Obat dan Makanan, BPOM) stated that from January to July 2020 new approvals were granted for 178 traditional medicinal products, three herbal medicines and 149 local health supplements with properties to strengthen the immune system. In addition, BPOM is supporting research on eight herbal products to combat the symptoms of Covid-19. The Jakarta Post on this basis, predicted “a bright, post-pandemic future for Indonesians Jamu". So it's not surprising that Sido Muncul, one of the great Indonesian Jamu-Manufacturer, announces that there is "an opportunity in the midst of the Covid-19 pandemic" and the company therefore has the opportunity to expand into the Saudi Arabian market. 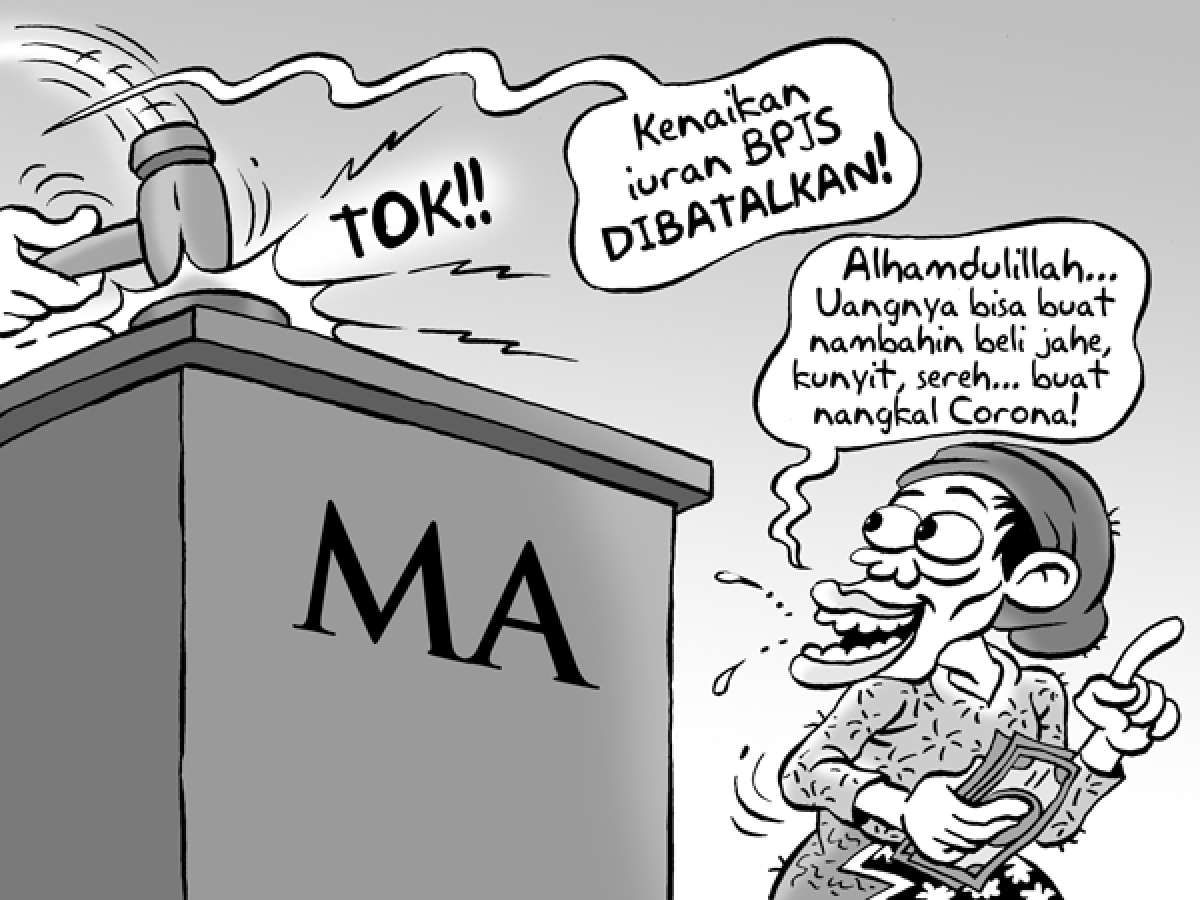 The pandemic is an economic issue

Faced with these economic opportunities for the local Jamu-Industry is at the same time facing the fact that the Covid-19 pandemic hits the poorest sections of the population particularly hard. The UNESCO report on the effects of Covid-19 in Indonesia clearly highlights that vulnerable and marginalized groups, such as the poor, women and the disabled, are particularly suffering from the challenges of the pandemic and the related measures.

The Supreme Court has approved the planned increases in premiums for the National health insurance system (BPJS Kesehatan) repealed. At the same time, the Indonesian health system is so poorly set up that even Indonesian politicians call on the population to pay for Jamu to deal with the Covid-19 crisis.

Against the background of this current pandemic and the emerging health care practices, it is once again clear: the Covid-19 crisis in Indonesia, as in other parts of the world, is ultimately a question of the economic background, for each and every individual, but also on the international stage. This is clearly shown by the current struggles over the distribution of the Covid-19 vaccines. In Indonesia, less than 2 percent of the population has been vaccinated with the Covid-19 vaccination, which is mandatory for all Indonesian citizens. If the government were to maintain this rate of currently around 60,000 daily vaccination doses, then, mathematically speaking, Indonesia would need more than 10 years to vaccinate the population. This estimate does not yet take into account structural and geographical challenges, such as uninterrupted cold chains for vaccines or dealing with the increasing resistance to vaccination in the population. At this point, the involvement of the most diverse medical actors of the pluralistic health system could again be helpful in order to face the Goliath task Covid-19 with a joint effort.

This article is based on one published in September 2020 Focaal blog published article for the South East Asia has been updated and supplemented.

Translation from English by: Dominik Hofzumahaus