How can you develop self-control?

We live in a kind of instant society. We would like to have everything, now, immediately. Error! Because as researchers are impressively proving again and again Self-control and prudence are the real keys to happiness and success. Patience and discipline even beat intelligence: "Someone without intelligence, but with a lot of patience, gets about as far as someone without patience, but with a lot of intelligence," says Matthias Sutter, Professor of Experimental Economic Research at the University of Cologne. But what then constitutes self-control and can it be learned? 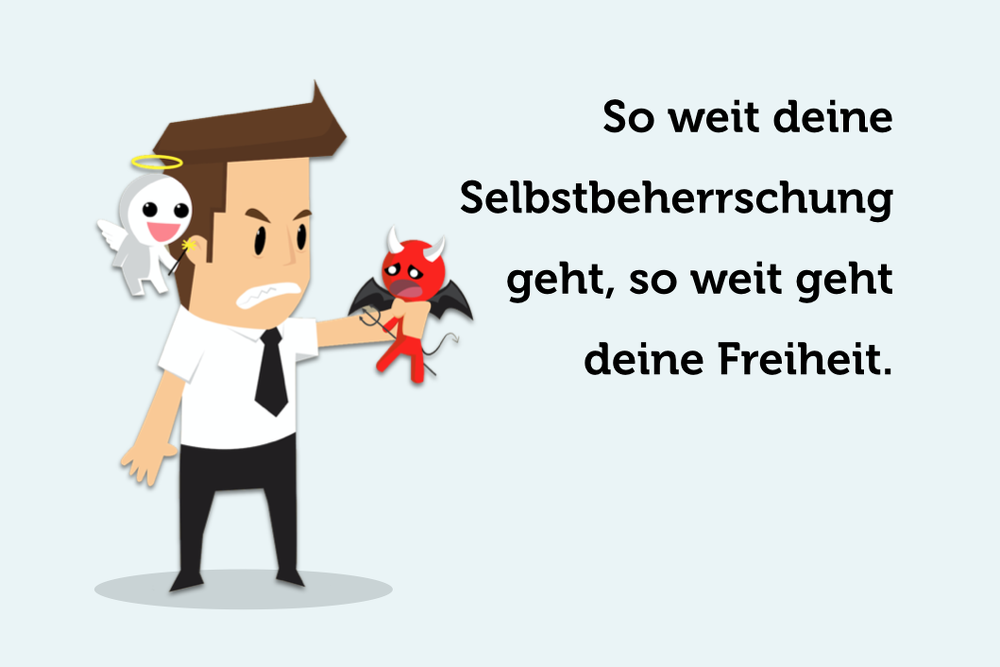 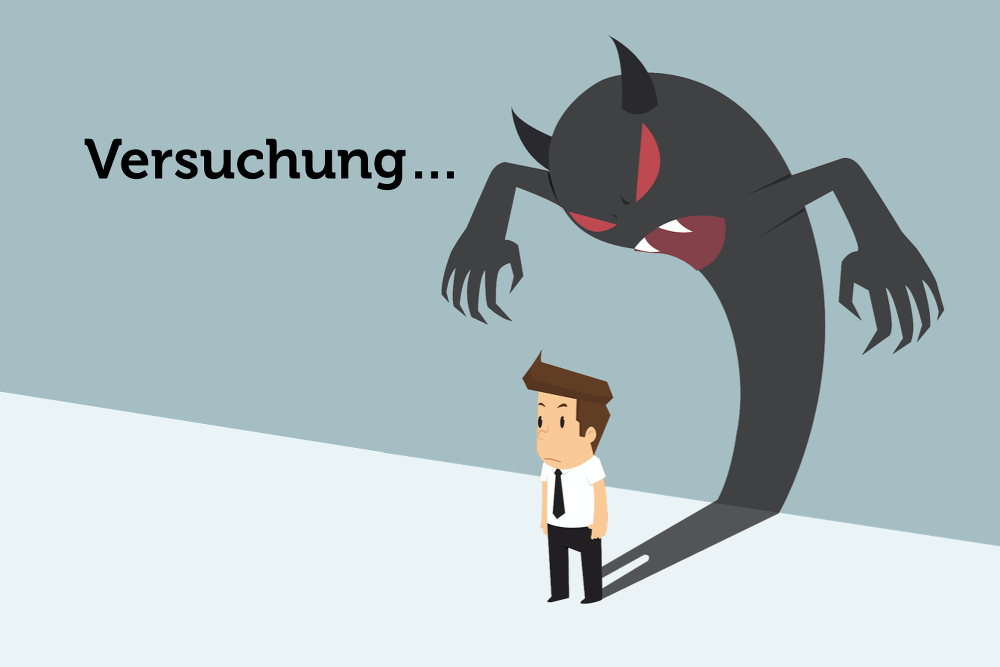 What is self-control anyway? Some say it's the ability to resist one's own impulses. So, for example, to act only when it is necessary and not when you want to. So there is self-control with the Strength of will (Technical jargon: Volition) on one level: It is the art, always his To control emotions, behavior and desires - even when acute temptations or rewards whisper something different in front of our noses.

Psychologists also speak of the so-called in this context Impulse control or Self-regulation.

In short: the self-controlled is capable of none deferring short-term needs or ad hoc satisfaction - in favor of an alternative course of action that he values ​​morally or economically higher. Above all, however, considered better in the long term.

Those who control themselves, their instincts and desires are (better) able to ...

That self-control is often more important than that for success Intelligence quotient - Angela Duckworth and Martin Seligman from the University of Pennsylvania came to the same conclusion.

In 2005, US psychologists examined a group of 300 adolescents between the ages of 13 and 14. In an initial test, they tested how well the students were able to follow rules, adapt their behavior and impulsive reactions to suppress.

The result: those who could do that achieved significantly six months later better notes, was absent less often and improved his performance more than his classmates.

In a second test, the researchers compared this finding by also giving the students different Intelligence tests let graduate.

Result: none. The IQ had at most half as much influence on the performance of the children as the discipline.

Even more: Tests with students showed: Those who were willing to forego short-term pleasures (parties, chilling out, etc.) in order to instead pursue the long-term goal of academic success torment, achieved his academic goals within each semester.

Not so the more intelligent, but less disciplined fellow students: They failed more often.

So a high IQ says nothing at all about whether someone has a good university degree. Are more crucial Strength of will, Stamina - and even self-control.

With that, however, it's like with one muscle: If it is not exercised regularly, it will atrophy. If we give in to temptations on a regular basis and on a small scale, it becomes increasingly difficult to resist them even on large things.

Unfortunately - and that's it Irony of self-control - But the feeling that we have a good grip on ourselves can make us even more susceptible to temptations.

Strong-willed people are more likely to succumb to temptation

Anyone who wants to break ugly habits should avoid temptation where possible. Because we regularly overestimate ourselves and our oh so iron will. This is the conclusion reached by Loran Nordgren from the Kellogg School of Management. In his studies he discovered: People who believe they have a high level of self-control are particularly happy and increasingly exposed to temptation - and ultimately succumb to them.

In one of the experiments, for example, there were prospective ex-smokers who were convinced that they were equipped with strong self-control. In fact, they only had to watch the animated film "Coffee and Cigarettes" once - they immediately started smoking again.

The overconfidence effect: the sweet poison of pride

The greatest enemy of self-control is a psychological mechanism that the two Nobel Prize winners Daniel Kahneman and Amos Tversky discovered some time ago and Overconfidence effect have baptized. Put simply, we assume that we can do a lot more than is actually the case. In short: We overestimate our abilities - in all possible situations.

We believe that we can do more at our job more passionate as well as above average Lovers and can do everything a little better than the others.

The classic in this context: that Drive. Do you count yourself in the top 30 percent of drivers? Great, that's what the other 80 percent of such surveys do too - even at the risk of the bill no longer working out.

Also believe that Deadline to be able to easily comply with the next project? Naturally. When students were asked exactly the same thing about their housework in a study, they answered an average of 34 days. However, they were then used on average for 56 days.

Unfortunately, the more difficult a task becomes, the greater ours Overconfidence. Our arrogance is still limited when it comes to simple tasks. But the more self-confidence we have, the more we tend to be cocky. And it is well known that it is rarely good. 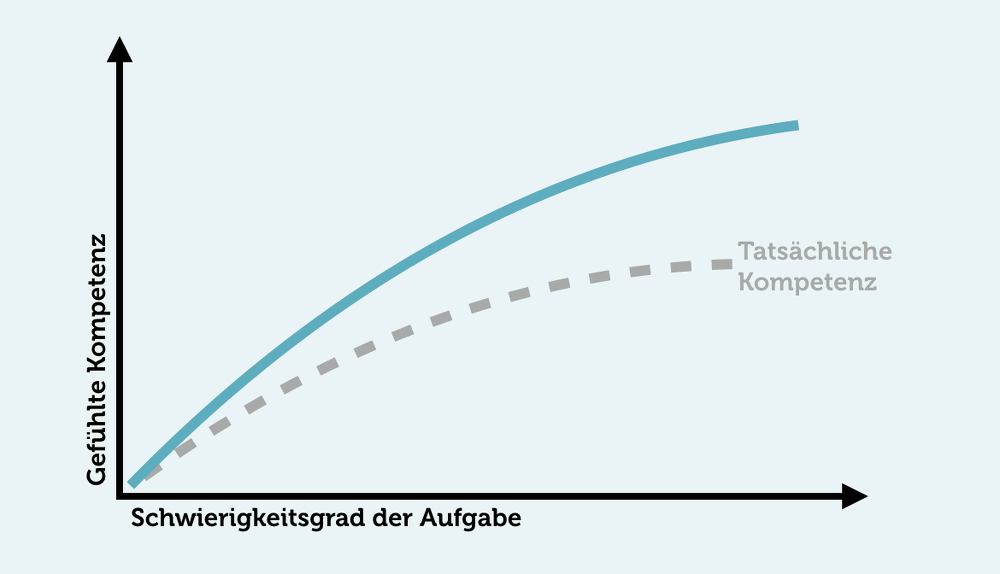 It's a bit like the so-called Dunning-Kruger Effect: The greater the actual incompetence, the greater the tendency towards self-deception, whitewashing and self-righteousness. 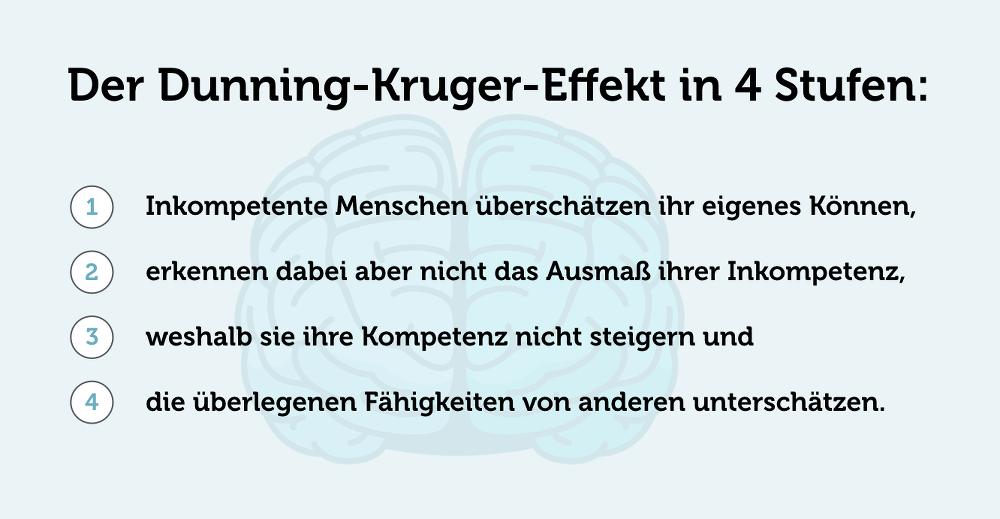 Equipped with such a dangerous half-knowledge, we still meet numerous people day in and day out decisions. Sometimes they cost us a lot of reputation, in the worst case even jobs.

In a 1997 study, Mathew Hayward and Donald Hambrick from Columbia University summed it up: If everything has gone smoothly in a company, the CEO likes to attribute it to his own performance - even if he had nothing to do with it. And where the Infatuation rampant, the overconfidence soon blossoms.

So when self-control is like a muscle, we have to be careful (to stay in the picture), not to the Muscleman to mutate in the literal sense of the word. Otherwise it becomes a pure air pump.

It is easy to get lost, as if you think you know the way. Or like it Georg Christoph Lichtenberg once got to the point:

The man who thinks himself to be a genius at an early age is lost.

Self-control makes you tired and decreases

The renowned psychologist Roy Baumeister ("The Power of Discipline") from the University of Florida found in his experiments on willpower: Self-control decreases over time. After his subjects had completed a certain task that required self-discipline, they were promptly less able to do the next.

Or to put it another way: Who is too many temptations fails one after the other, the last one eventually succumbs.

Learning self-control: this is how it works! 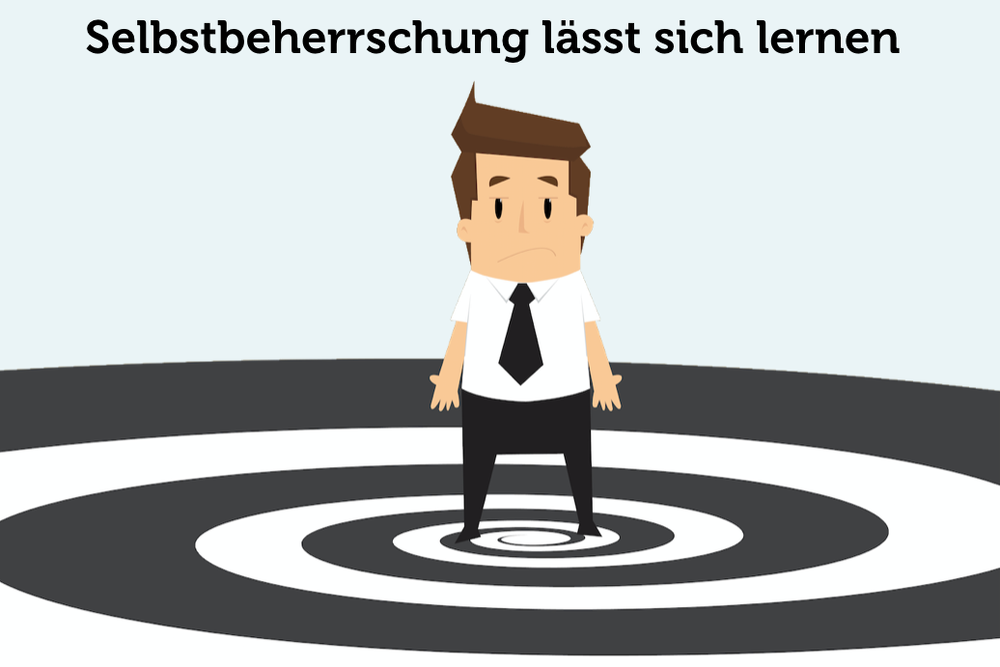 The good news is: We are only partly born with self-control. The far greater part, however, is based solely on willpower. In French it is also called Contenance: "Always keep your composure." And that is exactly what can be done learn. So:

No kidding: blood sugar levels and willpower correlate. The above-mentioned scientist Roy Baumeister, for example, was also able to prove this. Again he experimented with various groups of test subjects and tasks that put their ability to control themselves to the test. Then Baumeister and his team examined the subjects' blood for it Sugar content, Result: The group that had to control itself during the tests showed a marked decrease in contrast to the control group Blood sugar level on.

In the second run, however, the subjects were given lemonades with a high sugar content. Lo and behold: promptly you were able to control your impulses better or to resist spontaneous emotions. However, a soft drink with artificial sweeteners did not have this effect. So glucose is not only fuel for the brain, but also for willpower.