How the NASA SOLAR PROBE starts

NASA spacecraft takes off towards the sun

One day late, the US space agency NASA launched a probe for the first time that is supposed to fly into the solar atmosphere. The "Parker Solar Probe" took off on board a "Delta IV Heavy" rocket from the Cape Canaveral spaceport in Florida, as announced by NASA.

The start, initially planned for Saturday, was stopped, according to NASA, because an irregularity had been observed during the last minutes of the countdown. With the help of the force of gravity of Venus, the probe should fly towards the sun and come close to it for the first time in November.

The probe must be able to withstand high temperatures

Protected by a nearly twelve centimeter thick carbon armor, the "Parker Solar Probe" will have to withstand more heat and radiation than any previous missile, reported NASA. The probe is about the size of a small car and weighs around 700 kilograms. It should approach the star of our solar system up to around 6.2 million kilometers and withstand more than 1370 degrees Celsius. 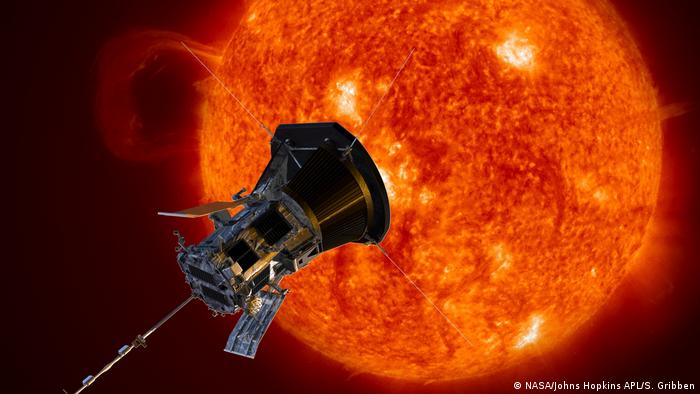 "Parker" will orbit the sun in large elliptical orbits, crossing the outer layer of the sun's atmosphere, the corona. At its closest distance, it should reach a speed of 700,000 kilometers per hour. That would take her from Hamburg to Berlin a good second.

Weather forecasts could be more precise

NASA researchers hope that the mission, which is scheduled to run until 2025, will provide insights into why the corona is many times hotter than the surface of the sun and thus also about how stars work. The data collected could also make future weather forecasts more accurate.

Incidentally, the NASA probe is not the first project to study the sun up close. The German-American probes Helios 1 and Helios 2 were launched back in the 1970s, but at around 45 million kilometers they kept a proper distance from the heatball.