Are electric aircraft already in use?

Rolls Royce scores in the race for electric aircraft

The electric drive is supposed to make air traffic cleaner - without sacrificing passenger numbers or speeds. There is still a long way to go until then, which Rolls Royce has already taken with its youngest electric plane. The Accel electric aircraft is expected to reach speeds of around 480 km / h. It's just another thing with the passengers. 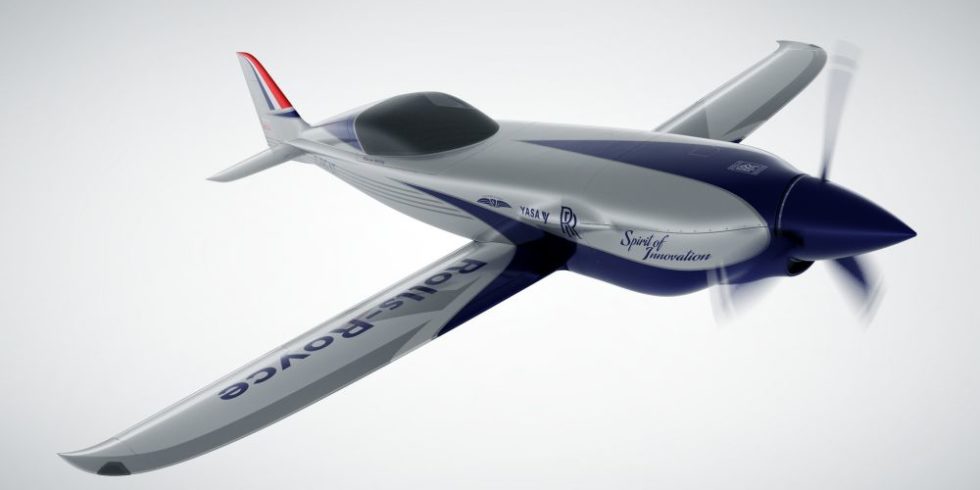 The electric aircraft developed by Rolls Royce in the Accel project is expected to reach a speed of 480 km / h.

Global air traffic is booming and growing. In Germany alone there were around 2.2 million take-offs and landings in 2016. There is one problem with this, however. Because the pollution from air traffic is also taking on a threatening level due to the emissions from aircraft. Although the various engines have improved significantly in terms of their environmental compatibility in recent years, these advances have been and will be undone by the increase in air traffic. So it is not surprising that more and more people and companies around the world are working to make air traffic even cleaner. Electromobility in particular should be the key to success here.

Rolls-Royce announces the fastest electric airplane in the world

The British engine manufacturer Rolls Royce has recently achieved a real sensation. Because with the Accel, what is currently probably the world's fastest electric aircraft was presented to the public. During a test flight, the electric airplane was able to reach a speed of an incredible 480 kilometers per hour and thus eclipsed the old Siemens record from 2017. Speaking of Siemens: The company is selling its electric aircraft engines to Rolls Royce. Siemens is thus selling one of its best-known future projects. The development of the electric aircraft engines is to be taken over by the British engine manufacturer by the end of 2019. The reason for this: Siemens says it wants to focus more on its core business.

In addition, the Rolls Royce manufacturers have announced that the development of their own electric aircraft has largely been completed and that the task now is to subject the aircraft to extensive tests and safety checks so that it can be used as quickly as possible. How fitting given the project name Accel, which stands for Accelerating the Electrification of Flight.

The Accel electric aircraft is expected to be deployed in the UK's airspace as early as 2020. Quite an ambitious plan, but one that is supported by the aircraft's technical data. Among other things, the Accel relies on an extremely efficient battery technology, so that flights of around 200 miles without recharging are already possible with the current expansion stage. Thus, for example, the route from London to Paris would be feasible in one flight. The electric plane Airbus E-Fan and Duval's Cri-Cri also flew over the English Channel in 2015. Accel is equipped with a total of three engines with an output of around 500 hp. They drive the propeller of the aircraft. Although the blades of the propeller rotate much slower than on a conventional aircraft, this is even seen as an advantage. Because the Accel is much quieter. To ensure the necessary flight safety, all elements of the Accel are monitored by various sensors. The data is stored centrally and related to each other in order to detect even the smallest errors and deviations at an early stage.

But Rolls Royce is by no means the only manufacturer striving to develop zero emission plans. Because many other manufacturers, including well-known manufacturers such as Airbus and Siemens, are fighting for supremacy in this area. However, it can be clearly seen what enormous sums the development of such an electric aircraft can devour. Established manufacturers in particular dare to approach larger passenger planes.

Smaller companies and startups are trying to expand their market position, especially in the field of air taxis and small e-planes. In Germany, air taxis are being developed by companies including Volocopter, which sent its first air taxi to Dubai's skies, and Lilium Aviation, which is also working on private jets for everyone. The flying electric bus Starling Jet comes from Great Britain and the US company Vahana had the Alpha One fly in 2018. However, Vahana is not a small player, but a subsidiary of Airbus. The American manufacturer Boeing has also joined the market for electric aircraft and, alongside Airbus and Siemens, is one of the largest companies in this area. But here too, only the first test studies have appeared so far. Rolls Royce is currently very well in the race with its Accel and can quickly hope for first place in this race with appropriate test results. Hybrid aircraft are being tested in parallel. The Norwegian company Equator Aircraft has already carried out the first test flights.

Zero Emission Planes on the Rise

Thanks to the ever increasing number of aircraft and the ever increasing pollution from the many aircraft, most aircraft manufacturers are under pressure to deal with the topic of e-mobility above the clouds. In addition, many governments have already announced that the political pressure on the aircraft industry could increase significantly in the coming years if no suitable solutions for the environmental problems are found. Accordingly, many of the corporations are currently realigning and investing in in-house developments or in taking over small local developers with a lot of potential. As a result, it is to be expected in any case that there will be a significant shift towards e-mobility in air traffic within the next five to ten years. First of all with the smaller aircraft for regional flight operations, but sooner or later technologies will also be developed for the various long-haul flights.

The race for e-mobility above the clouds remains exciting

Even if Rolls Royce has a real highlight to offer with the Zero Emission Plane Accel, the market for these aircraft remains exciting. While e-mobility in road traffic is still hotly debated by many people, air traffic plays a much smaller role in most of the discussions. This is surprising, since air traffic is responsible for a large part of the emissions generated worldwide from the transport sector. If the other manufacturers allow themselves to be inspired and spurred on by the Accel in their efforts and in their plans, development can accelerate again significantly in the next few years.

More about developments in air traffic:

In 2018, Rolls Royce presented the EVTOL, an electric aircraft with a range of 800 kilometers that raised its wings when it took off.

Fast, faster, spy jet: According to Boeing, the fastest aircraft in the world should reach 5000 km / h.