Is Avalokiteshvara a Buddha

The Buddha who became the symbol of non-binary gender identities

Avalokiteshvara is a well-known figure for Buddhists. In their religion he is considered to be Bodhisattva of compassion and should provide help and assistance to those who pray to him. Over the years, Avalokiteshvara's form and gender have changed a lot and have now become a symbol of the modern day trans movement. To learn more about it, we asked the expert for asian art Wim van Stormbroek to tell us more about this enigmatic cult.

Avalokiteshvara (in English: the Lord who looks at (the world)) is a figure of Buddhism that one encounters particularly often. It can be found in dozens of temples, from China to Korea and, depending on the country, often in different forms. In China, Avalokiteshvara is known as the female goddess Guanyin, which means "the goddess of mercy," while in Tibet she takes the male form of Chenrezig. The ability to change sex has now made the Buddha something of a figurehead For Transgender and for non-binary gender views (those who identify as neither exclusively male nor female).

The origins of Avalokiteshvara 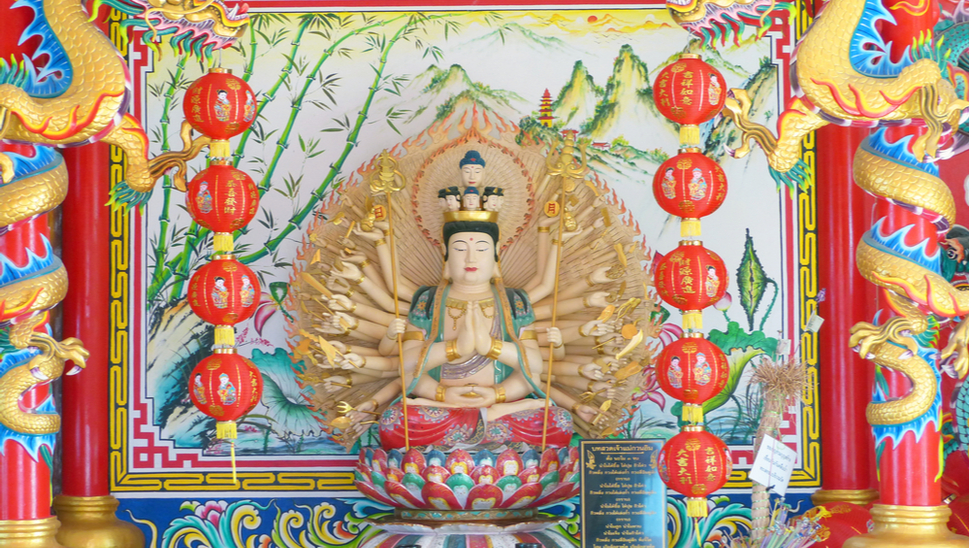 Buddhism first emerged in the 5th century B.C.E. in India long before the first Buddhist currents appeared in China. "Once there, the thoughts and philosophies of religion developed further," explains Wim. It was around this time that Avalokiteshevera transformed into Guanyin.

"The close relationship between believers and Guanyin icons born in an early miracle (a story of Buddha's supernatural being) was likely fundamental to the historical figure [Avalokiteshvara] turning into a female goddess," he says. “In most tales of miracles, Guanyin is seen as a monk who appeared in the devotee's dreams or visions. The Bodhisattva then appeared more and more either as a "person in white" (baiyiren 白衣 人), which perhaps indicates his status as a layman, or as a "woman in white" (baiyifuren 白衣 婦人), which indicates a female gender. But there is clearly a connection between the changing forms of the bodhisattva that appeared in the visions and dreams of the devotees and the development of new ones iconographic representations". 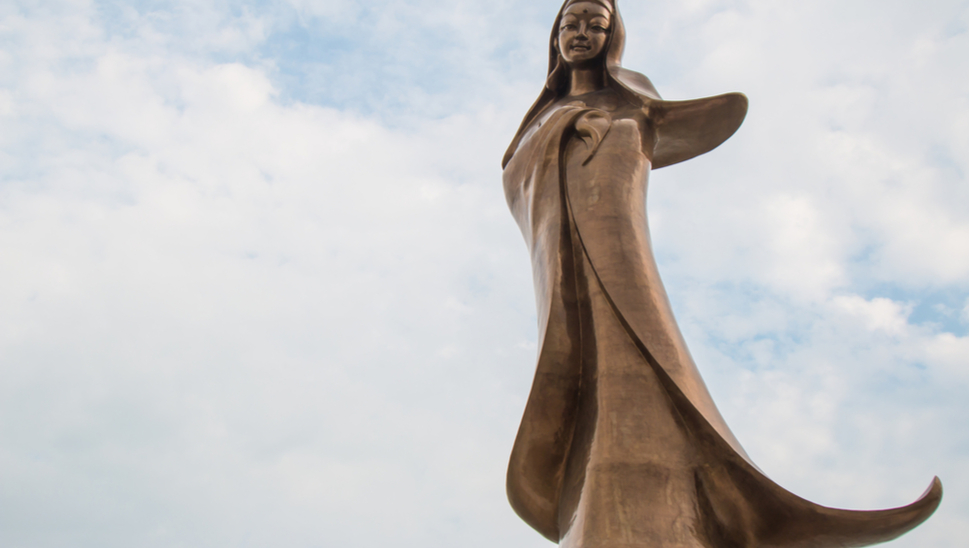 Guanyin as the Chinese goddess of compassion

The art was an important medium through which the Chinese people came into contact with Guanyin. "It was art that most clearly documents the bodhisattva's gradual, but undeniable, gender transformation," says Wim. "In the Buddhist scriptures, the bodhisattva is portrayed as either male or asexual, but then sometime in the 10th century there was a profound and amazing transformation of that deity. By the 16th century, Guanyin had not only become entirely Chinese, but also the most popular" goddess of mercy ".

There is ample scientific speculation as to why bodhisattva defied gender definition (cultural norms such as the perception of compassion as a feminine trait are an example), but contemporary criticism has mostly focused on neglecting gender transformations. "[This transformation] was something that happened organically through history," explains Wim. "It was only in our time that people began to discuss it". 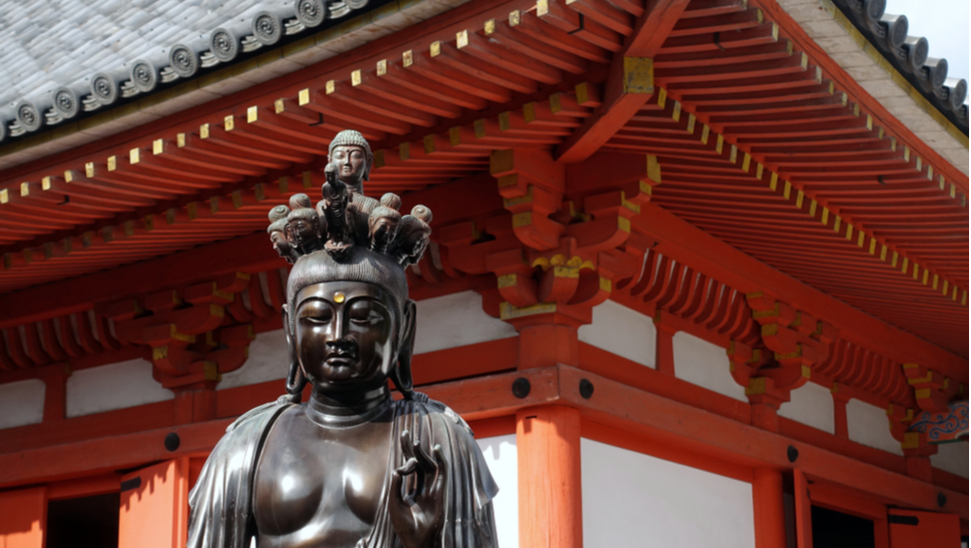 In Japan, Avalokiteshvara is also known as Kannon - goddess of mercy

Gender performativity develops primarily as a structure that binds our identity. That is one of the many tenets of Buddhism. “It is good to keep in mind that Buddhist people believe in reincarnation in the context of a bodhisattva who may be male or female. Not so long ago, the Dalai Lama - who is a reincarnation of Avalokiteshvara, stated - that the next Dalai Lama could possibly be a woman. If a woman proves to be more useful, the Lama could very well be reincarnated in this form. " In fact, the compassion of the Buddha has always been at the center. So much so that Avalokiteshvara is often quoted in interfaith dialogues as a strange Asian Christ who would postpone one's own ascension to help others.

The importance of “queer” role models

Fortunately, trans voices are getting louder and louder and so it stands to reason that old figures like the Bodhisattva will be reinvented. For non-binary persons, Avalokiteshvara can be understood as a symbol of consolation; as proof that it is possible to move beyond identity and get by in a world where people often have to take on gender roles. For religious people who identify as transsexual, the bodhisattva is read in certain circles as an affirmation of the illusion of gender in religion - that transcending gender can be part of a process to attain nirvana, or heaven, and that the body is just a burden, untied to spirituality. 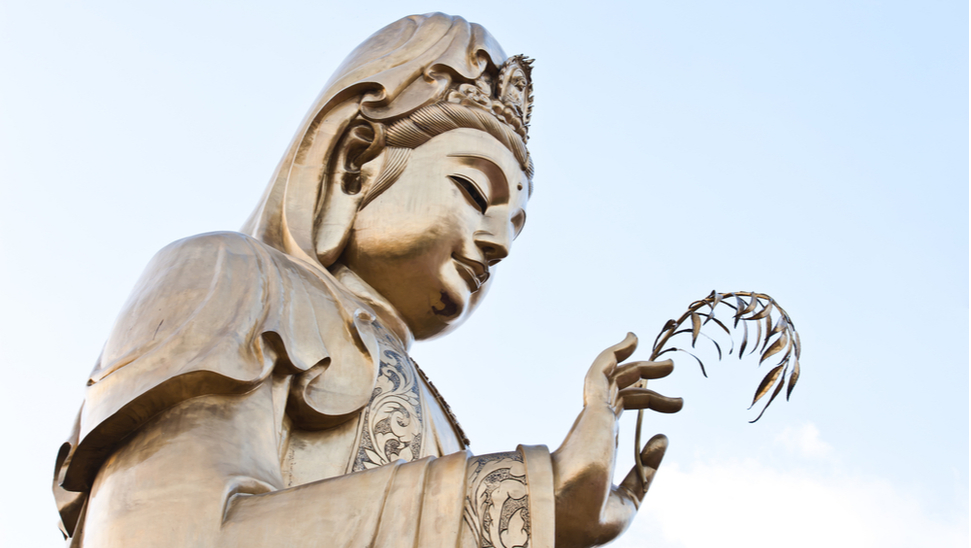 Avalokiteshvara's name translates: "He who hears the complaints of the sufferer"

A more poetic interpretation of the bodhisattva relates to his name. In the literal translation, he perceives “the sounds of the world” and the “complaints of those who suffer”. This is a character who is delaying her own entry into Heaven in order to still be able to help others. For many trans- and non-binary people around the world, it is part of the lived experience to recognize differences in others and to help promote respect and understanding in a world that is often not willing / able to give it in return are. The bodhisattva is a suitable figure for trans people to remind us all to live compassionately. However, Wim notes that, as with any religious symbol, and especially one, we should always be aware of appropriation and interpretation. "It is important to pay attention when looking at the bodhisattva's gender identity and placing him in a transgender context, as this is primarily a Western interpretation of an Eastern idol."

There are few visible trans icons in history and even fewer who are as revered as Avalokiteshvara. The ability to see a part of yourself reflected in the past is just as important as what is lived in the modern world. And Avalokiteshvara has served and helped as a mirror for transsexuals in many ways by legitimizing their feelings and place - not only in the world but also in history.

Discover our selection of Asian art and many Buddha statues in ours weekly Buddhism auction orYou are also welcome to register as a seller.

The meaning of the various Buddha poses

Everything you need to know about collecting Asian art