How repetitive is game testing?

The Medium put to the test: horror of two worlds 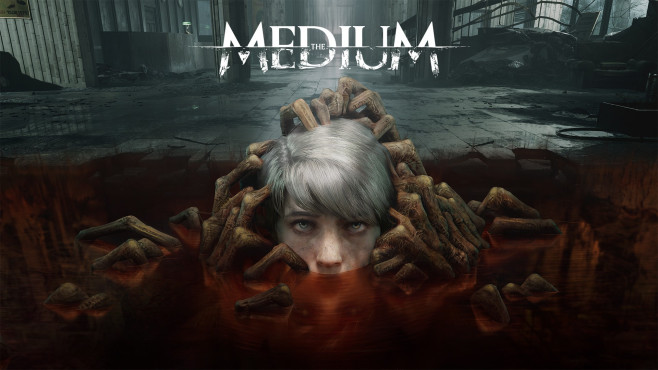 On the trail of "Silent Hill": After scary hits like "Layers of Fear", "Observer" and "Blair Witch", the Polish studio Bloober Team presents its most ambitious work to date with "The Medium". But like the game itself, the trip to the deserted resort called Niwa consists of two completely different worlds.

With "The Medium", Bloober Team is taking an interesting and daring path. The psychological horror in combination with a really great atmosphere, attractive graphics and sometimes exciting story is convincing. The approach of the "dual reality gameplay" with two simultaneous game worlds, which intertwine and offer connected puzzles, although you get completely different impressions, is very cool and fresh.

On the other hand, there is thin gameplay and the walking simulator recipe: Most of the time you walk relatively undemanding through the game world, looking for objects or running away from dangers from time to time. This works quite well at the beginning, but the paint wears off quickly. The classic touch of old horror generations may be pleasing, but the combination of always the same tasks as well as a lot of running and reading work is playful but only partially convincing. One creepy hotel - in this case the Niwa Workers ‘Resort - is also quite worn as a scary location. After all: Thanks to Xbox Game Pass, many interested parties and subscribers can take a look at the Polish horror adventure for free.

Test rating from the editors

The Medium story needs a start

In "The Medium", players slip into the role of the young woman Marianne, who - how could it be otherwise - is a medium. Her journey takes her to the almost deserted Niwa Workers ’Resort in Poland, where she is initially looking for a man named Thomas. He knows about Marianne's supernatural powers as a medium and demands her presence in the Niwa in exchange for information. Of course, the whole act backfires - and before Marianne knows it, she walks through the Polish wasteland and mega-complex and investigates a series of murders and strange events. 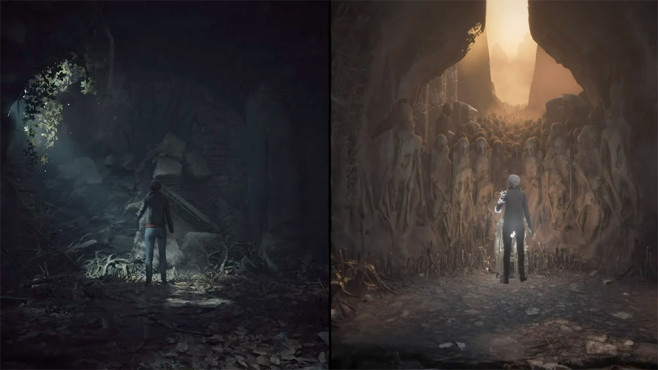 Hub like over there: In "The Medium" you often run through two worlds at the same time. This offers very special possibilities in puzzle design.

As exciting as the story is and unfolds thanks to the dense atmosphere and great characters such as the doll-faced girl Sadness, interested parties need perseverance. Many of the events are only in the form of a deluge of documents and flashbacks. If you don't like things like that and prefer to click away the sometimes sprawling texts, you miss a lot of the magic. Echoes of the past can also be put together over all kinds of objects, in the style of the adventure "Everybody's Gone to the Rapture". Often there are also clues waiting for the puzzles, which are based on genre classics of the brand "Resident Evil" and "Silent Hill".

The Medium relies on old mechanics

The most striking and at the same time most advertised feature of "The Medium" is probably the split screen, which is reminiscent of a classic co-op game. However, two different people are not gambling here - both sides are explored simultaneously by the player. Marianne is on one side of the screen in the right world, on the other side she is slightly different through the sometimes completely crazy world of ghosts. In principle, this offers a few possibilities, but unfortunately Bloober Team is discreetly holding back in this regard.
Most of the time, both worlds function separately as a playground for all kinds of puzzles. Interventions and changes in one world change things in the spirit level at the same time and vice versa. Example: In the resort manager's office, you want to enter a secret room that is blocked by a shelf in the real world. Even as a medium, you cannot get through the passage - unless you turn the pointer of the grandfather clock and thus open the way. If you now leave your body and change permanently into the spirit world, then the path can even be opened for both sides. Clever, but unfortunately quite repetitive. Despite some cool approaches, you often just look for suitable objects and march on. Sometimes you have to run, though, because Marianne is not all alone at the Niwa Resort.

The Medium is playfully thin

A monster named "Maw" - the Hellmouth - lurks in both worlds. And it's damned angry about Marianne's presence, which is why there are always disturbing encounters. Then it's time to take your legs in hand and start running. Maw is about as enthusiastic about an early demise as Mr. X from "Resident Evil 2", especially since Marianne lacks adequate firepower. Especially the escape passages quickly become exhausting, because due to the fixed camera you often go to the dogs through no fault of your own.

Beautiful, confused world. The spirit level of "The Medium" is sometimes extremely imposing and at the same time disturbing.

Despite the often redundant puzzles and occasional action passages, "The Medium" is more like a walking simulator, because there isn't really a lot of gameplay here. The focus is more on the more or less strong horror aspect in combination with an interesting story. Here Bloober Team remains true to itself once again, because, as in the previous titles, you get a lot of thrills, but the makers playfully balance on very thin ice.

Chic and noisy, but with quirks

One of the biggest pluses of "The Medium" is probably the dense atmosphere, which is not least due to the chic graphics and great lighting effects. Both worlds are in part extremely detailed; the hotel is designed just as interesting as the insane world of ghosts. Not every corner is an effective shock waiting for you, the developers rather play with the expectations of the gamers. Unfortunately, technical dropouts sometimes occur: The textures are not always successful or take a few seconds to reload and some animations appear very stiff. The fixed camera position specified by the developer is not everyone's cup of tea, especially since it often leads to problems finding the way when moving rooms. However, this is a design decision by Bloober Team and should further heat up the atmosphere. 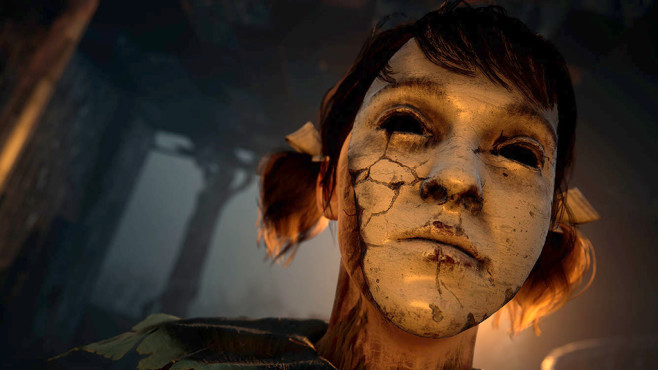 Sadness is an interesting character who sometimes scares the player. Unfortunately, there isn't much else going on in the world.

Scary ambient noises paired with the expectations of the players also bear fruit in terms of sound. The completely English voice output doesn't convince with all characters, even if Troy Baker (who speaks among others Joel in "The Last of Us") inspires as Maw across the board. Unfortunately, the bottom line is that the rest of the soundtrack falls short - despite the involved and almost legendary composer Akira Yamaoka, who is best known for his strong work on almost all "Silent Hill" parts.
"The Medium" release: January 28, 2021 for PC and Xbox Series X / S.