What are different types of silence

A sound map from Halle, a live broadcast from the water tower: in cooperation with Radio CORAX, the Goethe-Institut is awarding an international grant for radio art for the first time. The Argentine artist Sol Rezza is the first recipient of the Radio Art Residency. We asked her about her sound experiments in Halle.

You have just moved to Halle from Mexico. What are your first impressions?

Halle is a contrast to Mexico. Everything seems very quiet to me, the silence has to do with the weather, with the snow. In a sound piece, I work out the various forms of silence. I am concerned with the vertical noises of the city's most important landmarks. The sound of bells or the sounds of the city's towers. I had the opportunity to tour one of the water towers where we are producing a live radio broadcast. 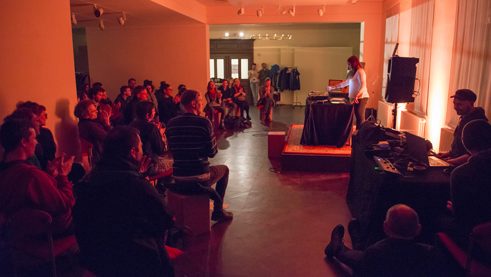 In the hall, the audience listened to the sound collage at the opening | Photo: Marcus-Andreas Mohr How would you describe the sound of Halle?

The bells are very dominant, but I don't think that alone defines the city. I work with the idea of ​​vertical noise and silence. For example the noises associated with two important painters: with the murals by Hans-Joachim Triebsch and Lyonel Feininger's city views of Halle. They captured the sounds and history of Halle. The Saline Museum is also exciting: The history of salt contains very special sounds that are associated with the mining, processing and trading of salt.

Which projects do you want to pursue?

We create a sound map of Halle. It includes several experimental sound pieces, soundscapes and radio broadcasts connected to different locations in Halle. For example, walks along the river that people describe in different languages ​​in order to make migration audible. We are broadcasting live from the water tower, in which we combine the acoustics of the location and previously recorded sounds from Halle's bathrooms. This creates a new kind of playful perception of ordinary noises. 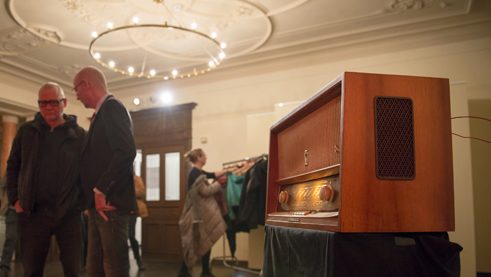 The opening of the Radio Art Residency took place in the Literaturhaus Halle | Photo: Marcus-Andreas MohrTell us about radio art in Latin America. What are the biggest differences?

The biggest difference is that projects in Latin America are strongly influenced by political organizations. Unfortunately there is no defined space for sound experiments and the development of new ways of communication. We want to bring storytelling, technology and media together into a unified idea. The free radio can provide a central space for this. So we should research it more.

Working with sounds and silence

What are you going to take back to Mexico with you?

The experience of having worked for a free radio station and the exchange with people in another place will fundamentally change my work with sounds and silence. I also hope to come back home with a mountain of new recordings and finished sound pieces as well as a lot of new ideas.

In cooperation with Radio CORAX, the Goethe-Institut is awarding an international grant for radio art for the first time. The Argentine artist Sol Rezza resides in Halle (Saale) from February to April 2018. From March 18, various pieces and live broadcasts of the sound card project will be broadcast. There is also a website that contains the sound archive of the experiment. There you will find the map, the sounds, the recordings and the radio broadcasts.