Do the Turks enjoy being secular Muslims?

If you want to shoot the arrow of truth, don't forget to dip the tip in honey.
Arabic proverb

I come from a long-forgotten country where well-off people brought handwritten transfer slips to banks at Christmas time in order to donate considerable sums to the needy. “We don’t give each other anything, we prefer to donate” was common behavior in my circles, and that made the world a little better. This world that I was part of existed a year ago. This year the talks are no longer about how much to donate, but about the range of pepper spray, alarm sirens and self-defense. I have to say quite frankly that I liked the old country a lot better, but it became different and after New Year's Eve the fear really goes away. Especially when it gets dark in the cities. 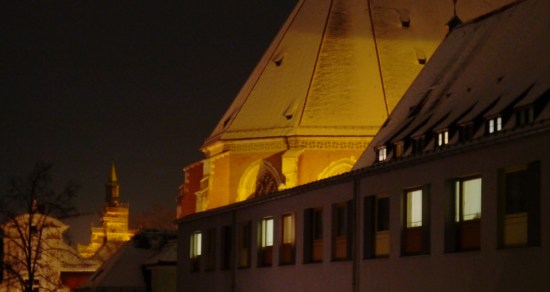 No matter how much the police emphasize, there has so far been no evidence of a significant increase in crime by migrants in the past year: the bourgeois consensus is that one does not want to become part of crime statistics in the first place. On the other hand, my stupid little hometown is relatively safe: Despite the notoriously high willingness to report - as a resident of the old town, I know what I'm talking about - the crime rate is only half as high as in Berlin, and the clearance rate, on the other hand, is one and a half times as high. Graffiti smearers are still being persecuted here, and if you leave your cell phone in a visible place in the car, the police will sometimes put a notice on the windshield. For many years I have been doing my banking at the last minute at night, because then there is little going on at the transfer machines, and I never had a feeling of threat because of that.

In this respect, it was only routine last Thursday that I left the house around eleven o'clock and walked through our magnificent old town down to the Sparkasse. A painting had to be paid for, and the next day I planned to go to the mountains. I wanted to withdraw some more money. That's the way it is, many do it in the evening, and some then combine a visit to the theater or a film with a short detour to the foyer of the bank. You come from the north and walk diagonally across the town hall square, and whoever steps into this diagonal has to go to the bank. In front of me there were two women on this path who, independently of each other, first walked more slowly, then turned and quickly moved away in another direction. Obviously it had something to do with the four young men standing in the foyer just behind the door. 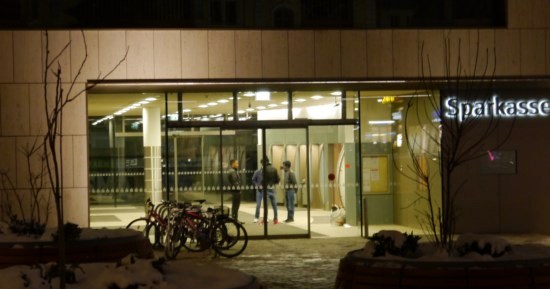 Pretty wide-legged, pretty expansive, in the middle of the way, and on top of that of the type who, despite all the loving instructions from public institutions to look at the matter rationally, makes women buy pepper spray, now it's winter, and it is It often happens that people wait for the bus in the foyer: it's warm inside, cold outside. The foyer is large, a hall well over a hundred square meters, so nobody cares if a few people are standing in a corner. The foyer is closed after midnight anyway. These four gentlemen, however, are not standing somewhere on the edge, but in the middle of the way, and when I, the cynical journalist that I am, raise the camera, a man walks past me. Take a few steps, look, stop, turn and walk away like women. The four young men remain alone in their dark clothes in the foyer.

I don't have to go in there either. There is a second, smaller foyer with machines at the other end of the bank building. There are also doors at both ends of the room - you can just walk through them. We'll see what happens. This is a Bavarian city, law and order prevail here, and one of my ancestors helped shape the local savings bank. My city, my bank, my ATMs. As I get closer, I realize that I'm not going to withdraw there: there are four of them, I'm alone, and they have left their bags next to the ATMs. I appreciate the distance in banking, and that is not the case here. I also lived in Italy for a long time, and my friends - dyed bright red in the wool - whose neighboring house went up in flames, taught me to keep as much distance as possible. My Italian self, who has seen robberies and the wrong end of knives, doesn't really want to go in there. My German self strides on. Then the sliding door opens and no, these four gentlemen have nothing to do with Islam. Because Islam, as a patriarchal culture, as the name suggests, requires a central respect for old age. Standing right at the door in the way and not giving up a millimeter, seeing the significantly older arrivals, smirking, and continuing quite loudly - and in my humble opinion also recognizably intoxicated - ignoring talking does not at all correspond to the courtesy that one in Arab countries towards older people has to bring. 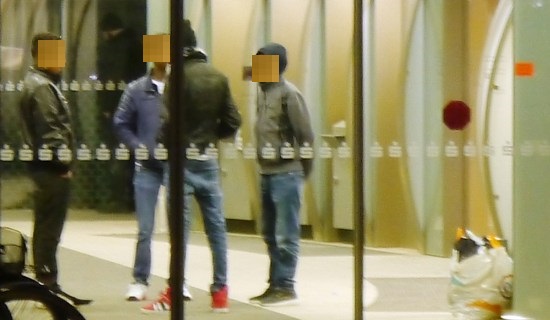 You can only afford that there if you are either in a very high social position or if you want to insult others who are not socially inferior. But in the normal way of dealing with the Islamic world, as with us in patriarchal Bavaria, this is considered extremely gross and disrespectful. You couldn't afford that in a bank. In the East African Tewahedo Church it is no different, by the way, where the Jewish respect for the elderly applies. The gentlemen who presumably come from Eritrea or Somalia are not representatives of a multicultural, different attitude to standing with their legs apart, but rather those who know a boldness that is questionable in their homeland. Incidentally, if I may note that, this also applies to the excesses in swimming pools, which one is now trying to limit with small pictures: Those involved are very well aware from their homeland that such attacks can degenerate into blood revenge. This is not done in Iraq, Syria and Afghanistan, and the social dubiousness is made clear by the extremely brutal clans. One cannot effectively replace the social pressure of such clans and their socially accepted thirst for revenge with nice pictures. It would also be of no use to explain to the gentlemen in the foyer with pictures that this room is reserved for bank customers only, and that they would like to stay discreetly at the edge, if at all, and remove the bags with the bottles from the ATMs. If it were not migrants, but white, heterosexual Germans, net feminists would now speak of “broad-minded smackers” and demand stricter laws.

My Italian self has come to the conclusion that it is only so mediocre to withdraw a large amount here in front of the eyes of these loud, crazy and wide-legged gentlemen in the entrance. My Italian self refers to the fact that the way home leads through a dark old town, and recently a man from Tanzania tried to hit another man from Senegal in the head with a stone at Tegernsee - for 2 euros. My Italian ego feels very bad vibrations in the room and does not want to turn my back on these gentlemen when transferring money. My Italian I just want to get out of there quickly and quote Shackelton, who wrote to his wife after a failed expedition that he had assumed that she would prefer a live donkey to a dead lion. My Italian self thinks that I was brave enough not to run away like the others, and besides, it wants to know whether I have a Telefonino with me. It would like to call the Polizia Municipale, so that they can make it clear to them how stupid, audacious and offensive it is to behave like that here. Of course, that's not a crime, but my Italian self is also a gentleman and I want women to have their own bank account whenever they want, without brazen macho games at the door. There is a basic right to asylum, that may well be the case, but also a basic right to security in everyday life. My Italian I favors weighing up legal interests with flashing lights, being banned from the house and being sent off. 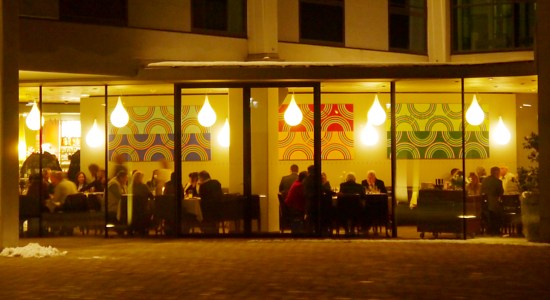 Of course, friends of anti-German racism, who don't care about the real life of non-feminists, will now smirk, because the asylum seekers have fulfilled their purpose in the totalitarian worldview and finally let Germans feel the insecurity of the world in their comfort zone. And they did it so skillfully that the German really doesn't know whether to do something or not. Because of course it's cold outside, of course you go into the foyer, and it would be impolite to let others freeze outside. It is not an easy decision what to do. It's in the gray area between threatening appearance and threat. You are here, said the woman who invited these people. She has also claimed that the Chancellor is in control of the situation, but the only real control that evening is four young men closing a door. At least two women are now wondering whether it is really safe to go out, and whether pepper spray might not be a good idea after all.

The Germany I come from, the country that the domestic racists of the left hate so much, was a good country, and was inhabited by door openers, considerate people - if they weren't in the car - people who slimmer and give way. It was a country that worked so fantastically because so many did not get what was possible, only what they really needed, and that was the only reason it could afford generous welfare. It was a country of good manners and, on top of that, committed to public spirit at all levels of government, as my Italian I had to admit, grudgingly, when looking at Italian conditions. It was a country that could be trusted to live well, tolerant, cosmopolitan, helpful and idealistic. It was a land of donation checks and egalitarian beer gardeners. It was a country whose banks anyone could safely visit at night. This country disappears with every mass brawl, with every sexual assault and every helping downplaying with the help of the Family Minister, every hunt for journalists, every burning of accommodation and cars, every shot on poster stickers and every knife stab, and with every woman who stops and goes quickly in another direction. I am told that this migration crisis is like a bar with eighty people in it, and then one or two people join them. Unfortunately, this migration crisis is also four wide-legged, loud, brazen gentlemen in the entrance of my bank. Not refugees, but migrants who presumably came via Italy, a country that is also peaceful and knows the right of asylum, but does not offer them lavish privileges. Italy is a country. that does not explicitly ask such people to come and does not expect the people to make a friendly face because we supposedly cannot protect the borders anyway.

That's true. In view of those who regard integration as neither an obligation to bring nor an obligation to collect, but rather an occasion to smile, we cannot even keep the doors of our banks open. And none of this has anything to do with Islam. Just with cowardice, bad behavior, open borders and total failure at the head of government in a country that used to be beautiful and friendly.

Four rude men have nothing to do with Islam