Are Spaniards seen as Europeans

Interview with Sebastian Schoepp
What Europe should learn from Spain

Sebastian Schoepp studied in Italy and Spain and got to know the south in all its facets, both good and bad. He is more enthusiastic about the human contact in southern Europe than the beach and the sun. People there are perceived much more in their being than in their function, says Schoepp. Since 2005, Schoepp has been the foreign policy editor of the Süddeutsche Zeitung, responsible for Spain and Latin America. In 2014 his book “Daring More South” was published, in which he advocates a differentiated view of the Mediterranean countries and calls for their strengths to be better taken into account in the European unification process.

Mr. Schoepp, what role do Europe and European politics play in the Spanish public?

An enormous role. Spain has been perhaps the most European-friendly country in the EU in the past. In 2005, the Spaniards were the only Europeans who voted for the European constitution in the referendum - with 76 percent. After a long time on the fringes of Europe, the country was delighted to be accepted into the European Community in 1986. Accession had promised a lot: not just money, but above all economic and social progress. Both have also occurred. Social progress is very sustainable, unfortunately economic progress is not.

Why was Spain the most Europe-friendly country? What has changed?

Europe has always played a positive role in Spain. That only changed with the crisis. But not so much because of the crisis itself, but because of the treatment that the Spaniards believe they are receiving from Europe. They feel patronized, dominated from the outside by an austerity dictate, similar to Greece. Europe is no longer the bearer of hope, but also a power that forces Spain to adopt a certain way of life and to give up social progress. That has permanently damaged the image of Europe.

Does that mean, conversely, that Europe is seen today as a place of hopelessness in Spain?

Hopelessness definitely not. However, the Spaniards had hoped for a better standing in Europe. They had expected that problems would be solved through dialogue and not through an imposed dictation from Brussels. In Spain, people want less external dominance. You want a partnership process.

How does Spain position itself in the EU? Do you see yourself as part of the European south and show solidarity with Greece, or do you tend to distance yourself from other crisis countries?

At the beginning, at the beginning of the crisis, there was a strong demarcation. Not a day went by without a Spanish newspaper headlined “Spain is not Greece!”. However, Spain was then subsumed under the heading of crisis countries. In the English financial press there was this very unsightly acronym PIGS (Portugal, Italy, Greece, Spain). Suddenly Spain was part of the “South”, to which one actually no longer wanted to belong. It was assumed that they had caught up with the European leaders.

Can one even speak of “the South”?

“The South” never existed like this. It was not until the crisis that we suddenly discovered common ground. Solidarity is anchored on a social level and is lived primarily through exchange and in social networks. You realize that because of similar historical developments you are faced with the same social and economic problems. However, this feeling is not reflected in current politics. That is why no southern alliance has been formed so far. The political camps are too different for that.

Do you set yourself apart?

The ruling conservatives in Spain are terrified of being washed away by a left-wing protest movement, like the conservatives in Greece, which is also very strong in Spain. That is why they have tried to differentiate themselves strongly from Syriza over the past few months. In the population, on the other hand, I have the impression that there is strong solidarity with Greece. It will be seen to what extent this mood is expressed in the upcoming parliamentary elections in December.

How do you assess the mood ahead of the elections? Are we demanding more, less or a different Europe?

Clearly a different Europe. Europe as such is not being called into question. Europe is still a beacon of hope. But one would like to be treated differently. The Podemos protest party is not Eurosceptic either. They just want other rules. One wishes for a Europe that functions according to social rules and not according to the rules of financial market capitalism.

How is Germany's role in the euro crisis perceived in Spain?

A very strong German dominance is noted. Actually all the time, every day, anywhere, anywhere. People feel oppressed. Spain was actually always neutral to positive about Germany. The Spaniards never got to know the Germans as occupiers, only as tourists. I don't think the Spaniards have that much against a leading German role. Germany has a lot to offer. However, one would like to be involved. You don't want to feel like a periphery.

Is Spain missing out in media coverage in Germany?

Should there be a shift to the left in Spain, Spain will soon be the focus again. At present there is no longer any differentiation in the reporting between the southern countries that do not meet the German economic model. Because resistance came from Greece, the country has taken a top position in the German public. As long as there is calm in Spain - to put it bluntly - the criticism and reporting is limited. Much was reported during the housing crisis. Much is also written about the labor migration of young academics. Still, not much is known about Spain beyond the beaches. The Germans' image of Spain is shaped by Mallorca and other clichés.

Your recently published book is entitled “Dare More South”. What do you mean by that?

Economically, culturally and socially, Spain has developed very differently than Central Europe. The bourgeois and industrial revolutions did not take place in the same form. The clarification came late, which had to do with the dominant role of the Catholic Church in Spain. This has led to the development of a different socio-economic model. The Spanish philosopher Goytisolo said that Homo Oeconomicus never really arrived in Spain. Economic thinking and progress have never played such a central role in Spain. Individual success is not a yardstick for a good, successful life.

Instead, what is characteristic of Spanish society?

The idea of ​​community plays an important role in Spain. This is particularly expressed in a strong family bond. Many young Spaniards live much longer in their parents' home than in other European countries. That's a fundamental cultural difference. In return, Spain is often viewed critically. However, family solidarity, community spirit and close proximity also have significant advantages. You helped Spain through the crisis. You have to be very clear about that.

How can Spain contribute to a successful future for the EU?

The welfare state was only a transitory phenomenon in Spain. Just as quickly as it was set up, it was dismantled again during the crisis. And Spain only tolerated that because you could build on the strong family solidarity. This is a great value that we only value little. You can learn something from this. We are dominated by individual success and a certain elbow mentality. The strong community spirit in Spain has a positive effect on social cohesion. Ultimately, this can also lead to more success in Europe. 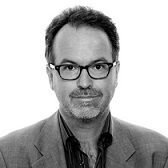 Sebastian Schoepp, foreign affairs editor of the Süddeutsche Zeitung, taught for many years as a lecturer in a study program for journalists at the University of Barcelona.
This interview was first published on sagwas.net in October 2015.