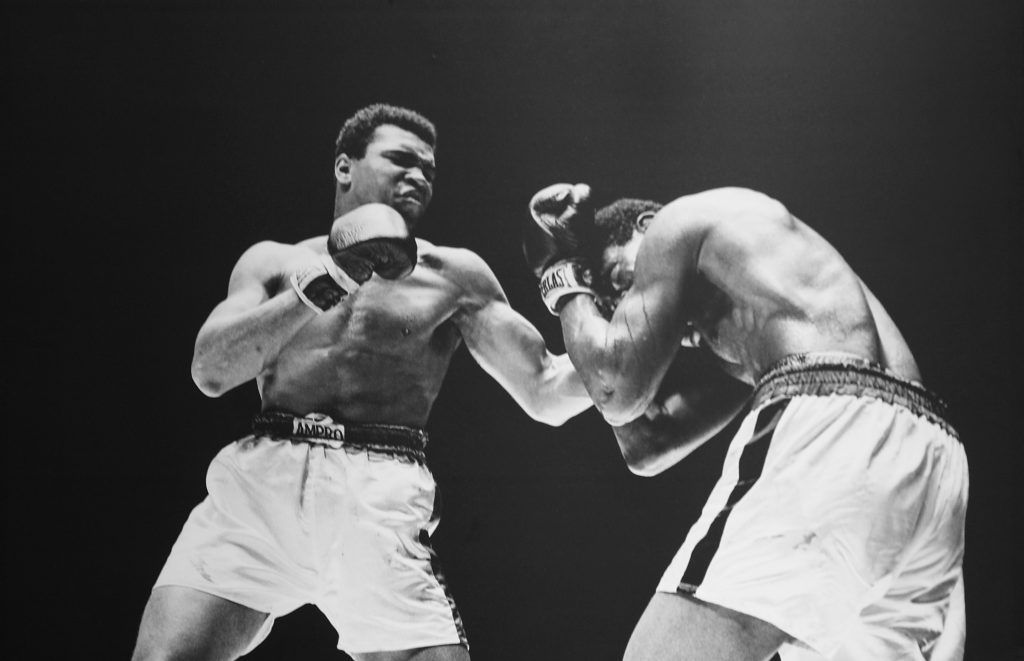 Muhammad Ali. Mike Tyson. Joe Frazier. Manny Pacquiao. Regardless of whether you focus on the heroes of bygone days or on current talents like Anthony Joshua and Denis Lebedew - they all clearly stand out from the average boxer and achieve superhuman performances in wrestling. But what do these outstanding athletes have in common? Does boxing success depend solely on genetic prerequisites? What techniques do the greatest boxers of all time use to stand out from the rest? What have they mastered and mastered like no one else? We check which things distinguish the greatest boxers in history - from the perfected technique, to the raw strength, to the mental side.

You're in the ring. The opponent is almost overpowering and penetrates you with targeted and hard blows. After several rounds, your own legs become weak, your arms always heavy, your body moans louder and louder under the blows. How do the best of the best hold up in the ring despite these circumstances? The keyword is mental stamina. The best athletes, whether in boxing, football or racing, are characterized by mental strength and calm in extreme situations that an average person can only dream of. This starts with the type of training: a professional boxer spends several hours in the gym up to five times a week in order to increase his or her own physical strength in a targeted manner. Cardio training for improved endurance. Hours and hours of training in technique, posture, basic stance, strokes. In addition, there is an extremely strict diet that contains many carbohydrates, up to 200 grams of protein per day and legal food supplements. It becomes clear: Even in training, a professional boxer needs an incredible amount of stamina and discipline. This is the only way for a boxer to achieve the dream of winning the title. So the head plays a crucial role in this. Mental training is now commonplace among athletes, but the pressure increases year after year in almost all sports. Boxers like Muhammad Ali, who was stripped of the world heavyweight title after his conversion to Islam and the resulting refusal of military service, was characterized by precisely this mental strength. And that even before psychology found its way into boxing. It has been known for decades that a boxer who is disturbed before a fight has lost long before the gong. The mental battles (even before the physical battle) of legends like Mike Tyson and George "Big George" Forman are unforgettable. Mental strength is also crucial in other sports: Sebastian Vettel lost the title in racing to his competitor Hamilton in 2018, mainly due to mental errors. The German couldn't withstand the pressure of being the only challenger to the Mercedes driver.

The most brutal punch

Which technique is the most important in boxing and what sets a future world champion apart from the amateur? The straight answer is the punch. What makes the boxing fans cheer are spectacular puncher, i.e. boxers who bring every opponent to their knees with brutal force. These show the best combinations of speed and power when hitting.

How important is punch to boxing? Extreme important! The punch is the boxing equivalent of shooting on goal in football. When you think of the Bundesliga, you immediately think of Robert Lewandowski, who in 2018 is once again considered the favorite for the season's best goalscorer. And of course, the bet for the best goalscorer attracts far more fans than those for relegation or promotion. It's similar in boxing with punch. It is the decisive criterion that sweeps boxer fans away. The punch is the hallmark of every big name in the boxing world. And nothing testifies to a good punch like a high knock-out rate. Joe Louis (knock-out rate of 74.29 percent), Ernie Shavers (knock-out rate of 76.67 percent), Frank Bruno (84.44 percent) and the legendary Rocky Marciano with a dizzying rate of 87, 76 percent let their opponents tremble just because of the huge number of knockouts. Boxers like the Klitschko brothers also had quotas of over 80 percent. However, it is the individual punch that distinguishes the world's best boxers from those who have gripped their teeth on the title all their lives. Nothing is more crucial to success in the ring than mastering this stroke. Nothing earns a boxer more respect from opponents and fans than a punch.

What the best boxers still have in common is of course the perfect training routine, which allows them to fully exploit their maximum potential. Training includes, for example, the use of foot weights (for example when jogging) to strengthen your stance. The technology also has to be continuously perfected. A muscular body is a must for every professional boxer: bench press, dumbbell curls, squats, lateral raises, front lat pulldowns. When doing muscle training, the boxer has to get to know his own body in detail. The goal is to have a minimum fat percentage for the greatest possible mobility with maximum muscle mass. Particularly sensitive areas such as the abdomen have to be strengthened against violent blows, the leg muscles at the same time have tremendous strength and almost superhuman endurance. In addition, the posture has to be perfect, because even the slightest bad posture in the ring weakens the defensive and makes the boxer more susceptible to knock-outs. Anyone who looks at boxers like Mike Tyson knows what perfect training and outstanding posture mean: Every muscle is defined, the diet is precisely tailored to the training and the boxer is ready to perform at their best in the ring. Anyone who underestimates the importance of training must be aware that a boxer only spends a fraction of his career in the ring. Most of the time you train with the personal trainer, prepare yourself physically for the fight and pay close attention to the correct intake of proteins and carbohydrates. The importance of the perfect training plan cannot be overstated and is the cornerstone of any boxer career.

So what is the difference between the greatest boxers in history and the masses of amateurs and professionals? Genetic conditions likely play a role - a heavyweight world champion is usually naturally gifted with lots of power, lots of strength, and a healthy body. Much more important and decisive, however, are perfect training, the right diet, the iron will to win, the perfect mental constitution and the willingness to take on any opponent. Well-known names like Ali, Foreman, Tyson, Klitschko and Joshua show that it is these factors that make the best boxers in the world extremely successful and dangerous. As the movie hero Rocky Balboa put it so beautifully: It's not about how many times you get knocked down. What really matters is how often you get up again.