Who are the best live musicians

It's one of those things with live albums: some fans are fascinated by the atmosphere, the new versions of well-known songs and this special sound, which may even be reminiscent of a concert they experienced themselves. The others are just annoyed by the audience, by announcements, by songs that don't sound like they do on the radio. 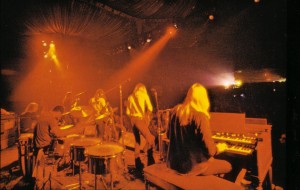 Both are legitimate and no one needs to discuss such subjective preferences. One can imagine that I do not belong to the latter group. Because, in my opinion, some bands & artists have performed their best live - and in the best case also preserved them.

Of course, there are also candidates where you have to discuss this on a case-by-case basis (I'm just saying: Nirvana!), Where the live work of studio art is at least in some points musically diametrically opposed (Hendrix) and an artistic one of its own Aspect documented, or who simply did not achieve anything convincing live - many bootlegs prove that.

There are also those live records that come out after years of grueling revision and sound like studio recordings plus applause. Sometimes it's just the case that only the applause really comes from the concert that gives the corresponding album its title ... Maybe that's exactly what I never noticed with some of my live favorites listed below? But I wouldn't care, because these albums definitely belong in my island suitcase: They have decisively shaped my guitarist and music life. Here we go!

If you love the great guitarist Duane Allman then this is ALLMAN BROTHERS BAND: AT FILLMORE EAST (1971) a must. The double album is also available in a 5.1 version for surround fans. In any case, sound brands were set here as far as the Gibson @ Marshall phenomenon is concerned. The successor to Duane Allman, who died in 1971, was actually only in the towel in 1999, when Derek Trucks became a member of the band. The DVD ALLMAN BROTHERS BAND: LIVE AT THE BEACON THEATER (2003) documents his ingenious interaction with guitar colleague Warren Haynes, his albums with THE DEREK TRUCKS BAND, LIVE AT GEORGIA THEATER (2004) and SONGLINES LIVE (2006, DVD) his own, slightly different musical side.

DAVID BOWIE: DAVID LIVE AT THE TOWER OF PHILADELPHIA from 1974 is a live rock blast from post-glam poppers. Here you can experience, among other things, an excellent soloing Earl Slick (g) and the outstanding bassist Herbie Flowers. Keep listening DAVID BOWIE: STAGE (1978) shows the artist in a phase of upheaval; The guitarists Carlos Alomar and Adrian Belew were among them.

If you want to find out that Alvin Lee was more than the "Goin’ Home "fiddler from Woodstock, you should check out his band's first albums TEN YEARS AFTER to get. And of course RECORDED LIVE (1973): Blues, rock, soul, jazz, classical, folk ...

In the case of Jimi Hendrix, the live entry is very simple: First of all, stay away from everything and join in chronologically correct JIMI PLAYS MONTEREY (1967), BAND OF GYPSYS (1969/70) and WOODSTOCK (1970). Here you can hear the best from three Jimi live worlds.

DEEP PURPLE: MADE IN JAPAN (1972): You couldn't get any more hard rock, in the early 70s. Purple were only really electric & dangerous with Ritchie Blackmore. 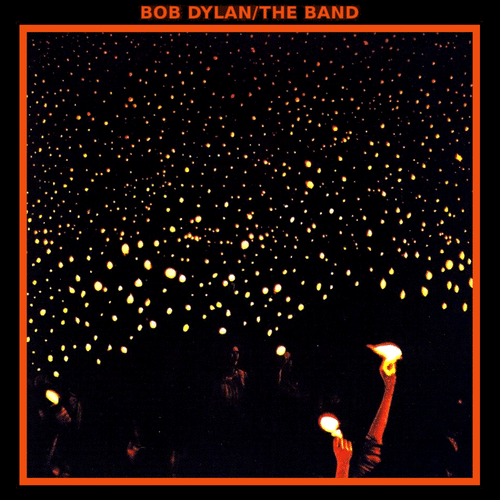 Singer / songwriter colleague Joni Mitchell has on her live milestones MILES OF AISLES (1974) and SHADOWS AND LIGHT (1980) with Robben Ford at the first and then Pat Metheny & Jaco Pastorius, first-class string players at the start. "Miles Of Aisles" is definitely my only favorite Robben Ford album.

JIM HALL: LIVE! (1975) is one of the most beautiful and exciting guitar trio jazz albums of all time. Here you can hear where Scofield, Metheny and Co. have learned, here you learn that you can improvise extremely idiosyncratically using the most well-behaved standards - and that with a fat glove. Vol. 2-4 of this live album, which he released himself, are finally available exclusively via Jim Hall's website. Incredible music, beautiful, unique. A must for jazz guitarists !!!

An album that is still unknown to many fans is the one released by the German label Enja JOHN SCOFIELD: LIVE (1977), on which the guitarist fires his BeBop lines with a bluesy, distorted tone, plays wonderful ballads, and that with an acoustic jazz trio around the pianist Richie Beirach. World class, like the studio successor, Rough House ‘(1978).

What appeared on three LPs in 1974 is still his master's certificate today: SANTANA: LOTUS shows master Carlos in classic Latin rock songs as well as in jazzy, trippy psychedelic improvisations that are timeless guitar highlights. 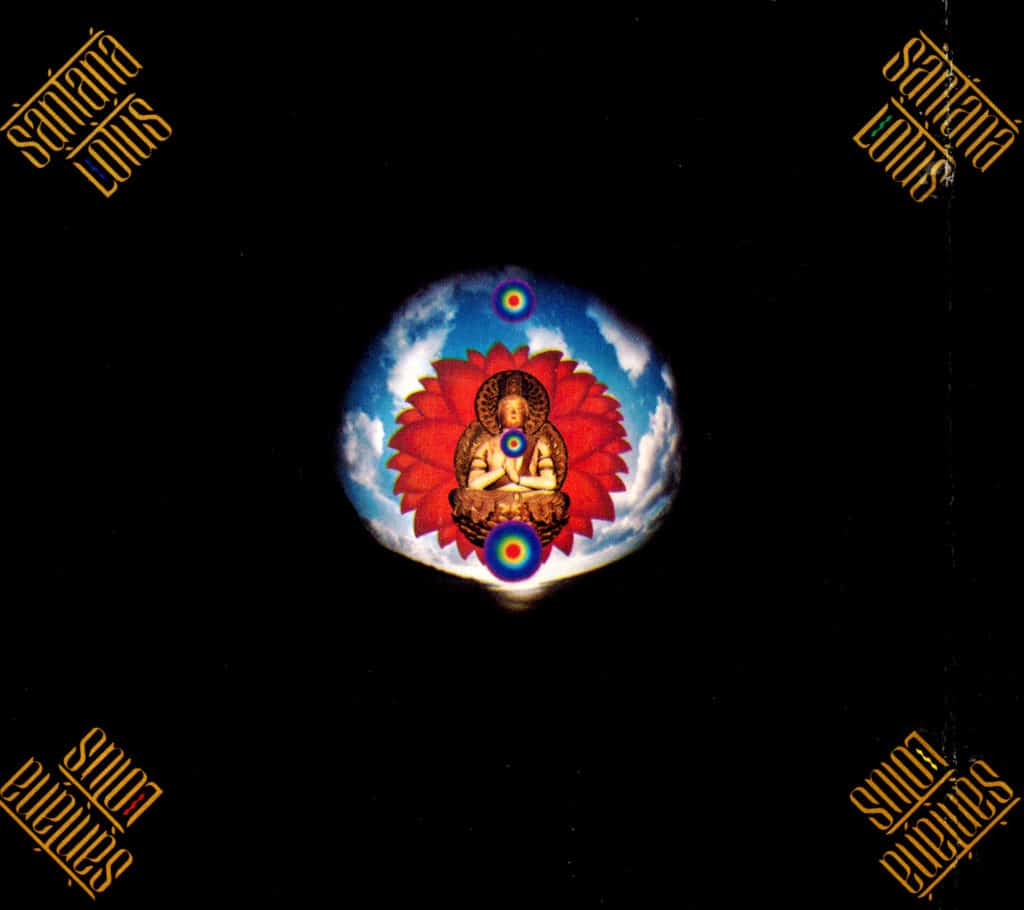 Here he gave everything and showed it all again: JEFF BECK: AT RONNIE SCOTT’S (2008) presents a tone genius, a guitarist who seems to have grown together with his instrument and who conjures up touching notes over all stylistic boundaries. World class forever.

The occasional Giftzweg & Live rip-off is known to be a great musician as well as a part-time job: That proved PRINCE e.g. at an extensive club gig in The Hague on August 18, 1988. NIGHTCLUBBING is the name of the bootleg album on which he delivered his best guitar solo of all time in the soul classic, My Imagination ‘. More of that.

Live goes without an audience. The great jazz guitarist ATTILA ZOLLER has with CONJUNCTION "Four spontaneous improvisations for guitar" recorded on October 11, 1979, cut directly to the vinyl master. You can't get more live than that. If you are interested in free variations of guitar music, you have to listen here. 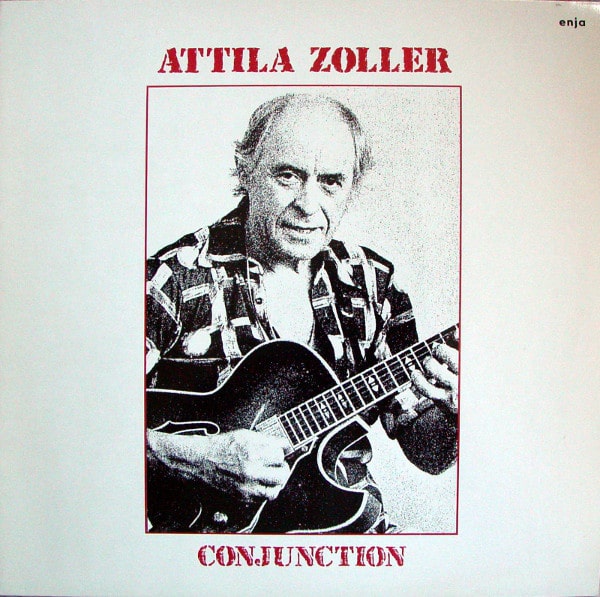 Yes, of course - of course there are still a lot of great live albums that I may have forgotten or that are on the following list: So also check out PETER FRAMPTON: Frampton Comes Alive, RORY GALLAGHER: Irish Tour, ZAPPA / MOTHERS: Roxy & Elsewhere, BOB MARLEY: Babylon By Bus, MOTHER'S FINEST: Live, MOTÖRHEAD: No Sleep 'Til Hammersmith, THE ROLLING STONES: Get Yer Ya-Ya's Out, THE WHO: Live At Leeds, THIN LIZZY: Live And Dangerous , JOHNNY WINTER And: Live, DAVID GILMOUR: Live In Gdansk, HERMAN BROOD & HIS WILD ROMANCE: Stage Addiction, ZELTINGER BAND: Live in Roxy and Bunker, ISAAC HAYES: Live At Sahara Tahoe, TOURE KUNDA: Live Paris Ziguinchor, THIRD WORLD: Prisoner In The Street and, and, and….