What is the spiritual meaning of birds

Birds have always been considered ambassadors of the gods or messengers of the great goddess. Whatever you whisper in your bird's ear, he will carry it directly to the stars or wherever you want at your request.

All birds are a bridge between heaven and earth, earth and sky. Due to their ability to fly, they embody the element air like hardly any other animal - at the same time, however, they are dependent on the earth, as their food comes from there and they raise their young on earth.

Birds help you to bring yourself back to earth out of confused thoughts. Or to raise yourself to lighter areas if the earth is too heavy.

Your bird shows you what it is like to live in basic trust and asks you to let mother earth carry and nourish you.

The bird stands for the gift of overview and foresight. He asks you to see your worries, needs and problems from a higher vantage point / level and to remind you of the ease that heaven has provided for you.

Soul parts are often represented by the bird. His appearance can convey a soul aspect to you. This often happens when the bird in which we are involved is tragically accidentally killed - for example by being run over or hit the window of our house. But it can also happen without the animal's death. I myself had two special experiences in which I got a part of my soul back: a small bird fell into the chimney shaft, from which I then freed it and another time a small tit fell into the drainpipe of the rain gutter, from which I also took it was able to free (since then the opening has been closed by a sieve: o)).

The bird symbolizes the joy of song and dance and it invites you to do the same.

If a bird appears to you in a dream, it can display a message or message for you. Often the dream course indicates what kind of message it is.

The dream bird can, however, also show a part of the soul. 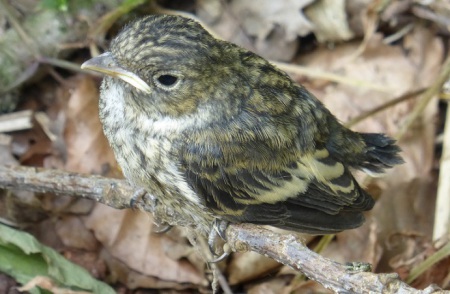