What is the Buddhist belief in reincarnation

Whoever dies will start a new life somewhere. Buddhists believe in that. For them, death is a new beginning. 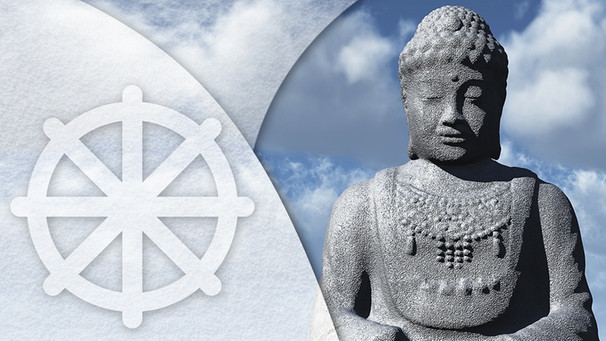 Buddhists believe in rebirth: after death, a person's mind leaves its old body behind and looks for a new one. What kind of body it will be, determines the karma of the person, i.e. his actions, but also thoughts, intentions and longings, according to Klaus Neukirchen from the Buddhist Center in Munich:

"Both the body itself and what this body experiences in this life is only a result of what has been said, done and thought in the past."

The cycle of rebirths is also called "samsara". Buddhists see constant rebirth as a painful experience. Because life is accompanied by the three roots of the unwholesome: greed, hate and delusion. This suffering can only be overcome if, after many lifetimes, the Buddhist reaches nirvana, the state of highest happiness. Nirvana is not a place, therefore not comparable to paradise or heaven, but a state. In nirvana, the mind enters into a different mode of existence.

The "Phowa" meditation is about "conscious dying". On the death bed, meditation is supposed to help the dying person move into a state of supreme joy. In doing so, the spirit leaves the body, according to Klaus Neukirchen:

"You prepare by realizing that you have the Buddha-nature and that only the body dies. The mind cannot die. The body falls away, the mind becomes very clear. I can then directly with the mind keep working and consciously control this death process. "

Buddhists practice how to do this long before death with the Phowa - there are special meditation courses for this. A calm and clean environment and people who are benevolent to the dying can also contribute to peaceful dying.

Depending on tradition, Buddhists treat the dying person differently. You don't have to suppress your feelings as a Buddhist, so you can cry, that's how some see it. Others mourn in silence. As a Buddhist you shouldn't irritate the dying with too much grief, says Klaus Neukirchen:

"For the dying, who may have a very sick and cancer-eaten body, it is also a liberation to get rid of this body. When they hear someone very close and say, 'Don't go,' then the spirit goes back into the body back. It's a huge pain. "

One should let the dying go with the best wishes for a good rebirth, says Klaus Neukirchen.

In Buddhism, the family keeps the deceased in their own house or in the temple before they are cremated after a few days. Relatives come by and can say goodbye to the dead person. Burials and mourning ceremonies can vary greatly from region to region. In Thailand, for example, the dead are washed before the funeral. As a symbolic act of cleansing, relatives pour water over his right hand. In Tibet there is a tradition of burying the dead according to the elements fire, water or earth. For example, to scatter the ashes over the water, i.e. over rivers.