How deep is regolith

How deep is the regolith around this crater?

I'm trying to estimate the depth of the ground around this 300 m long crater about 150 m from the lip of the Lalande crate on the equator of the moon. In the picture below from the camera of the LRO the angle of incidence of the sun is 65 O (it's 25 O over the horizon). This picture shows that the crater lacks a bottom that Reglith was loose and deep enough to collapse and fill in after impact. In this flat angle of the sun, the sun also reaches everything. Based on this, I estimate that the crater on the darker side has an inclination of no more than maybe 15 °. So the crater is about 35 to 40 m deep and there is no evidence that it penetrates a layer of coarser or denser regolith. 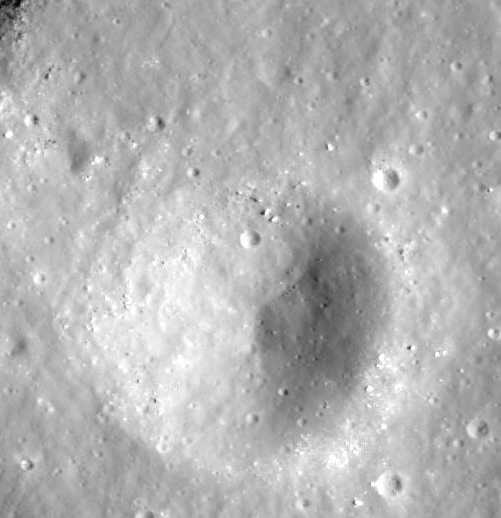 Here it is a little higher in the context of Lalande and with the sun, in the area where it is shown. The picture is a screenshot of the Quickmap service. You can use this link to go directly to the point on the map. 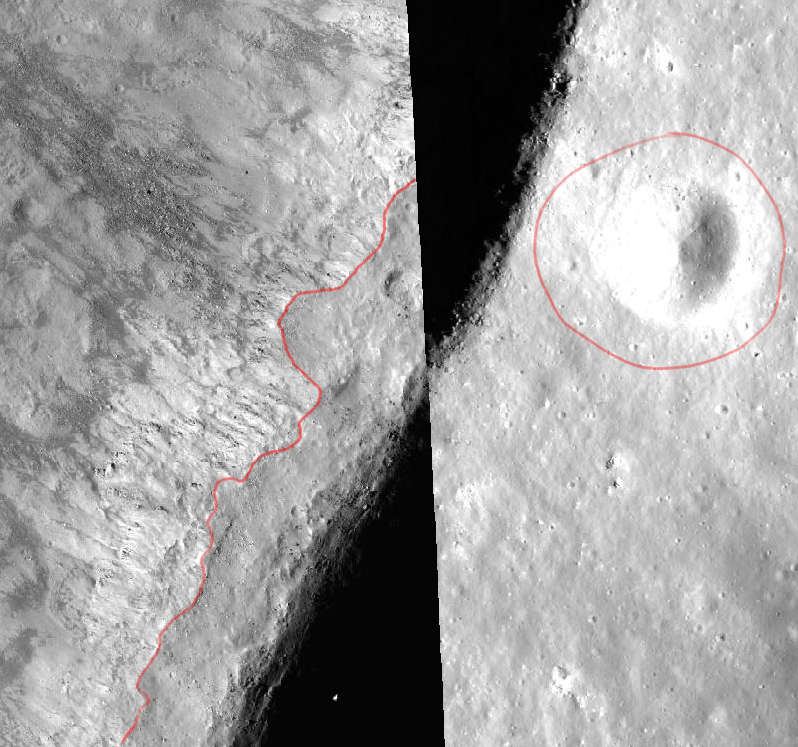 In this one I traced a ridge a few hundred meters from the lip that indicates where denser or firmer material begins. I couldn't find the LROC image file for the right side that the small crater is on, so I don't know the angle of incidence of the sun, but it looks like the sun was a bit higher. The wall of Lalande is in deep shadow in this corner of the sun, so the slope there is at least as steep - a little over 30 ° between the lip and the first crest. The ridge is therefore over 100 m below the crater lip.

Can it be concluded from this that the fine-grained upper regolith layer in this area near the Lalande lip is over 100 m deep?

I wouldn't be so sure if "there is no evidence that it is penetrating a layer of coarser or denser regolith". I wouldn't be surprised if it was a standard crater older than the Lalande crater and then thoroughly covered with Lalande ejecta.

@SF I asked a planetary scientist about this some time ago (but didn't get a chance to ask, it was very quick). She said the energy associated with creating Lalande would have wiped out any crater that close. It has to be younger. Lalande is 15 miles wide to feel the effects.

I cannot find day and night thermal images of the area with good resolution to create a thermal inertia map. However, if you do that Clementine color ratio overlay (unfortunately not precisely aligned, but close enough), you'll find that the satellite craters in the region are about as young as Lalande (likely secondary impact craters) and that more iron-rich basalt is exposed between them and towards Lalande. It seems young, but unfortunately based on the data I'm using to judge this, it's inconclusive.

If you have good resolution visible images and metadata for them, mostly solar angles, you can estimate the depth of the top layer by measuring the area of ​​the bright boulders against the shadow they cast to the area of ​​the known regolith depth and estimating it how deep these boulders have sunk into it. It takes a lot of work. :( But hey, good news, basically if you see a lot of boulders lying around and they seem only half or less submerged (e.g. if the shadow curves inward around them) then you know it is It is about a young and flat Regolithregion.This region you ask about looks to me for sure.

@TildalWave is looking at this overlay, but the point corresponding to this crater is darker. To the west of that is a much fresher looking crater that is the closest point of light. Yeah, I noticed that the boulders seem to be pretty much underwater. But the big thing for me is this ridge in the Lalande lip. That gave me a break. Maybe there are shelves underneath that are covered in dust ...

Using the method suggested by @ TildalWave to estimate the depth of the regolith, I looked for boulders penetrating the surface layer. There are a few of them:

Most notable, however, are the large (~ 10 m) boulders on the northern rim of the crater. They seem to be in a fairly shallow place so I would say the bottom depth is no more than a few meters.

So close to the Lalande crater, the crater must have been created later, which has a "dusty" impact on the deposits of the much larger event that produced Lalande.

I assume that boulders must lie on solid rock.That can be terribly wrong.

If I follow you correctly, you will assume that the boulders are lying on a solid surface. There's no reason to suppose that - they were likely caused by the impact that Lalande caused, as material that was thrown up by the explosion and then fell to rest alongside it. You could sit on regolith yourself. If you watch the videos for the first case on lpi.usra.edu/exploration/training/resources/impact_cratering, the model shows that the bottom at the rim of the crater is essentially folded on itself, which indicates the depth of This doubles the regolith.
<?