Is it legal to shoot intruders?

How far can you go to protect yourself and your property? Where are the limits when defending yourself against burglars? And what should you definitely not do if there is an intruder in the building? If you react incorrectly in an emergency, you can quickly become a victim as a perpetrator, because not every defense is considered self-defense and is permitted under German law to defend yourself against burglars and thieves. But how is that now exactly? Can I beat up a burglar to protect myself?

In contrast to the classic Hollywood film, the following applies: Don't play the hero! Burglaries and robberies are explosive situations that harbor dangers that can rarely be foreseen in advance. One should therefore avoid open confrontation and react more passively. The Federal Criminal Police recommends very clearly: withdraw, lock in, draw attention to yourself with lights and sounds and alert the police with priority. A confrontation, on the other hand, can trigger defensive stimuli in a burglar that are no longer foreseeable. If the intruder is also armed, the situation becomes even more explosive.

Even if a lot of emotions boil up in such a situation, one should not initially use violence against the perpetrator. Stress, shock and fear quickly lead to rash reactions and whether a counter-defense could really be legitimate is also not the first thought. But when emotions such as anger, lust for rage or anger are added, exaggerated self-defense can quickly result, which can easily become a criminal offense if it is not the mildest means of the situation. The classic example here is the use of pepper spray against burglars. The use is only exempt from punishment if you are in an acute threatening situation, because it is actually considered an animal repellent spray. But if you keep a cool head here and don't want to wipe another out from an already fleeing or overwhelmed burglar, you also protect yourself best legally.

There is still one option here, which, however, depends very much on the actual situation: You may, if possible, detain a burglar until the police are on site. This provisional arrest is also referred to in the Code of Criminal Procedure as the “Everyman's Law”, since every person can, of course, arrest offenders without a judicial order.

All too often it is said that “self-defense is a matter of interpretation”. But even behind apparently interpretive situations there is a clear legal system, the concrete interpretation of which is transferred to the respective case by appropriate legal decision-makers.

According to Section 32 I of the Criminal Code, self-defense is an act of defense that is used to ward off an attacker and is the relatively mildest means of defense. What this is in the individual case depends on the type and danger of the attack, the physical abilities of the attacker and the means used by him. Self-defense must always have the purpose of defense.

When you can invoke self-defense

In an emergency, there is only a fine line between self-defense as self-defense and bodily harm to the perpetrator. The most important question is therefore where self-defense begins and that can be answered relatively clearly, namely when “legally protected interests” are violated. These include

It remains important that self-defense may only be used for defense, i.e. when you are actually actively attacked by an intruder. If the perpetrator is already on the run or on the run and the victim follows for the purpose of a setback, this type of counter-attack is no longer to be considered self-defense. So here you quickly find yourself in the situation of becoming a victim to a perpetrator. Those attacked and victims of a break-in can also use force to defend themselves if the situation makes it necessary.

The choice of an appropriate reaction against a burglar depends largely on how the perpetrator acts himself. The relatively mildest remedy can look very different. A heavily drunk intruder requires less strength and aids than an aggressive and active thief who may even approach the person with a tool or a weapon. Even if the situation often only lasts a few seconds, an adequate and quick decision must be made.

Can you beat up a burglar? 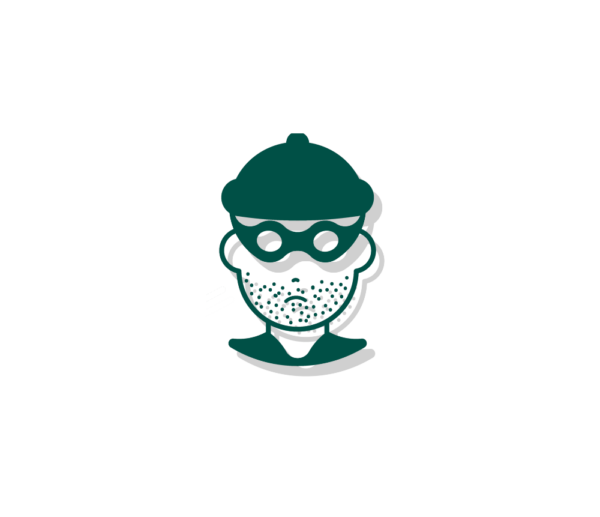 You can do that in the event of a break-in

Have burglars driven away electronically

In the meantime, the market for security technology offers numerous possibilities to protect yourself preventively against burglars. But there is no such thing as 100 percent security, because anyone who wants to break into an object will find a way into it. But then it is important that the perpetrators are expelled quickly with the help of modern technology so that a self-defense situation does not have to arise in the first place.

An electronic option is a mobile hold-up alarm. It can be flexibly carried around the building so that the hand-held radio transmitter can be triggered at any time. A so-called silent alarm is usually triggered with a simple push of a button. There is no internal alarm, but an activated emergency call control center is informed via remote alarm. Depending on the type of NSL, the police are alerted immediately or a security driver drives to the property. In such an extreme situation, however, one clearly has the greater effect with activated remote monitoring.

An alarm system with a live perpetrator approach gives the opportunity to actively intervene in what is happening by the employees of a 24/7 emergency call control center loudly addressing the perpetrators via remote monitoring and driving them away. At the same time, the police can be alerted so that the alert chain is significantly shortened. The tense situation of the break-in is defused and nobody has to be confronted with the burglar.

In the delicate situation of a break-in, you as a victim can take certain countermeasures to protect yourself. However, such a form of self-defense presupposes that there is a corresponding attack situation. Here you can use the mildest means of defense to protect yourself. However, you should never put yourself in additional danger here. The police advise locking yourself in and using lights and sounds to draw attention to yourself. In addition, a mobile hold-up protection and an activated alarm system can ensure that no time is lost in an emergency and that the perpetrator is directly driven away.