Why use the personal GPS tracker

advertising - Raban is still a sensitive, sometimes scared and fearful male. I'm always a bit afraid that unexpected things will give him a shock, jump to the side and run away. Then I asked if I could Weenect GPS tracker for dogs would like to try it out and introduce it as part of a product test, that's exactly what.

The Weenect Dogs 2 tracking device is attached to the collar or dog harness and you can use it to track where your dog is, should it - for whatever reason - run away.

Weenect GPS tracker for dogs - this is how it works 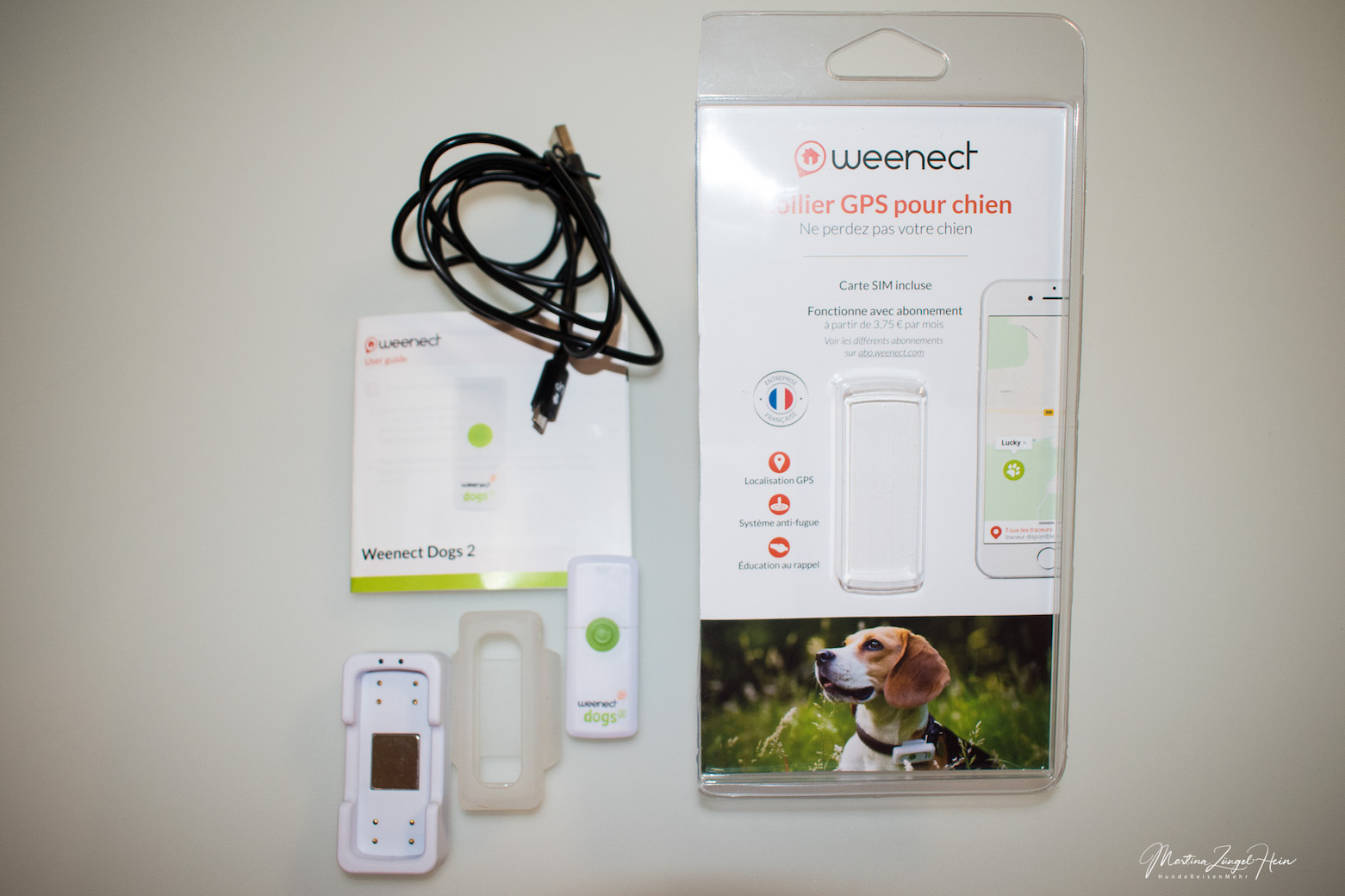 The Weenect tracker comes with a silicone holder, charging station and cable as well as instructions for use

The Weenect GPS Tracker for Dogs consists of the GPS Tracker Dogs 2, a silicone case, a charger and an instruction manual. In order to activate the tracker, the corresponding account is first created on the Weenect website.

So that you can locate your dog with your smartphone when you are out and about, the corresponding "Weenect-GPS" app should be downloaded and installed either from the Google Play Store or from the Apple AppStore. Weenect also offers a video that explains the functions of the app. Thumbs up for that.

Once the desired settings have been made in the app and the tracker is activated and charged according to the instructions, you can basically start. 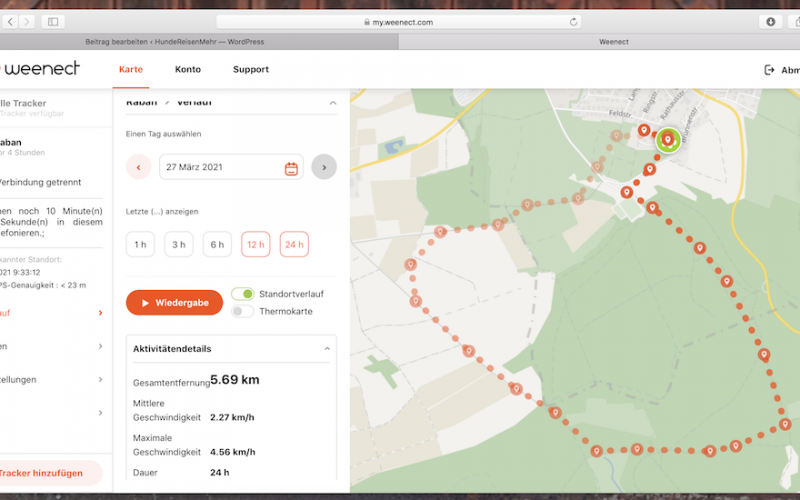 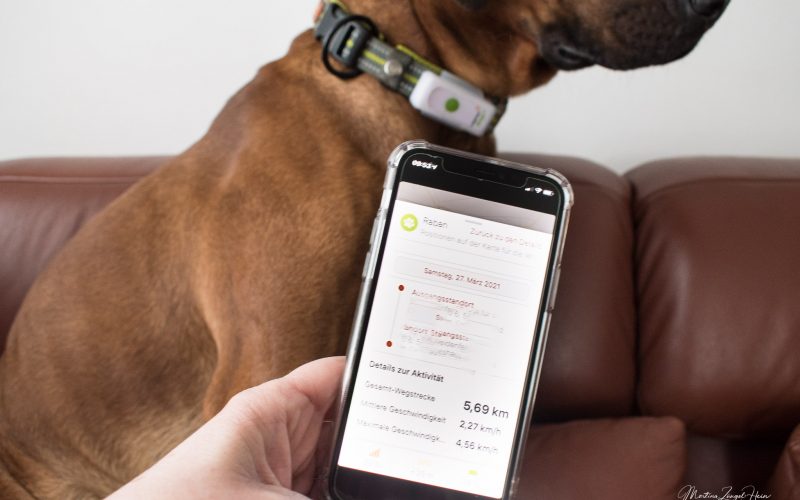 With the Weenect GPS Tracker, information about the route can be called up afterwards 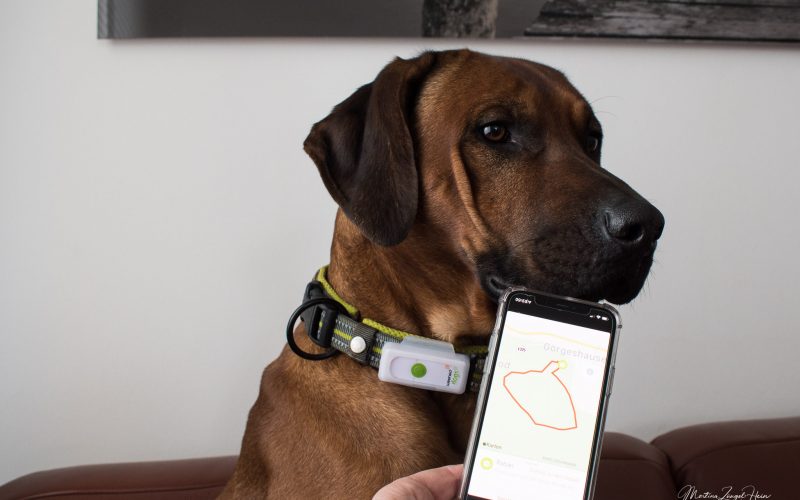 Turning the tracker on and off

The Weenect GPS tracker for dogs is switched on outside. To do this, the on / off button is pressed for about three seconds. When the device vibrates, it is on. As soon as the blue LED light flashes, the tracker is in position.

To switch off, the on / off button is pressed three times. As soon as the GPS transmitter vibrates, it is switched off.

There is also a message on the mobile phone that the GPS tracker is switched on. 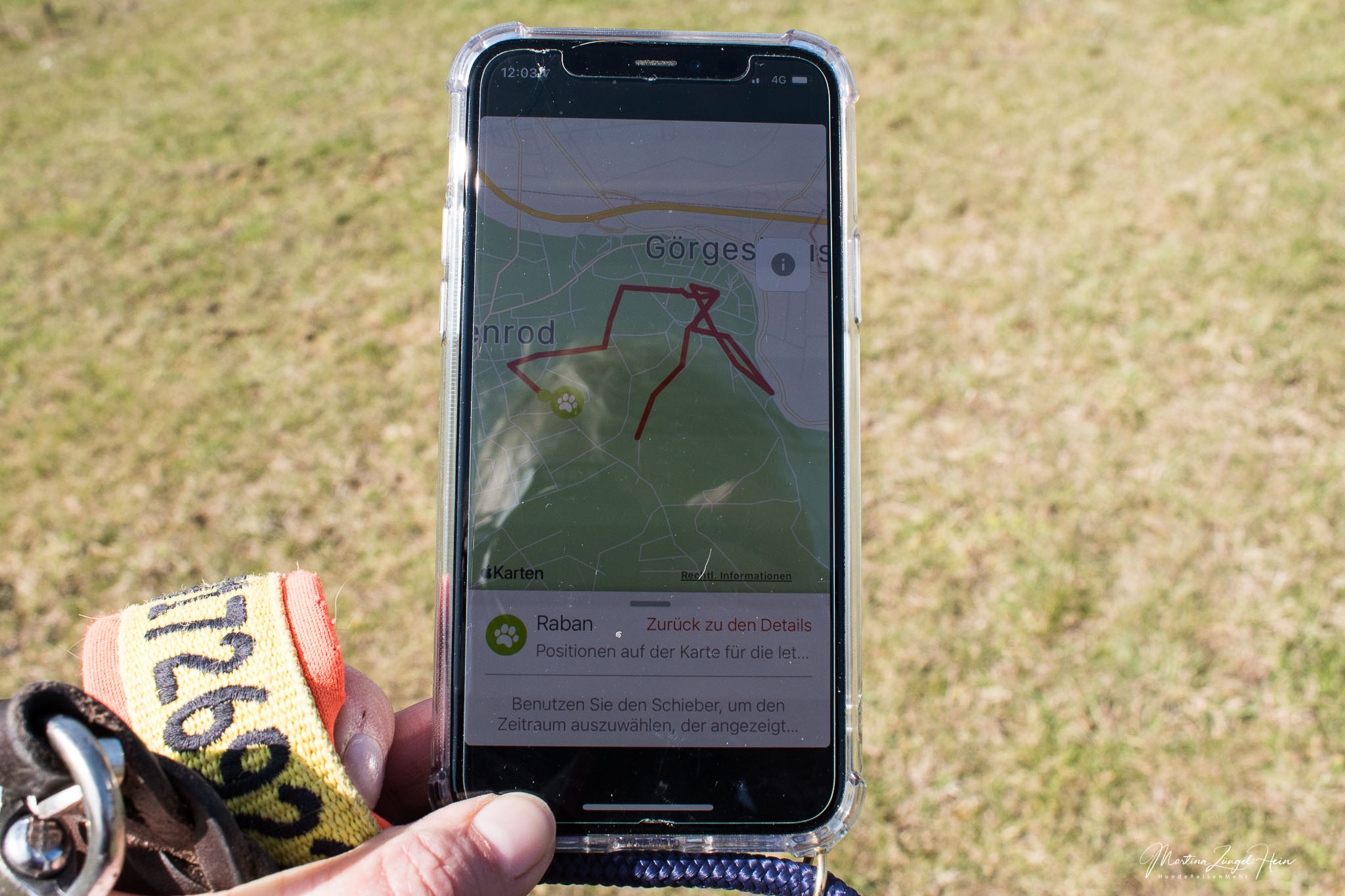 The green paw pictogram is the location of Raban

In this way, the course of movement in a certain period of time can also be traced in the app.

If the dog suddenly leaves, the position is tracked every 10 seconds via the "Superlive mode". Here the compass also helps to walk in the right direction so that you can hopefully find your four-legged friend again quickly.

Use as a training collar 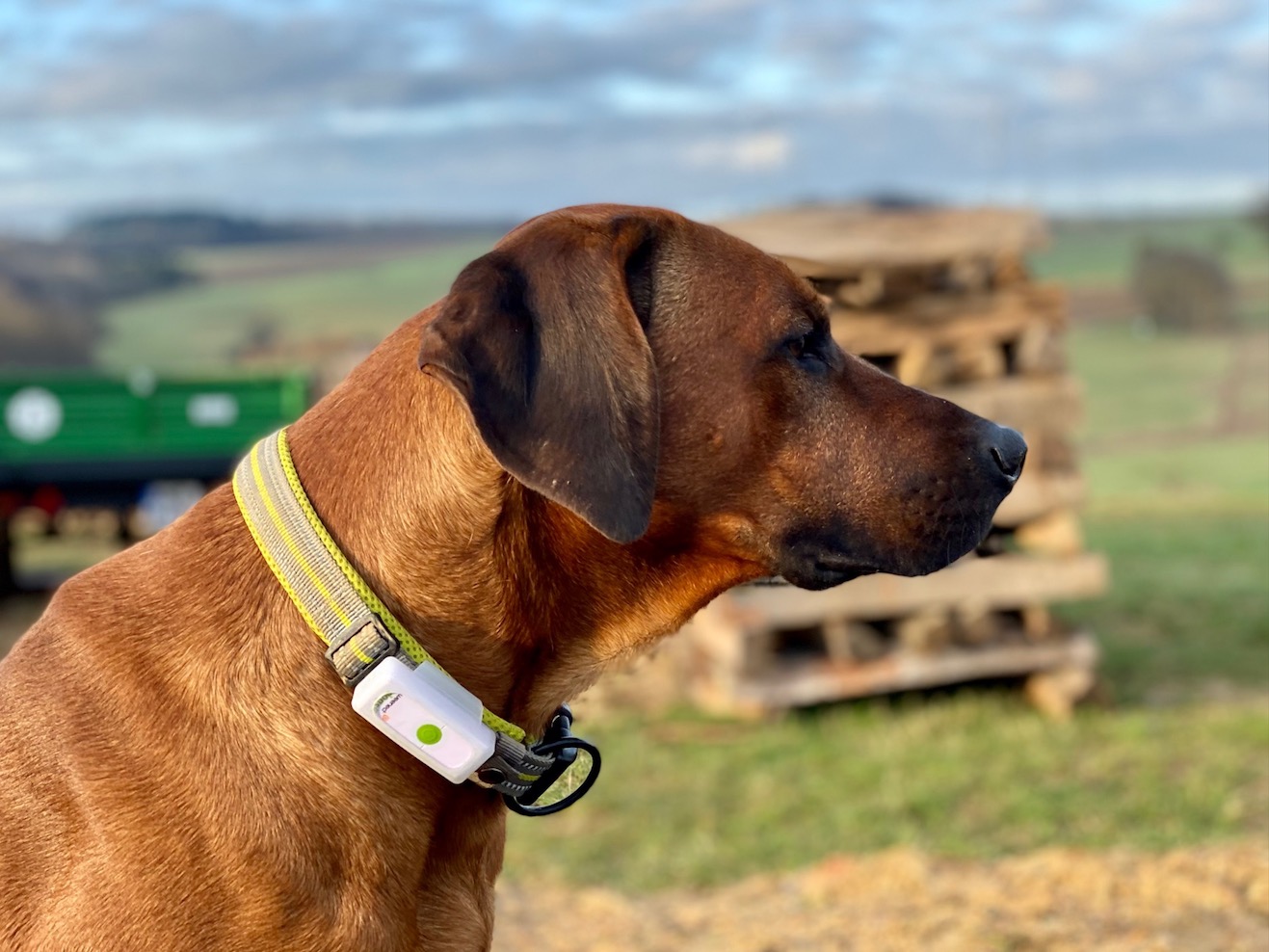 The Weenect GPS Tracker can be used for conditioning - but that doesn't work at all with Raban.

For example, this function could be used to ring or vibrate at every meal. Once the dog has combined the ringing / vibrating with tasty food, it is probably possible to use this signal to persuade him to come back after he has run away. It probably works quite well if the four-legged friend has not run away out of fear.

Weenect GPS tracker for dogs - this is my experience

As is usual with me, I only skimmed through the instructions, ignored the videos and thought that it would work intuitively. Oh well. If you want to save time and spare your nerves, it makes sense to first read through and understand all the information about the Weenect GPS tracker for dogs.

For example, I missed that the on / off button must be pressed and vibrated for 3 seconds to turn on the tracker. So I walked around outside, "pushed around" in the app like nothing good, but nothing happened ... 😉 ...

After I took the time to read all the information properly, everything worked really well.

I like the idea of ​​attaching the tracker to the collar with a silicone sleeve. It is attached very securely and cannot easily fall off the collar even when romping with other dogs. 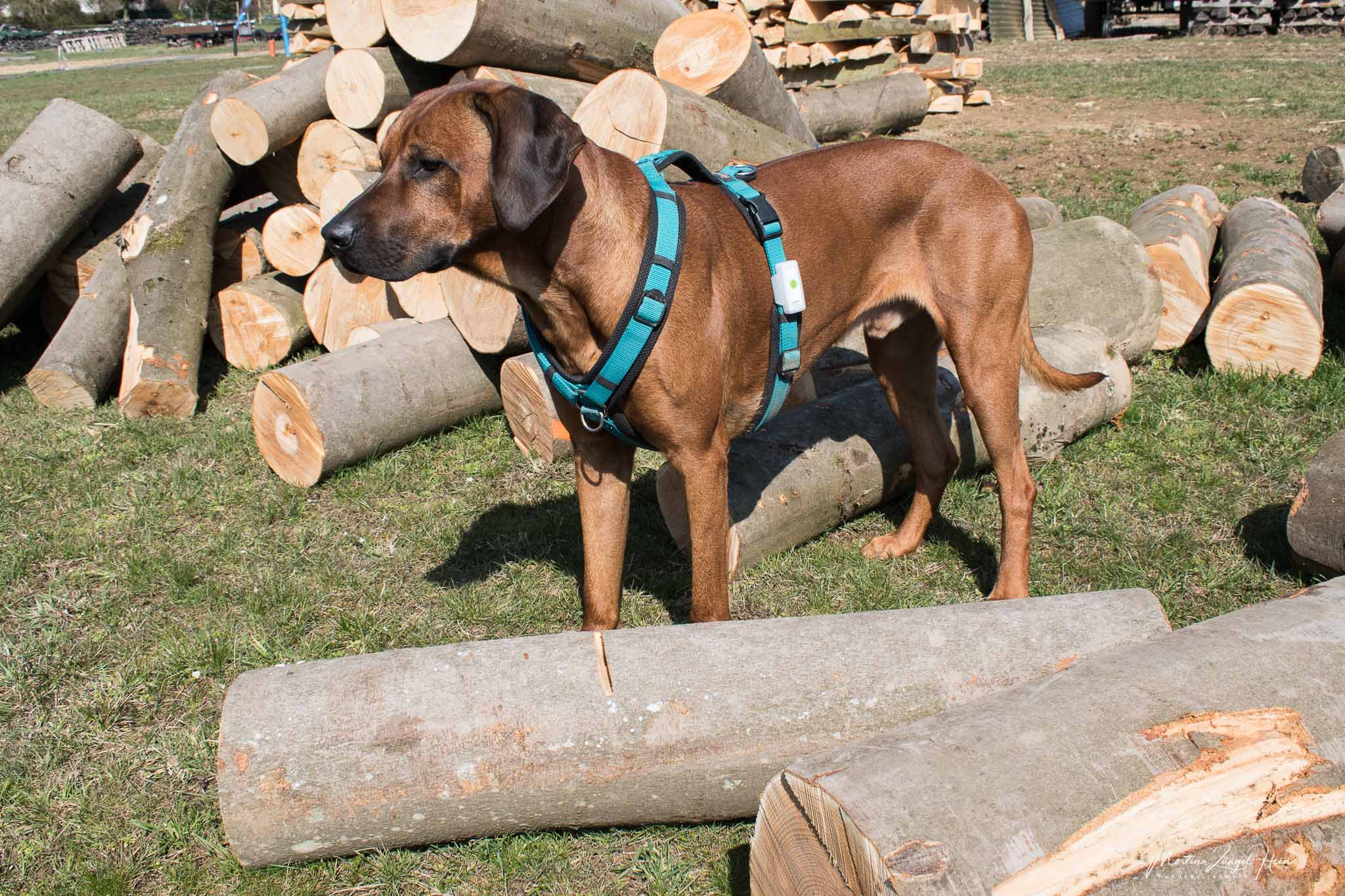 Raban wears the Weenect GPS Tracker on his harness

The silicone is stretchable to a certain extent, but it is not suitable for very wide collars (such as those often worn by large dogs). Also, the cover cannot be attached to loop collars (like Raban wears one) that do not have a fastener.

I attach the Weenact GPS Tracker for dogs to a narrower collar with a clasp or to his dog harness (then he can wear his usual collar).

I was particularly looking forward to using the tracker for conditioning (as described above) with Raban. Since Raban is currently in puberty, he likes to go on excursions into nature without paying any attention to where I am. Appropriate conditioning for the ring tone or the vibration in the collar would of course be very helpful.

But unfortunately I did the math without Raban. He cannot classify a ringtone or the vibration alarm on the collar at all and is almost frightened to death every time. I only tried it two or three times and then gave up for the moment, as it also takes him quite a while to calm down afterwards. Too bad. Maybe I'll try again later.

The Weenect GPS tracker for dogs also works without any problems here in the Westerwald and has already served me well when Raban once scratched the curve with his friend Sammy, the Doberman male of the same age. Sammy's owner and I couldn't see how quickly they were gone. 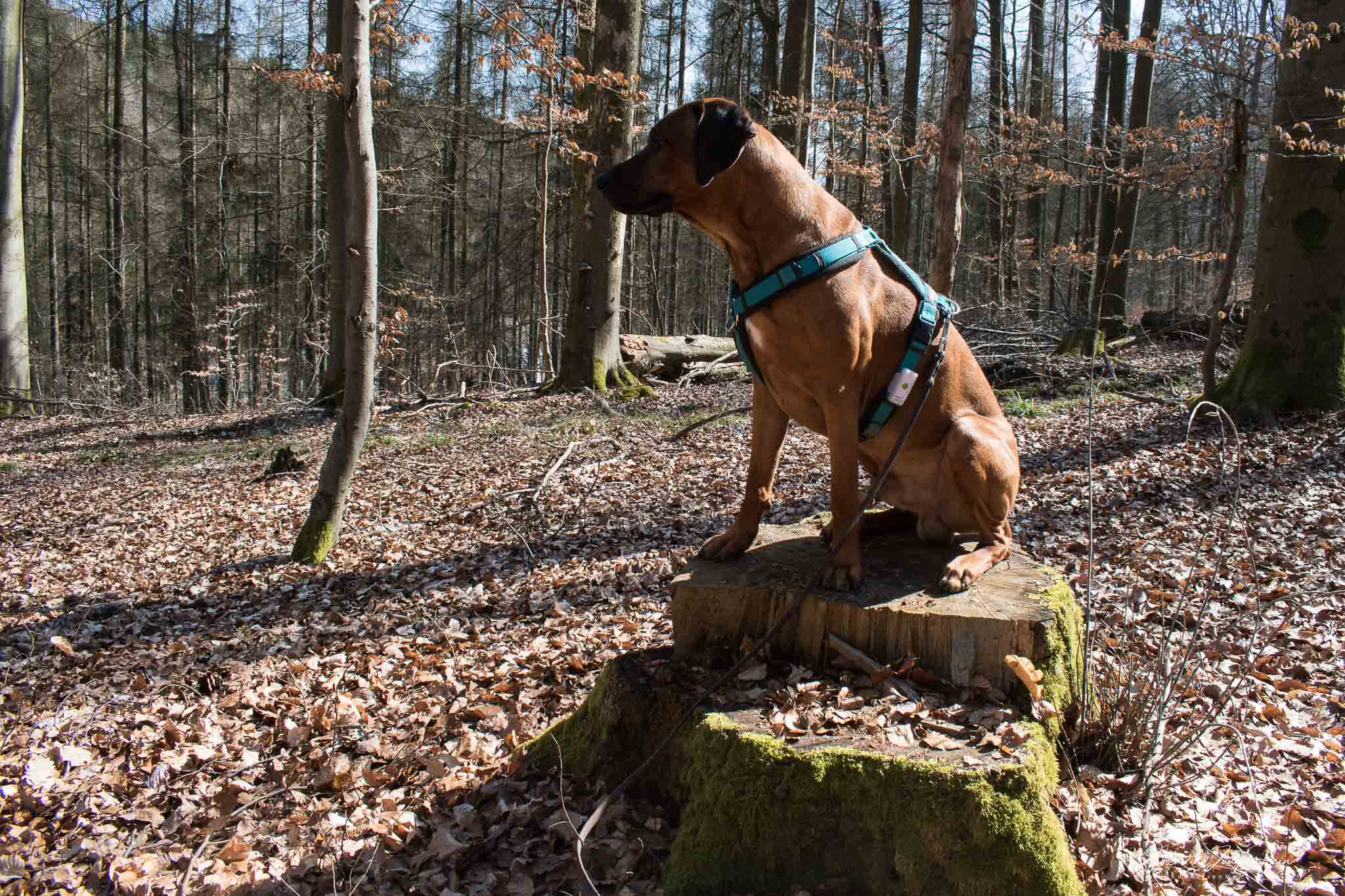 The GPS tracker gives me a safer feeling when I'm out and about with Raban.

The tracker worked wonderfully and showed us where the two had gone. We are then behind the two madmen with the help of the live mode. However, they met us a short time later (maybe they were surprised that we were on to them ... 😉 ...).

What I particularly like about the Weenect GPS tracker for dogs is that the tracker can be easily and conveniently placed in the charger without having to open the tracker to charge it - this prevents material fatigue.

If the tracker is actually only used when walking and hiking, it will last much longer than the three specified days, depending on the length of the route.

Raban is a dog who sees everything, hears everything and smells everything. He is extremely attentive and very purposeful. If he wants to go somewhere, he uses all his strength to get there. It can happen that I just have to let go of the leash.

Even if he usually comes back more or less quickly, it feels good to know where he is. And just in case, I would find it again with the Weenect GPS tracker for dogs. That makes walking and hiking with Raban a little more relaxed. 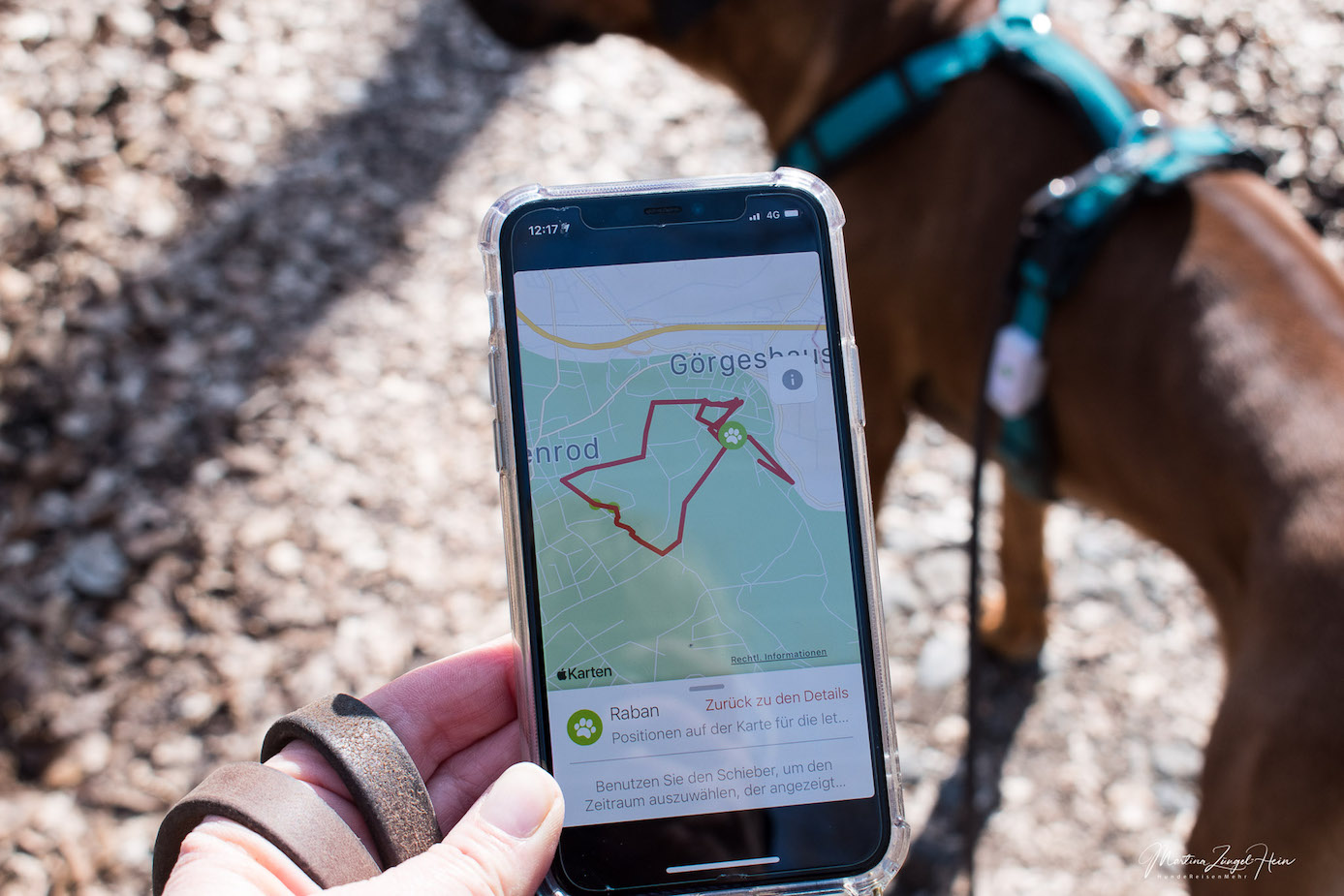 If I could tweak something on this tracker, it would definitely be the color. Both the tracker and the silicone case are white. Personally, I find that rather impractical. It could all be gray. But that is also a matter of taste. The only thing that matters is that the tracker serves its purpose, and it does.

I also think it's a shame that the silicone sleeve cannot be attached to every type of collar. Perhaps it would make sense to work with different sizes here - but of course that is also very time-consuming and costs more.

Weenect GPS tracker for dogs - that's what it costs

The GPS tracker costs 49.90 euros and can be ordered directly from Weenect.

In addition, there are the following costs for a subscription to the SIM card integrated in the tracker: