How does sleep loss affect your memory?

What Lack of Sleep does to our brain

Overtired brain: lack of sleep can make us forgetful, distracted and slow - researchers have now found out why. According to this, too little sleep seems to disrupt the activity of neurons in certain areas of the brain. As a result, these cells fire weaker than usual and communicate with each other only with a delay. Apparently they lapse into a kind of dozing state while the nerve cells in other regions continue to work normally.

If we get too little sleep, we feel this pretty quickly: We feel exhausted, are unusually easily irritable and can hardly concentrate. In addition, a sleepless night can make us forgetful and foster false memories. This sometimes has far-reaching consequences in everyday life: For example, tired people react much more slowly than usual when driving a car and give bad eyewitnesses to the police.

The cause of these cognitive dropouts is likely due to the fact that the brain lacks an important clean-up phase without sleep. During this time, it usually processes what has been recorded during the day and uses recalibration processes to make room for new information.

Look into the brain

How sleep deprivation works in detail on the neural level, however, was previously unknown. Scientists working with Yuval Nir from Tel Aviv University have now investigated this phenomenon in more detail. This was possible because they worked with epilepsy patients who had electrodes implanted in their brains for therapy. This enabled them to measure the reactions of individual nerve cells in real time.

For the study, the researchers kept their twelve subjects awake for one night and had them line up for memory tests. Among other things, the participants had to classify pictures into categories and recognize faces. Meanwhile, Nir and his colleagues observed what was going on in the test subjects' minds. Specifically, they looked at the temporal lobe, which is important for visual perception and memory. 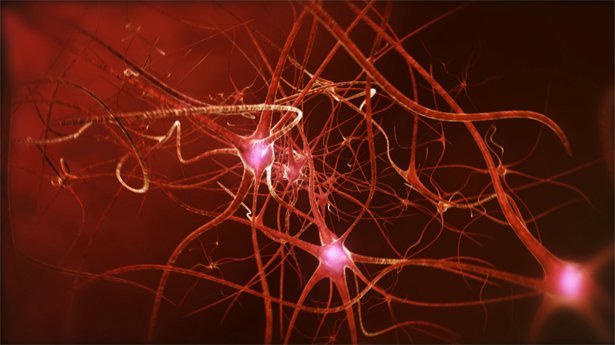 When sleep deprived, neurons fire weaker and communicate more slowly with each other. © UCLA

As expected, the subjects found it increasingly difficult to master the tests over the course of the night. The more tired they got, the slower they got in solving the problems. But why? A look into the brain revealed: The activity of the brain cells in the temporal lobe was significantly reduced. The neurons reacted much more slowly than usual, fired more weakly and also only passed on information to other cells with a delay.

This observation seems to explain why, for example, car drivers who lack sleep often react too late: it takes longer for their brain cells to process the visual information and for it to reach consciousness. “The brain takes longer to register what it perceives,” says Nir.

“Denying the body sleep robs the neurons of the ability to function and communicate properly,” summarizes Nir's colleague Itzhak Fried. According to the researchers, the subdued and slowed activity of the nerve cells suggests that certain regions of the brain fall into a kind of drowsy state when there is a lack of sleep - while other areas seem to continue to work normally and thus keep us awake and conscious.

An interesting next question is whether this phenomenon only affects the temporal lobe or also other areas of our thinking organ. The scientists also want to find out which mechanisms are specifically responsible for the disruption of neural activity. However, the results are already questioning how our society deals with sleep deprivation, as Nir and his colleagues emphasize.

"Too little or too bad sleep affects our brain in a similar way to excessive alcohol consumption," says Fried. "Nevertheless, there are standards for identifying drunk drivers on the road and prosecuting them - but there is no such thing for overtired drivers." (Nature, 2017; doi: 10.1038 / nm.4433)