Why is Aoun now supporting Hezbollah?

As the spokesman for the ministry, Steve Alter, announced, the ban on the associations "German Lebanese Family", "People for People" and "Gib Frieden", which was already pronounced on April 15, began with searches and seizure measures in Bremen, Hesse, Hamburg and Lower Saxony , North Rhine-Westphalia, Schleswig-Holstein and Rhineland-Palatinate completed.

"Those who support terror will not be safe in Germany," said Seehofer, as his spokesman announced on Twitter. "Regardless of the clothes in which his supporters appear, they will not find a place of retreat in our country," added the minister, who is currently in quarantine at home due to a corona infection.

The three forbidden associations are said to have collected donations and sponsored Hezbollah "martyr families". The aim of the associations was to promote Hezbollah's fight against Israel, which goes against the idea of ​​international understanding, the ministry said. Because the certainty that the bereaved would receive financial support in the event of their death increases the willingness of young Hezbollah supporters to take part in the fight against Israel. 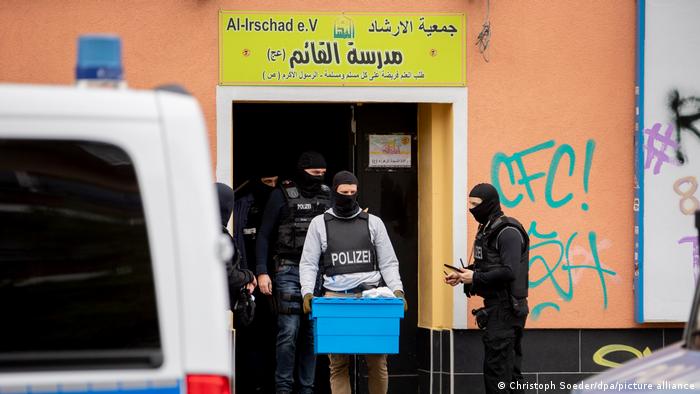 According to the assessment of the security authorities, the three associations had been founded to replace the association "Orphans Project Lebanon". The then Federal Minister of the Interior, Thomas de Maizière, banned it in 2014.

Hezbollah is a party in Lebanon with its own TV station, charitable projects and its own well-equipped militia. It is supported financially by Iran and with the delivery of weapons. Hezbollah militias fought on the side of the troops of President Bashar al-Assad in the Syrian conflict. According to the Office for the Protection of the Constitution, Germany is not an action space for the movement, but a place of retreat.

In the last published report of the Federal Office for the Protection of the Constitution, the potential of Hezbollah in this country was estimated at around 1050 people. Interior Minister Seehofer had banned Hezbollah in March 2020.