Why is money more important than relationships

Money in love relationships: it's complicated

Why do even enlightened men find it difficult when a woman earns more than they do? An approximation 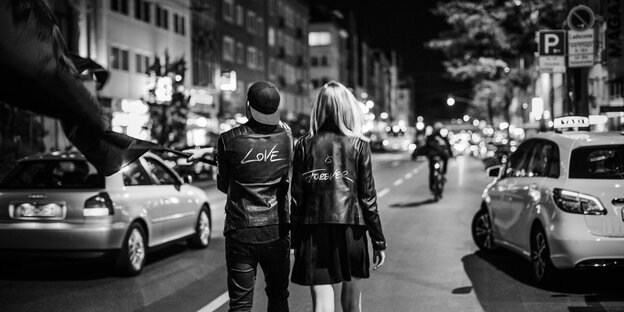 A few. We don't know what the two of them earn Photo: Gustafsson / imago

One evening, while Tobias is cooking, I join him. I ask carefully: "Tobi, are you actually uncomfortable that I earn more than you?" I suggested this article two months earlier. I wanted to know: why do men who describe themselves as liberal also find it difficult when a woman earns more than they do?

I thought of my relationship with Tobias. We have been a couple for four years, have lived together for three years and are actually very happy together. We have the same sense of humor, can talk for hours, have the same need for closeness and calm and give the other person their freedom. Happily ever after seems within reach. But there is a controversial issue: money.

Because I earn a lot more than him. The difference between our net earnings is around 1,000 euros. I work full-time as a speaker in an educational initiative and occasionally write journalistic texts. Tobias is a computer science student and works part-time as a software developer. Money is an explosive topic for us: Be it that I would like to move and he is reluctant to pay for it; be it when planning a vacation, if I don't feel like couch surfing; be it that I want to buy our washing machine in a shop instead of on eBay classifieds, or that after partying I would like to take a taxi home instead of the subway.

I propose something, Tobias waves it away. I offer to invite him or to pay more, he doesn't want to. I feel restricted, he feels misunderstood - and then the argument starts. It feels like an imbalance. And this situation will not change in the near future either. Tobias made it clear early on that he never wanted to work full-time. A decision that I support, but which also unsettles me: will we keep fighting forever?

So much frustration and anger

Last year the washing machine argument escalated so much that I feared a breakup. The machine was simply broken. I offered Tobias that we would share the cost of the more expensive machine, that he would pay less and that I would pay him if we split up. He insisted on the cheaper model and pointed out that he was making a loss: he pays the same amount, but then he didn't own the washing machine. I felt like he was putting obstacles in my way and calculated that he would have to add the cost of transport and our time that we would have to spend. At some point the discussion rocked up to a screaming duel. So much frustration and anger. And all because of a washing machine.

It's not unusual for couples to argue about money. But there was something else behind our arguments. I grew up with little money and sometimes had to turn every penny three times during my studies in order to be able to afford my rent. At that time Tobias even supported me financially. Even in previous years, all of my ex-friends were financially better off than me. It was never a problem for me: if the partner had more money to spend, I would be invited. He would pay more for vacation or more rent. I took part myself, only paying for the flights and not the hotel. Everything within the scope of your own possibilities. I never would have asked my partner to pay for everything. But neither would I have refused.

But why does that not work when the roles are reversed? Is it because Tobias as a man does not want to be invited by me as a woman? A study by the University of Bath in the UK shows that when a woman earns more than her husband, he feels stressed. Men feel most comfortable when a woman contributes up to 40 percent of the family income. The author of the study sees two reasons for this stress: the fear of a shift in power in the relationship and the social role model.

"In 2020, the social notion of masculinity is still inextricably linked with autonomy, gainful employment and the role of family worker," says Mona Motakef from the Institute for Social Sciences at HU Berlin on the phone. “Men should and want to take care of the household or the children more, but that doesn't mean that they should work less. They should remain the main gainfully employed, that is the societal idea. ”Only around 7 percent of heterosexual couples in Germany do women earn at least 60 percent of their income. Most of these relationships got into this situation involuntarily: The man can no longer contribute as much to the family income because of unemployment or illness, for example.

We need to talk

This does not correspond to the norm that is taught to us from childhood: the man goes to work, the woman takes care of the rest. There are no role models that show: It is also possible that both partners work and earn the same amount or that they The woman works for wages and the man does the care work. To make matters worse, jobs that are typically female are often poorly paid. But women also earn less than men in the same professions. And with the splitting of spouses, the state is promoting the one-and-a-half-earner model. All of this contributes to the fact that the image of the man as a provider cannot be shaken off, neither for men nor for women. Women even hide from the outside that they earn more, says Motakef. "And if you don't hide it, then try to excuse it."

So far I have seen myself as an emancipated and caring friend. But I realize that I too have problems with our situation. I catch myself not talking to my family about the fact that Tobias is “only” a student. Again and again I have the feeling that my environment, especially women, pity me because I don't have a “provider”. When Tobias says that he only works part-time, I get pitying looks. Maybe I'm taking it out on Tobias unconsciously? Am i frustrated

We are actually privileged: He works part-time voluntarily, is well educated and could find a full-time position at any time. I have a permanent position. We have no children and our fixed costs are quite low, so we can put some money aside. But we too have internalized social expectations of relationships. That makes life difficult for us. We need to talk.

"Are you uncomfortable that I make more money than you?"

"Then why is it so difficult for you to take money from me?"

He thinks and stirs the pan.

"I don't have a lot of money and always want to live in such a way that I am never dependent on a job."

“I understand that, and I don't want you to spend more money on me than you need to either. That's why I want to pay more and involve you. But sometimes I would like it to be different. "

This text comes from the taz on the weekend. Always from Saturday at the kiosk, in the eKiosk or with a weekend subscription. And on Facebook and Twitter.

He is silent. Then he puts the spatula aside, turns off the stove, and for the first time we talk about our relationship and the money. He wants to live as autonomously as possible and has difficulty relying on me. I tell him how I sometimes wish that he earned more - not more than me, but more. I would hope from this that he would approach the matter in a more relaxed manner and that it would be easier for him to get involved with me. When he asked if I could handle it if he never earned more, I have to think. Then I can finally make a conscious decision: Yes.

I started this text with the question: What is Tobias' problem? Now I know: it's not his problem, it's ours. We both have to recognize patriarchal constructs in our thoughts and actions and counteract them. This is the only way we can have a really egalitarian relationship - regardless of who earns more.