What could that mean

Coronavirus numbers: what do all the numbers mean? 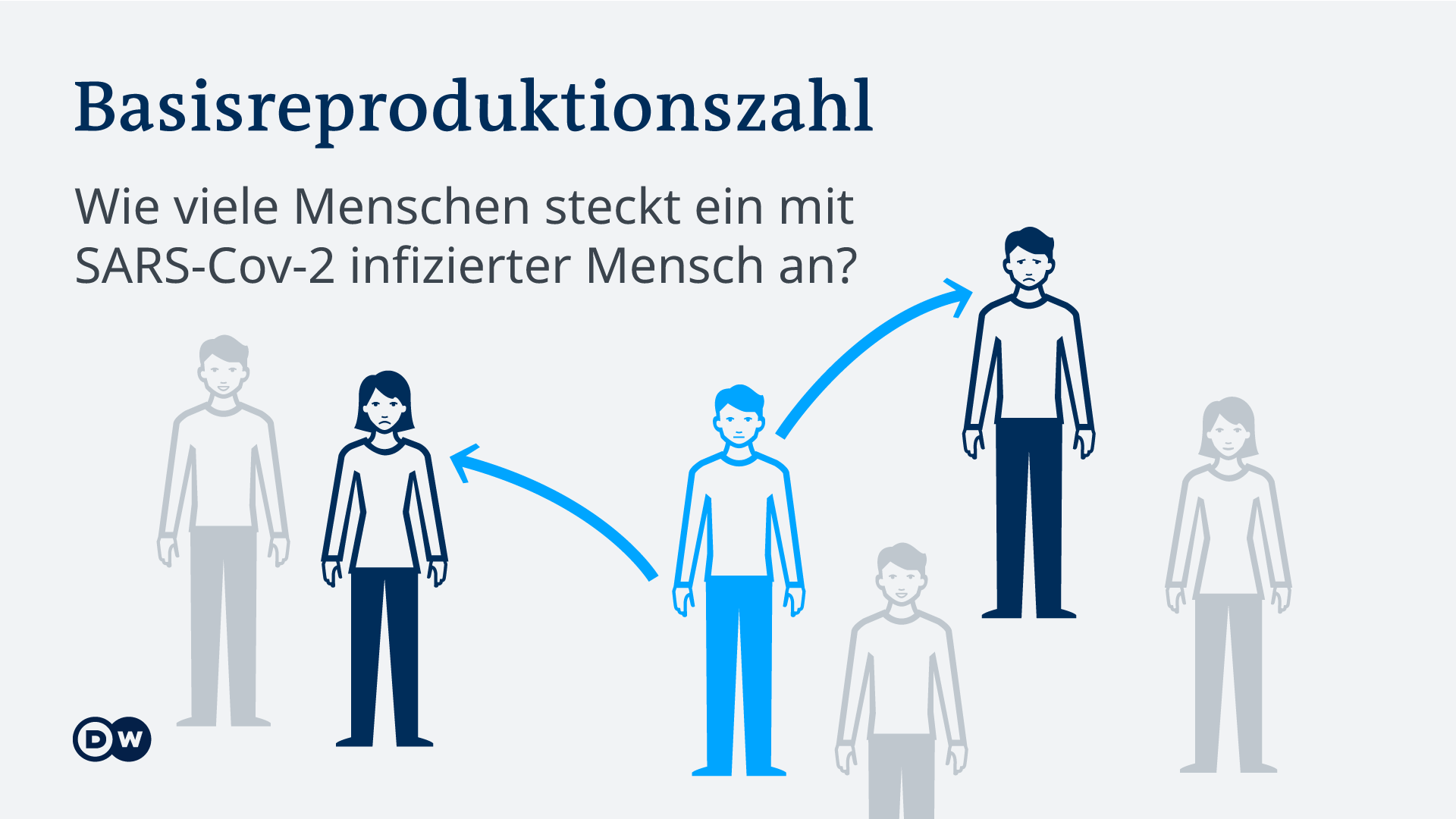 In order to curb the spread of a virus, its reproduction number must be less than 1.

Mathematician Adam Kucharski explains which factors play a role here (see below). In Germany, the Robert Koch Institute monitors infectious diseases. It assumes that the base reproduction number of SARS-Cov-2 is between 2.4 and 3.3. Each infected person infects about two to three other people.

In other words, in order to bring the epidemic under control, roughly two thirds of all transmissions must be prevented.

Since there are currently no effective vaccines and it is not yet possible to reliably protect oneself against the virus, it is expected that 60 to 70 percent of the population will become infected. Only then does the virus hit more infected people than healthy people and cannot spread any further. 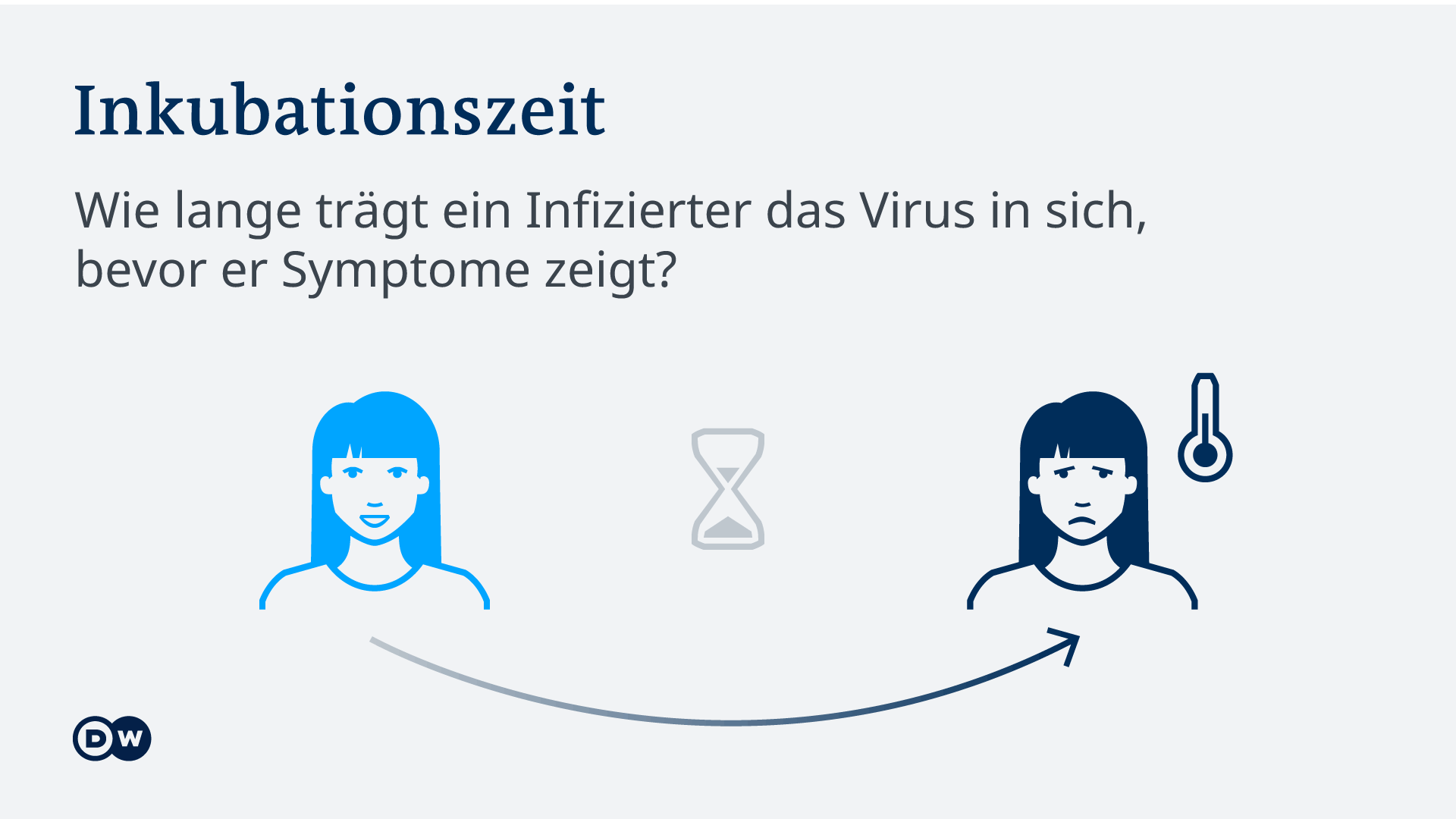 This time is on average five to six days, but has a range of one to 14 days. 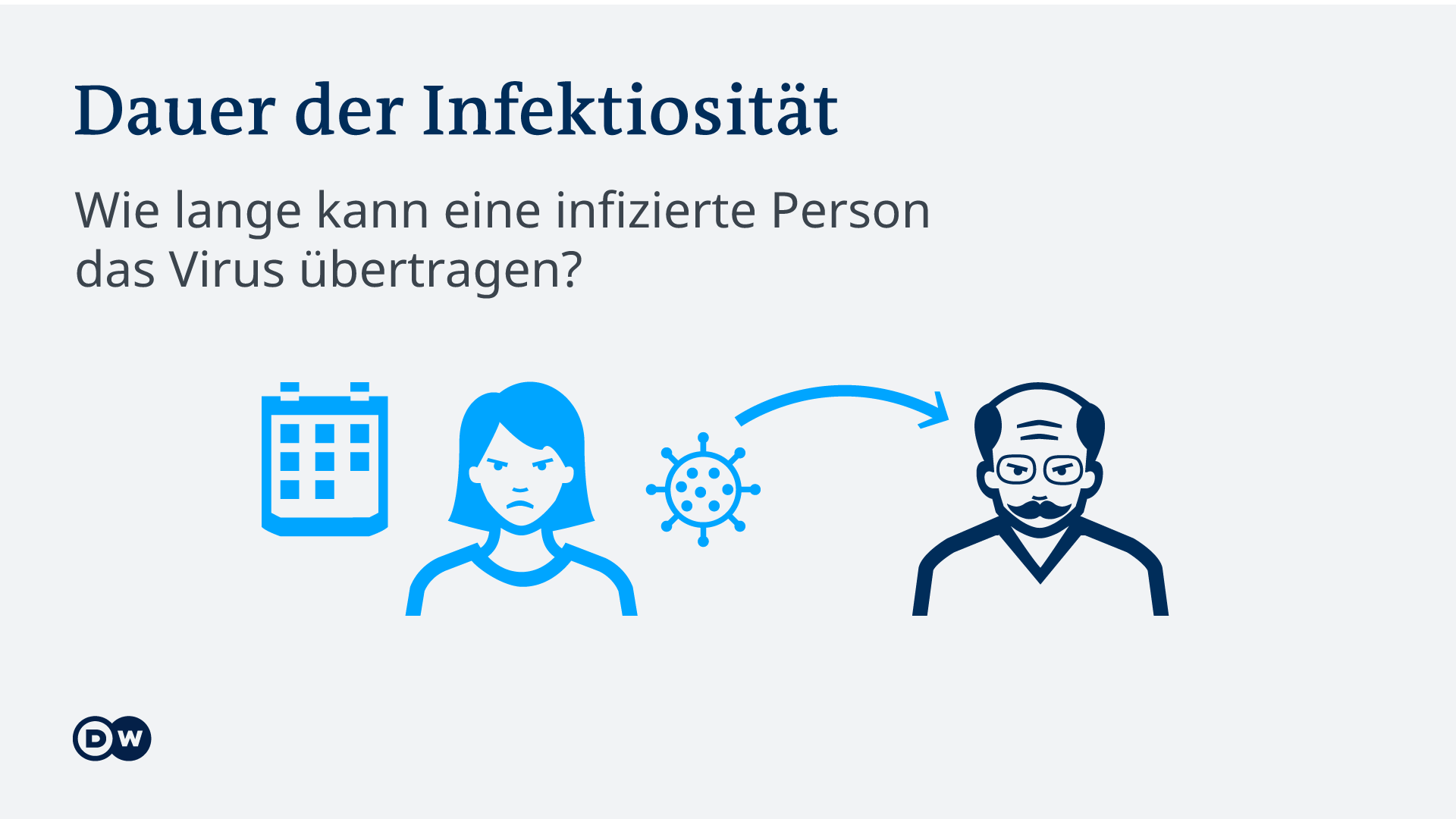 This has not yet been conclusively clarified. It is currently believed that an infected person can pass the virus on 24 to 48 hours before symptoms appear. Research from the Chinese metropolis of Shenzen suggests that a quarter of all infections were transmitted by people who have not yet shown symptoms.

Once an infected person shows symptoms, they are likely to be contagious for seven to twelve days with mild disease and more than two weeks with severe disease. The virus is passed on via droplets. The deeper these come out of the lungs, the longer the virus remains active. You could say: mucus beats saliva. Given the current state of knowledge, it is unlikely to be passed on via the chair. 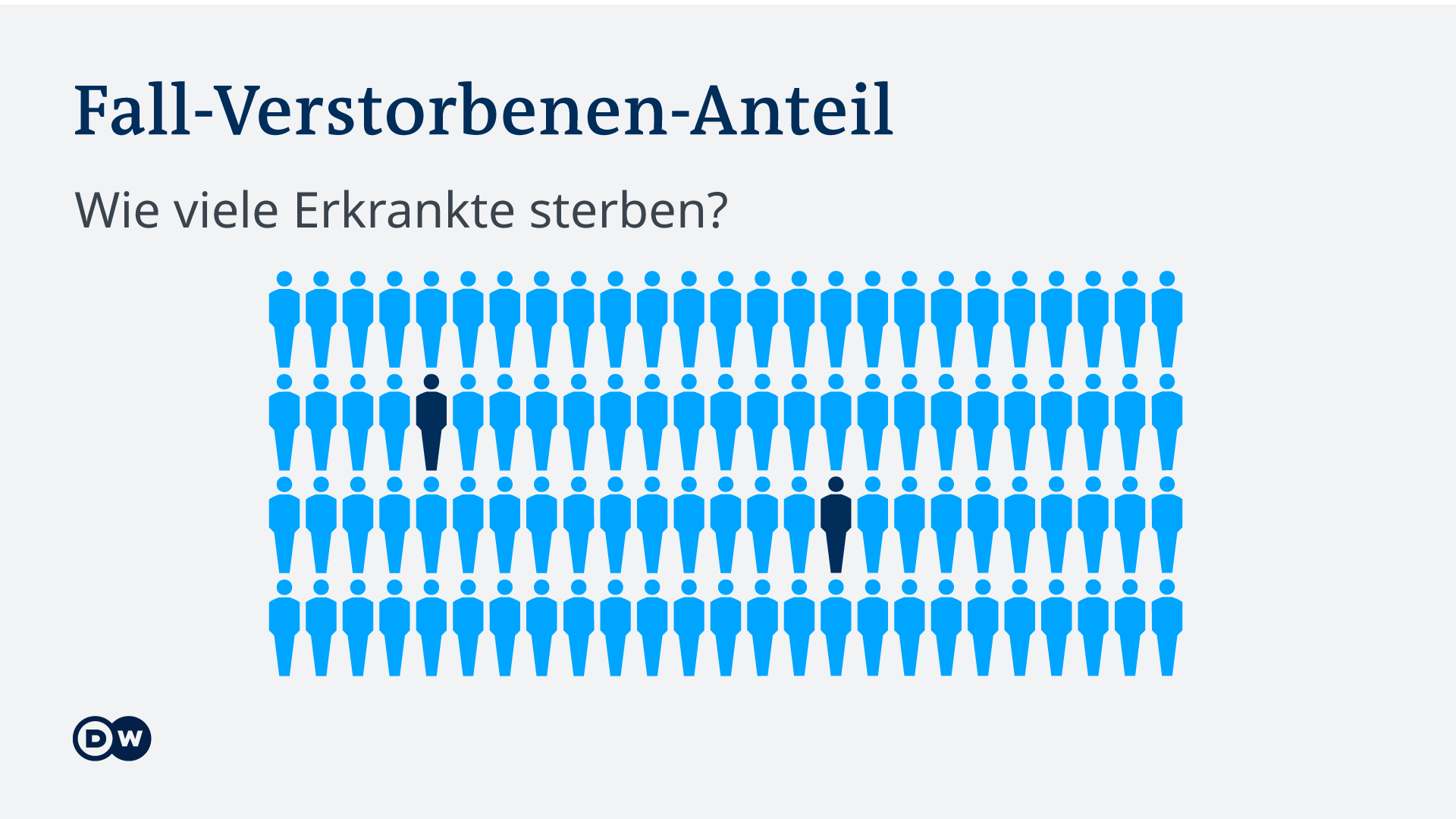 The proportion of those who died in a case indicates the risk with which a person suffering from SARS-Cov-2 ultimately dies. However, it is not easy to calculate this risk for the current pandemic.

There are various reasons for this: First of all, the proportion of deceased persons always depends on the respective context, time and place of occurrence. Whether in China, Italy or the USA: SARS-Cov-2 encounters differently prepared and equipped health systems, different age groups, people with different pre-existing illnesses and different forms of coexistence.

All of these (and more) factors determine how vulnerable a population is. It is therefore not possible to compare or simply transfer numbers.

On the other hand, it can be assumed that many cases are not known or not recorded. In this case, the proportion of the deceased in the number of all sick people is again disproportionately large. That was the case in Iran, for example.

Mathematician and epidemiologist Adam Kucharski of the London School of Hygiene and Tropical Medicine assumes that the two effects will cancel each other out over the course of the pandemic. He estimates that the real case-deceased proportion is 0.5 to 2 percent, that is, one or two people die out of 100 sick people. 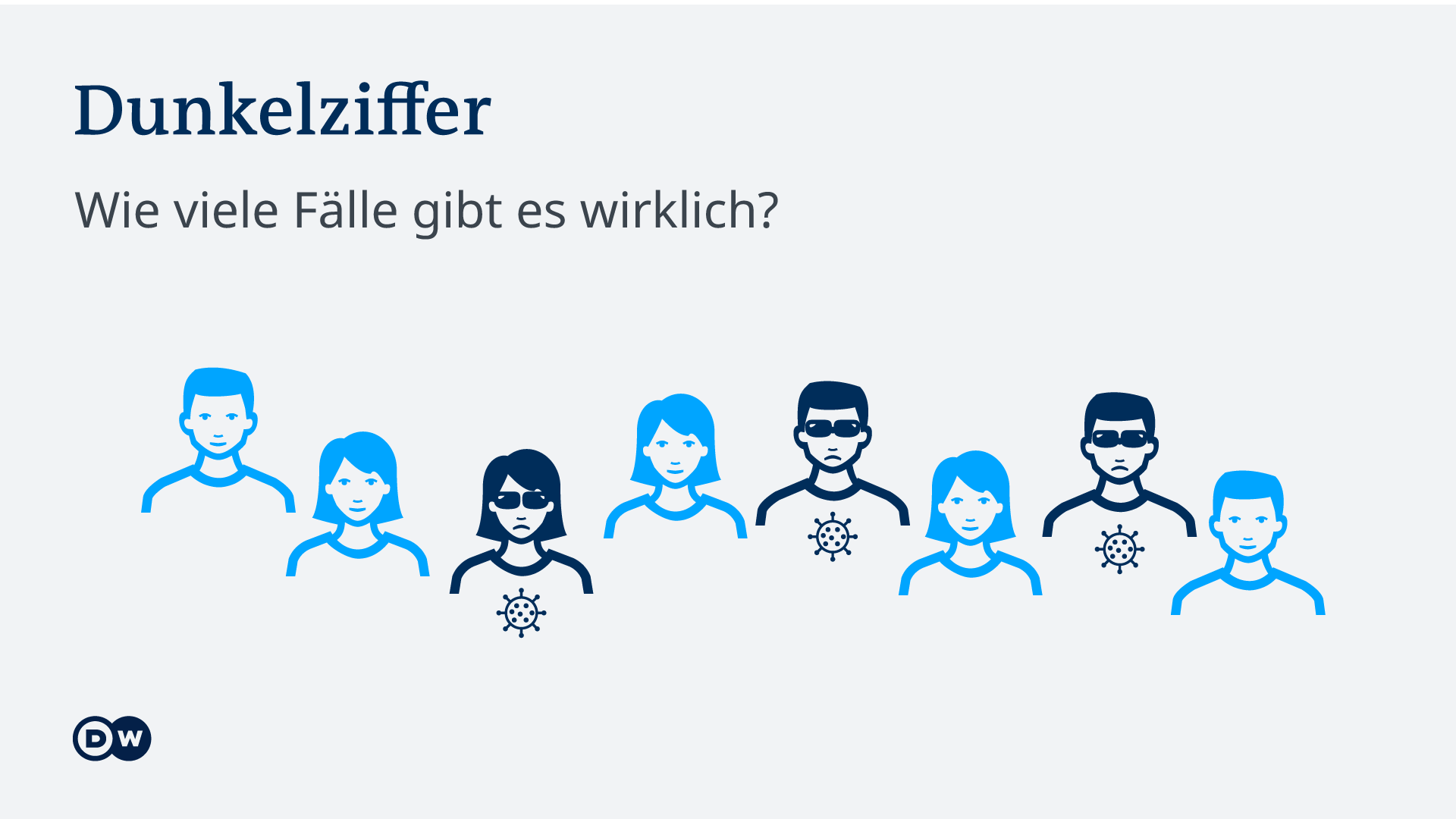 In a nutshell: this number is not known. The World Health Organization (WHO), Johns Hopkins University or the Robert Koch Institute (RKI) track and publish the numbers of currently confirmed corona cases, but the emphasis is on confirmed Cases. These can only give us an indication of the number of actual cases and how quickly the virus is spreading. It depends on how many people can be tested at all, or how many tests are available in a country.

On the basis of current death rates, one can make assumptions about how high the actual number of infected people could be. By extrapolating the deaths, mathematician Tomas Götz from the University of Koblenz-Landau estimates that there should have been 40,000 cases in Italy at the end of February. This would be a factor of 50 above the reported number of 800 cases.

However, this calculation cannot be transferred to Germany, "because the currently comparatively extremely low number of deaths does not fit in an international comparison". There was also a lack of data in Germany on the number of cases treated in hospitals.

"If you don't see the interactive map, here's the direct link from John Hopkins University." 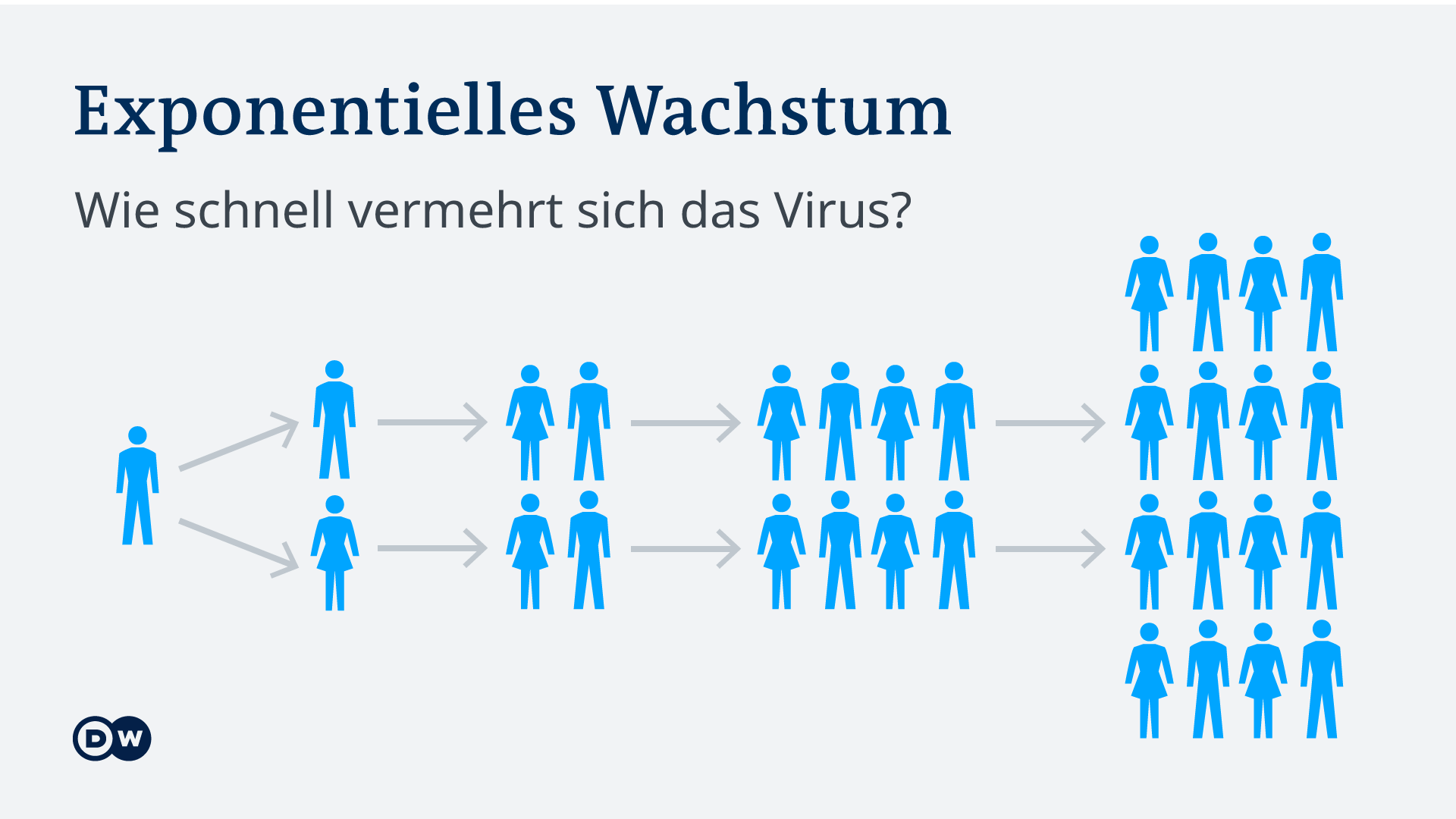 It is difficult for us humans to understand growth that is not linear. When we grow, we intuitively think that something continuously gets bigger: one today, two tomorrow, seven in a week. A virus does not multiply linearly, but exponentially: an infected person infects a person. These two in turn infect two. The now four infected infect four other people and so on.

It is sometimes tempting to compare the absolute number of cases in different countries. However, this does not go far enough, as the numbers are growing very quickly and tomorrow will look very different from today. Rather, to track the spread of a virus, one has to look at its doubling speed. The virus is currently taking less and less time to double in size. As soon as the doubling speed decreases again, people are still infected, but the virus is on the decline. 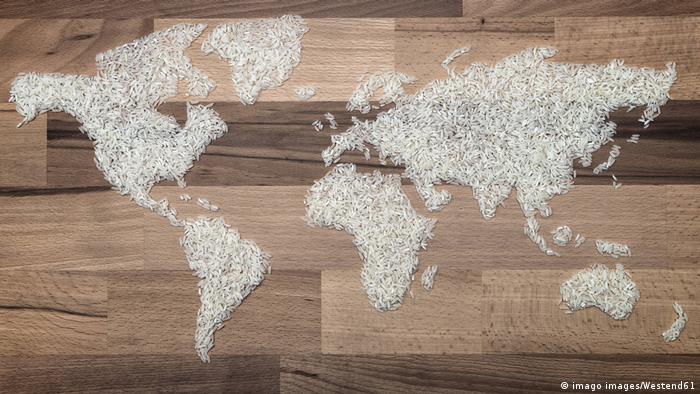 A virus does not multiply linearly, but exponentially - even if we find it difficult to understand

Adam Kucharski is working on mathematical models of infectious diseases in order to better understand their course. Understanding this can help policymakers and health professionals make policy decisions to curb the spread of a virus.

In the past, the mathematician has already done this for diseases such as Ebola, SARS and influenza, now he is researching COVID-19. In his book "The Rules of Contagion: Why Things Spread - and Why They Stop "he names four parameters that describe the contagion potential of a disease. In English they start with the letters D-O-T-S (dots, in German: points).

The rest is math: Multiply D, O, T and S give the reproduction number. All four parameters are adjusting screws to prevent the virus from spreading. Vaccinations in particular are usually effective for this. Since these do not yet exist, you can only work on D, O and T: isolate the sick, avoid social contacts, cough in the crook of your arm, wash your hands.

The aim of the measures is currently to "flatten the curve". The number of sick cases should not exceed the capacities of health systems so that doctors do not have to decide which patients to treat. And which ones don't.

But why does the proportion of the deceased differ so dramatically between individual countries? Why, for example, is Italy reaching its limits while the number of cases in Germany is similar, but the number of deaths is much lower?

The Bonn economists Moritz Kuhn and Christian Bayer investigated this question. Clinical figures show that mortality increases the older a sick person is. The economists assume that the chances of getting infected exist primarily in working life, i.e. that the working population in particular becomes infected.

Now there are different models of how societies can be structured. Generations can either live separately as in country A or close together as in country B (see graphic). 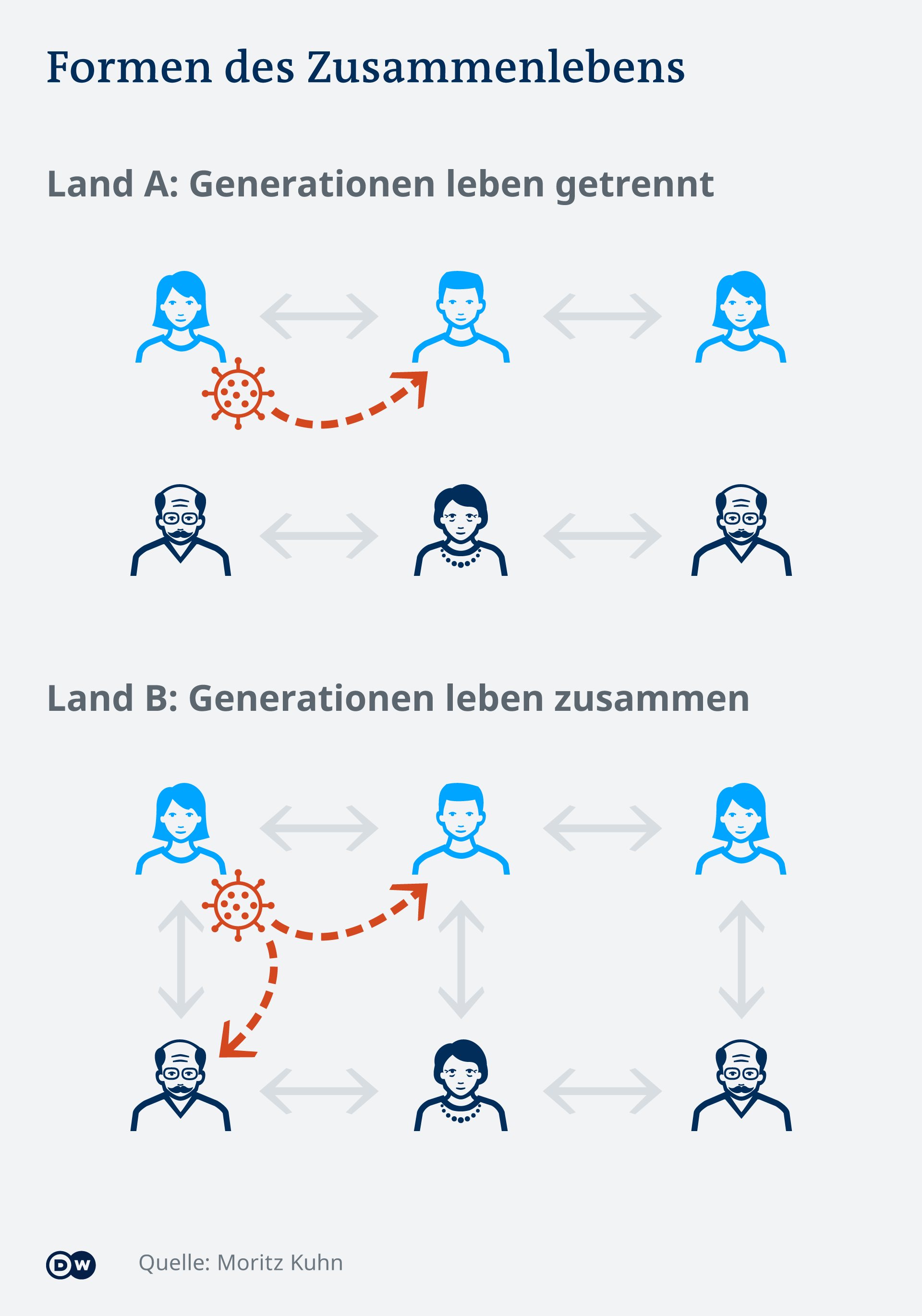 The economists found that the proportion of people who died in a case increases the more workers live with their parents, i.e. the greater the intergenerational exchange. If your theory is correct, India, Taiwan and Thailand in particular are at risk worldwide, and Serbia and Poland in Europe.

This trend could not be demonstrated in Asian countries. This could be due to different cleanliness standards and types of physical coexistence, believes Christian Bayer.

Kuhn's recommendation for action: First and foremost, the contact between the old and young population should be further reduced.

But it goes one step further: If we want to successfully oppose the virus, we should rethink our social networks per se, older people should also forego contact with their peers, and those in employment should return to the single-income model. "We are currently driving towards the end of the traffic jam at 180 km / h. The only thing you can do is brake hard.