Where do terrorists live in the Sahel

Terror aggravates hunger in the Sahel

Military violence, poverty, violations of human rights and the devastating consequences of climate change - the situation in the Sahel is catastrophic. The border regions between Mali, Burkina Faso and Niger in West Africa are at the center of the fastest growing humanitarian crisis in the world, according to the UN. The development in the central Sahel was therefore the focus of a donor conference in Copenhagen on Tuesday. The United Nations, Germany and the European Union, together with Denmark, hosted the virtual talks on the situation in these countries. The result: new commitments, which, according to an initial assessment by UN Emergency Aid Coordinator Mark Lowcock, should amount to around 1.7 billion US dollars (around 1.4 billion euros) for this year and the next.

All previous attempts to stabilize the fragile region have largely failed, according to experts. Rather, terrorist attacks in the countries are worsening the humanitarian crisis - the region is increasingly becoming a hotbed for terror and armed conflict. Northern Nigeria, which borders Niger, also plays a role in this situation. The Islamist terrorist organization Boko Haram is responsible for deadly attacks in Nigeria, which force many people to flee to neighboring countries and exacerbate the refugee and food crisis there. 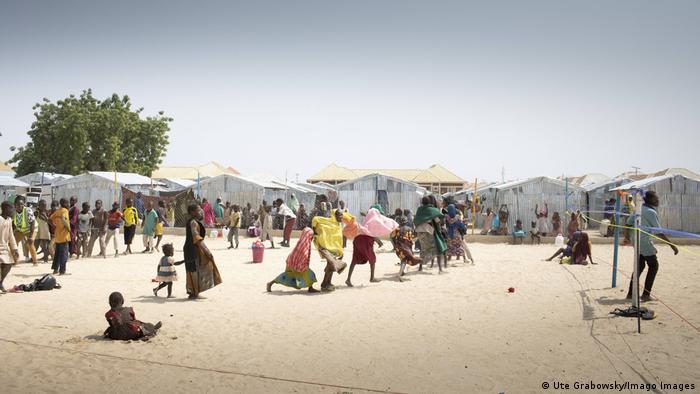 The terror of the Boko Haram militia has displaced many Nigerians. Some also flee to neighboring Niger

Aid organizations urgently need access - otherwise thousands of people in the central Sahel would be plunged further into misery, warned the World Food Program (WFP) earlier this week. "We are very concerned about the situation in the central region of the Sahel," said Bettina Lüscher, chief spokeswoman for the WFP, in an interview with DW. "The countries of Burkina Faso, Mali and Niger are facing a major crisis that has been made absolutely worse by COVID-19. In some parts of Burkina Faso, people are facing acute famine, something that happens very rarely."

According to Lüscher, armed conflicts, floods and economic problems add to the general tension that people do not know how to continue. In the three countries Burkina Faso, Mali and Niger alone, more than seven million people are acutely affected by hunger: "They don't know where the next meal will come from," says the WFP spokeswoman. "We believe the number could rise to 13 million. This is a huge problem, especially in times of Corona." The reasons are obvious: the work of the helpers is difficult, they are often attacked, and the organization's trucks do not even get into some areas. 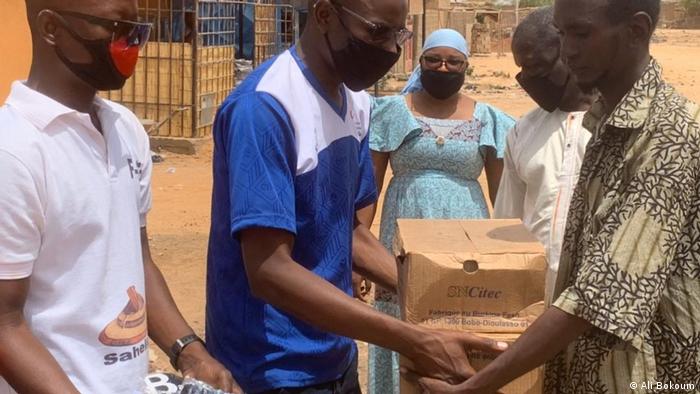 "The world must not forget the Sahel"

Rapidly growing numbers of displaced persons are exacerbating the situation. "Many people are on the run and have no way of supporting themselves," says Ivo Brandau, spokesman for the UN Office for Humanitarian Affairs (OCHA) in West Africa. "The number of displaced people is twenty times higher than last year. Now we're talking about 1.6 million internally displaced people," Brandau said in an interview with DW. They all needed shelter, food, water and access to sanitation. This cannot be managed with the emergency aid funds available up to now.

For Lüscher, the current donor conference sends an important signal: "The world must not forget the Sahel." Otherwise the region threatens to sink completely into chaos, terrorism will continue to increase - with serious consequences for the international security situation. "We have to invest more in development aid with a focus on peace operations." Observers are urging not to lose sight of the terror-plagued northeastern Nigeria, where many farmers had to flee to refugee camps in the cities. "The acute threat of hunger is clearly palpable," says former agricultural official Hamza Umar Usman in the city of Maiduguri. "The prices in the markets are high because most of the farmers could not till their land because of the uncertainty. Even now the most common types of grain cannot be grown."

Instead of focusing on the military: Promote local projects

Ekkehard Forberg, peace expert at the international children's aid organization World Vision, also feels the current situation is extremely fragile. He pleads for more initiatives in the villages that should bring a long-term peace process on the way. "900,000 children are currently starving in Mali, Niger and Burkina Faso, and COVID will remain for a while," Forberg said in an interview with DW. 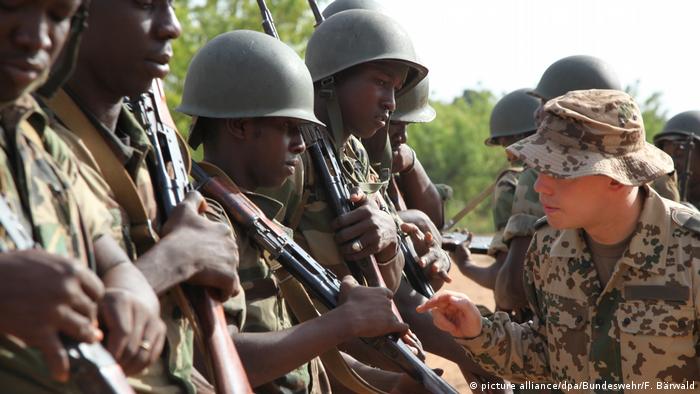 Investments must therefore also be made in long-term projects that aim to avoid conflicts. He sees the danger of stagnation particularly in Mali, where the Bundeswehr is also involved in peace missions. He thinks nothing of the ideas of imparting security through national armies, and the establishment of military training and support concepts has not led to success. All that was done was to tinker with symptoms. Hence his demand: "We have to train the local people, the villagers, including members of ethnic groups, so that they can negotiate with one another later."