It's okay with me to eat animals

Can i eat animals?

Welcome to the context “May I eat animals? ". Here you will find all the important texts and information on the topic so that you can get a quick and good overview.

Hello! I'm Theresa Bäuerlein and I have been thinking about the question of whether and under what circumstances it is okay to eat animals for ten years. This is a question that worries a lot of people, and every time I write an article about it, I get a lot of feedback.
At the same time, the discussions between vegans, vegetarians and omnivores are often extremely emotional. That's why I would like to give you a balanced overview here. Is It Okay to Eat Animals? I've picked six texts that can help you make a decision - or even just make peace over a dinner with a complicated guest list (roast fans vs. tofu fraction). The texts are summarized so that you get the most important information. To understand more, you should read them.

There are four important aspects that are often mixed up: Climate. Environment. Health. And ethics. The separation is a bit artificial, but it creates an overview. The first three can be answered with facts and figures, the fourth point only applies to a limited extent. We can weigh up which types of husbandry and slaughter methods are better for animals. We can also try to understand how animals perceive pain. But compassion is a feeling that evades rational argument. Therein lies its strength - but also the catch.

Time for an article?

If you want to read the most important arguments with just one text, then take this one. In it I have put together an overview with all sorts of interesting facts. Did you know, for example, that in Germany 13 million pigs a year never find their way onto the plate because they end up in the garbage beforehand? Before the slaughter? Did you know that there are six million vegetarians in Germany? And that meat avoidance is not as effective as it is often portrayed? If you want to kneel down properly, you can check out other sources that I have linked in the article. This text gives you the necessary foundations for the often emotional debates about eating meat.

Something new is emerging here

This connection is great. That is why it will soon also be available as a piecemeal e-mail course. We're working on that right now, so come back soon. 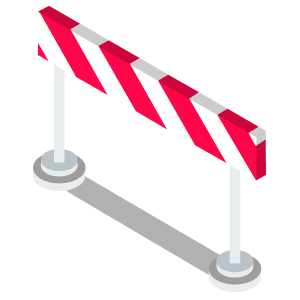 Time to understand all of this?

If you love meat but doubt the moral of your roast, now is the time to be very strong. In 2018, two scientists created the most comprehensive database yet on how agriculture that produces food affects the environment. The result: Mankind uses 83 percent of all agricultural land to produce meat, eggs and dairy products and to breed fish. In addition, it emits up to 58 percent of all greenhouse gases. That means: Even sustainably produced meat and dairy products have a much worse environmental balance than plant-based foods. This round goes to the vegan group.

The peasant argument: there is no food without animal husbandry. Or?

In Germany only one in every 100 employees works in agriculture. Very few people know one of the most convincing arguments against veganism and vegetarianism, because it assumes a knowledge that every farmer has, but most supermarket buyers do not. That's why the following article is the wild card that you can use to score points in any discussion over dinner. But think of the old Spiderman wisdom: with great power comes great responsibility. And that's what it's about: It is very difficult to produce food without animals - virtually every vegetable, grain, or piece of fruit one can buy has grown thanks to products from the animal industry. Also and especially organic food. This is not a sign of perverted agriculture, but a rule of perfectly normal nutrient cycles. Is there another way? Yes, but it's very difficult. For the following article I met the agricultural scientist Daniel Mettke, who wants to convince people that their organic carrots and potatoes should also grow animal-free. And he has pretty good arguments.

The cultural argument: cattle and humans are companions

If you look at pictures of factory-raised cattle, pigs and chickens, you might think that the relationship between humans and animals is a story of exploitation. But that's not true: The domestication of livestock and domestic animals was not initially a one-sided occupation of the animal by humans. But a relationship for mutual benefit. Cattle and humans have been companions for millennia and have even influenced each other biologically. Science calls this "co-evolution": In Central Europe, cows changed the proteins in their udders so that humans could tolerate the lactose. And at the same time people changed their digestion - that's why many people in Europe are still not lactose intolerant, unlike in Asia or Africa. The article I recommend here is about a young writer who moves to his parents' farm in Ireland. And there the ancient relationship between humans and cattle was rediscovered. He wrote them for readers who encounter cows and farms in everyday life at best two-dimensionally, as idyllic images on milk and butter cartons. Incidentally, he describes a way of life that is slowly becoming extinct in rich countries.

Anyone who renounces meat because they are concerned about the environment, climate and animal welfare would like this renunciation to have an effect. But does it really work? I have already mentioned a frightening number above: Thirteen and a half million pigs in Germany are kept so sick every year that they perish or have to be killed. Nobody eats these pigs, they end up in the garbage (i.e. in the animal carcass disposal). But that's not all: there are also around four million people whose meat ends up in the trash in private households. So more than 17 million pigs die completely regardless of whether we eat tofu or pork sausages. I have calculated what the roughly nine million vegetarians and vegans achieve in comparison by avoiding meat. The result: all vegetarians and vegans in Germany together save only around four million pigs a year.

Enough arguments: we need to talk about compassion

My fifth recommendation is a very personal text. In it I describe why I became a vegetarian. I have to warn you: This article has the well-known side effect of converting people to avoid meat. But I swear I didn't write it manipulatively on purpose. I believe the strength of this article is that it undermines all rational arguments and addresses a feeling that (hopefully) everyone understands right away: compassion for other suffering beings. Too emotional for you? Don't worry: for this text I didn't think about velvety cow eyes while sipping a nice green tea on a sofa, instead I walked past boxes with pork hearts and entered halls where blood flowed down conveyor belts. 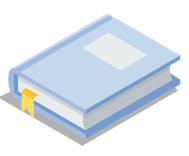 What others say about it

The ghost army that slaughters our animals

Germans discuss animal welfare extensively and extensively. In this elaborate research of the time, the author pursued a question that is often overlooked: How are the people who slaughter our animals? She found a shadow world. (The article is behind a payment barrier.)

Why animal cruelty is so rarely punished

There are many abuses in animal husbandry, but the perpetrators very often get away with it without being punished. The criminal lawyer Jens Bülte explains why this is so in this interview that is well worth reading.

MIchael Pollan is, in my opinion, one of the best journalists around when it comes to understanding food, including meat and the problems and opportunities associated with its production. His website is a treasure trove for anyone interested in these topics and having no problem reading in English.

A vegan changes his mind

One of the most important arguments in the meat debate is often neglected: Almost everything that can be criticized about eating meat relates to the factory farming system. But there is another way, as the vegan author of this article explains (in English).

In this episode, the ZDF program “Frontal 21” reveals how the industry pimps up pale steaks and low-quality sausages: With proteins from slaughterhouse waste, such as old blood, bones and fat residues, which are injected into the meat. And quite legally.

Do you have anything to add?

What did I miss?

Do you have any hints, comments, stories or feedback on the context? Then get in touch with me.

I am a reporter for Sense and Consumption. Subscribe to my reporter newsletter now.