What is Raquo in HTML 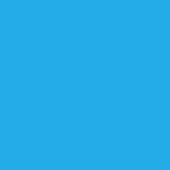 There are 10 matching fonts available

A font family especially for medieval scholars, but containing an extensive enough selection of Unicode characters to be widely useful.

Download: Aegean - Version 8.01
License: Free to use, modify and distribute

Quivira 4.1 contains 11,053 characters from various Unicode blocks. Most of them are expected to work correctly everywhere, but there are some issues with characters that have codepoints higher than 65,535 and combining characters.