Are there any merits to group think

Wrong decisions in political bodies: How they come about and how they can be prevented

Important political decisions are often made in groups. This is expected to make better decisions, true to the motto "four eyes see more than two". Research shows, however, that groups often do not use this advantage and sometimes make blatantly wrong decisions. This article provides answers to the following two questions: How can it be explained that wrong decisions are made in political bodies? Which interventions can be used to improve decision-making processes in political practice?

"How could I have been so stupid to let them go ahead?"
(John F. Kennedy, 1961, after the failed Bay of Pigs invasion)

In 1961, John F. Kennedy and his advisors made one of the most momentous decisions in US foreign policy: the invasion of Cuba with the aim of overthrowing the government there under Fidel Castro. On April 17th, about 1,300 Cuban exiles landed in Cuba's Bay of Pigs under the command of CIA officials and with the support of the US Navy. The invasion turned out to be a fiasco: After just three days, the invading forces were completely wiped out by the Cuban army. Cuba reported over 1,100 prisoners, 90 attackers are said to have died.

As later analyzes showed, the failure of the Bay of Pigs invasion was based on a number of misconceptions (Janis, 1982): Kennedy's advisory staff had assumed that the supposedly ineffective Cuban air force could be eliminated by air strikes before the invasion began. They also mistakenly assumed that the invasion of the Cuban exiles would incite the Cuban underground to revolt in order to overthrow the Castro regime. How can such misconceptions be explained? How can you explain that a committee consisting of experienced security and foreign policy-makers made such a wrong decision?

Perhaps the most comprehensive psychological analysis of the failed Bay of Pigs invasion was provided by Irving Janis (1982). Janis analyzed the four major traumas of US foreign policy (Pearl Harbor, Bay of Pigs invasion, escalation of the Korean and Vietnam wars). He came to the conclusion that all events were based on an unfavorable interaction and communication behavior in the political decision-making bodies, which he referred to as [Groupthink]. Janis defines Groupthink as an excessive striving for unanimity at the expense of a realistic and critical assessment of the situation. According to the Janis model, this striving for unanimity or harmony leads to various groupthink symptoms: (a) overestimation of the group's self-confidence, (b) group narrow-mindedness and (c) pressure to be uniform. The overconfidence of the group can go as far as an "illusion of invulnerability", a deceptive belief that nothing can stop the group in achieving its goals and that it is almost infallible. The narrow-mindedness of the group is expressed in the fact that information that speaks against the planned approach is systematically hidden or invalidated. Uniformity pressure includes, on the one hand, self-censorship, i.e. the group members hold back their own doubts so as not to disturb harmony; on the other hand, direct pressure is exerted on deviants. These groupthink symptoms result in a number of errors in the decision-making process: For example, an incomplete consideration of alternative courses of action and an underestimation of the risks of the preferred alternative. In addition, initially discarded alternatives are usually not reassessed and planning for contingencies (the famous Plan B) is neglected.

But how can it come about that a group of decision-makers acts so self-confident and narrow-minded? Janis (1982) postulates three boundary conditions that cause group think: high [group cohesion], structural errors in the organization and an overheated situational context. Group cohesion means group cohesion or loyalty to the group. Structural errors include: isolation from the outside world, authoritarian leadership, a lack of standardized decision-making procedures and the homogeneity of the social and ideological background of the group members. The third cause of groupthink, the heated situational context, contains two components: on the one hand, high stress (e.g. due to uncertain consequences of one's own actions, especially when a lot is at stake), on the other hand, low self-esteem (e.g. caused by previous failures) .

In summary, Janis understands Groupthink as a form of stress reduction: Important decisions cause a high level of stress in a group, which the group counteracts by rationalizing away doubts, self-appreciation and "closing the ranks" (pressure of uniformity). The pursuit of unanimity as a means of reducing stress obscures the view for a critical analysis of the situation and causes the uncritical recognition of the group opinion. 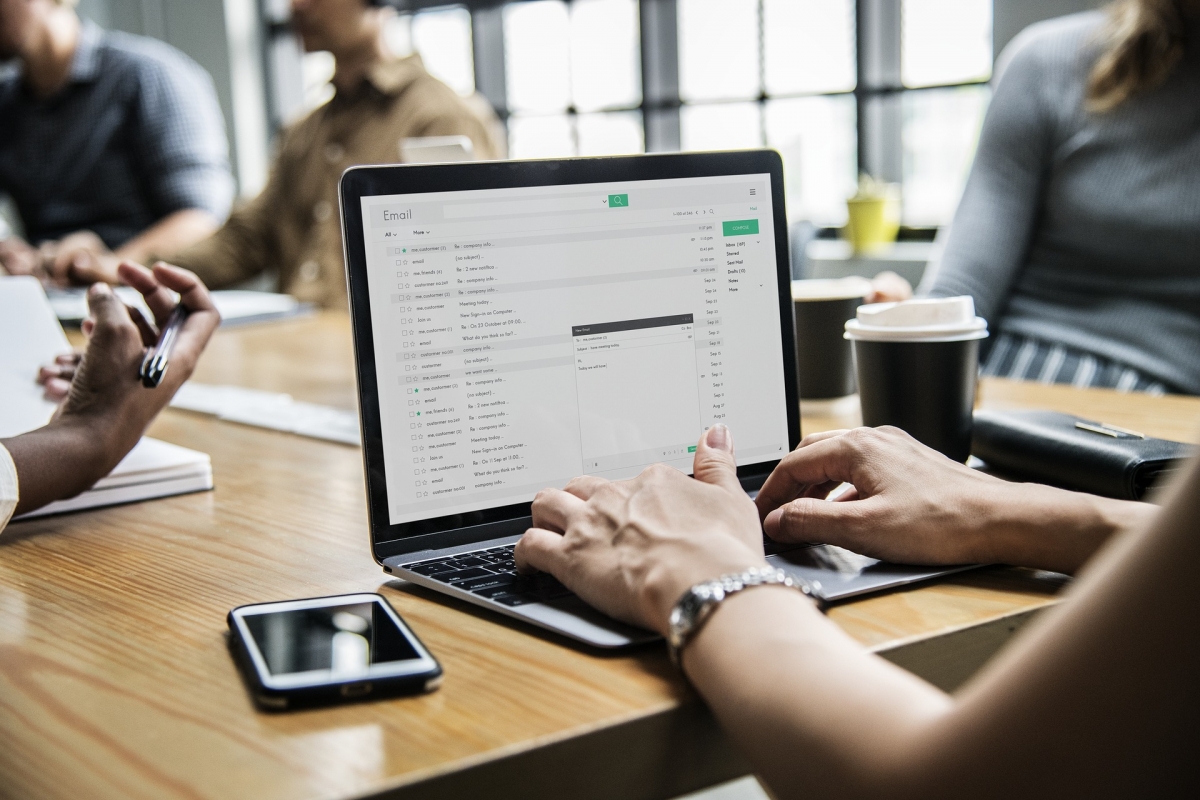 Groupthink is defined as the excessive pursuit of unanimity at the expense of a realistic and critical assessment of the situation. Image: rawpixel via pixabay (https://pixabay.com/photos/computer-laptop-technology-office-3368242/, CC: https://pixabay.com/service/license/)

In the last 30 years, numerous studies have been carried out in which the group think model was subjected to a critical examination in a wide variety of contexts (cf. for an overview Esser, 1998; Schulz-Hardt, 1997). It was mainly the structural errors in the group organization that turned out to be responsible for group think symptoms. It has been shown that groups with homogeneous opinions (i.e. groups whose members favor the same alternative) are more likely to look for information that confirms their opinion than groups with heterogeneous opinions (Schulz-Hardt, Frey, Lüthgens, & Moscovici, 2000), which hinders an impartial approach to a problem stands. The fundamental statement that characteristics of group organization and group composition can have a strong influence on the quality of decision-making is perhaps the greatest merit of Jani's Groupthink model and turned out to be an important impetus for further group decision research, as we will show below.

Why are important decisions increasingly made by groups in politics, but also in business and in other areas of life? Group decisions are not just 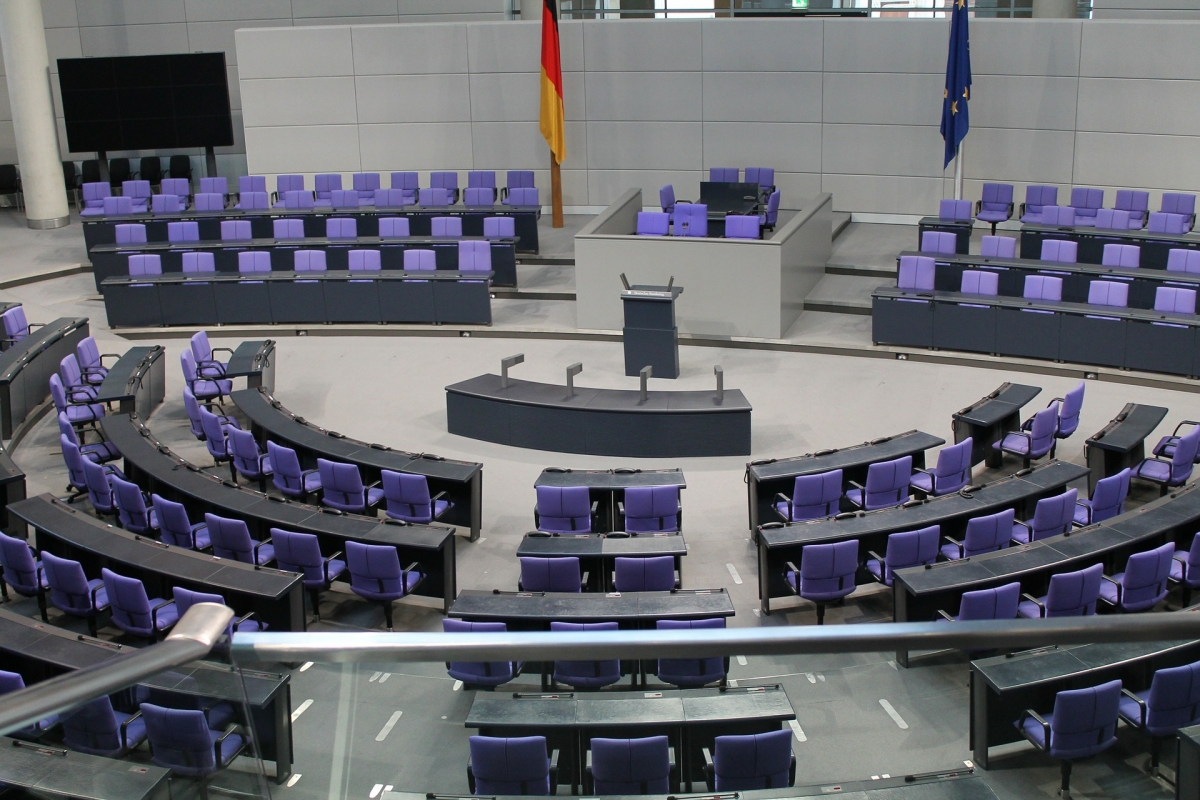 Why are important decisions in politics increasingly made by groups? Image: clareich via pixabay (https://pixabay.com/de/photos/bundestag-regierung-politik-369049/, CC: https://pixabay.com/service/license/) particularly time-consuming and cost-intensive, but just also, as just shown, at high risk of causing significant problems. In addition to the democratic legitimation of decisions, which is formally necessary in the political field, there is also an important substantive reason for entrusting groups with decisions: The meeting of different people who can contribute different information harbors the potential to make particularly good decisions. In particular, when the decision-making situation is a complex problem, different expertise and perspectives, i.e. different knowledge and different assessments of the situation, can be of great importance. For example, the decision about the Bay of Pigs invasion had a diplomatic and domestic political dimension in addition to the military one, which had to be taken into account by the people involved with corresponding areas of responsibility.

This potential of groups to bring a lot of information into the decision-making process and to take it into account has naturally also aroused great interest among researchers. In order to investigate whether groups actually succeed in using this potential, the so-called [Hidden Profile Paradigm] (Stasser & Titus, 1985) was developed in the 1980s.