What is the famous hacker movie anyway

In this list we present our 5 favorite hacker films. The genre was founded in the early 80s and since then some pearls of the film have appeared, all of which have to face the problem of making something as abstract as computer viruses, code and software tangible in the medium of film. For this purpose, animations with series of numbers and animated journeys into the interior of a PC are often used. The hackers who hit the keys, in whose glasses, in the best case, cryptic sequences of numbers, are also very popular. It is inevitable that the IT specialist will pull his hair out at the often abbreviated and simplified presentation of complex topics.

For the sake of tension and understanding, some technical accuracies sometimes have to be disregarded. But a good hacker film still shows us the possibilities and dangers that lurk in the cyber world. He opens our eyes to a world that now affects all areas of our life. 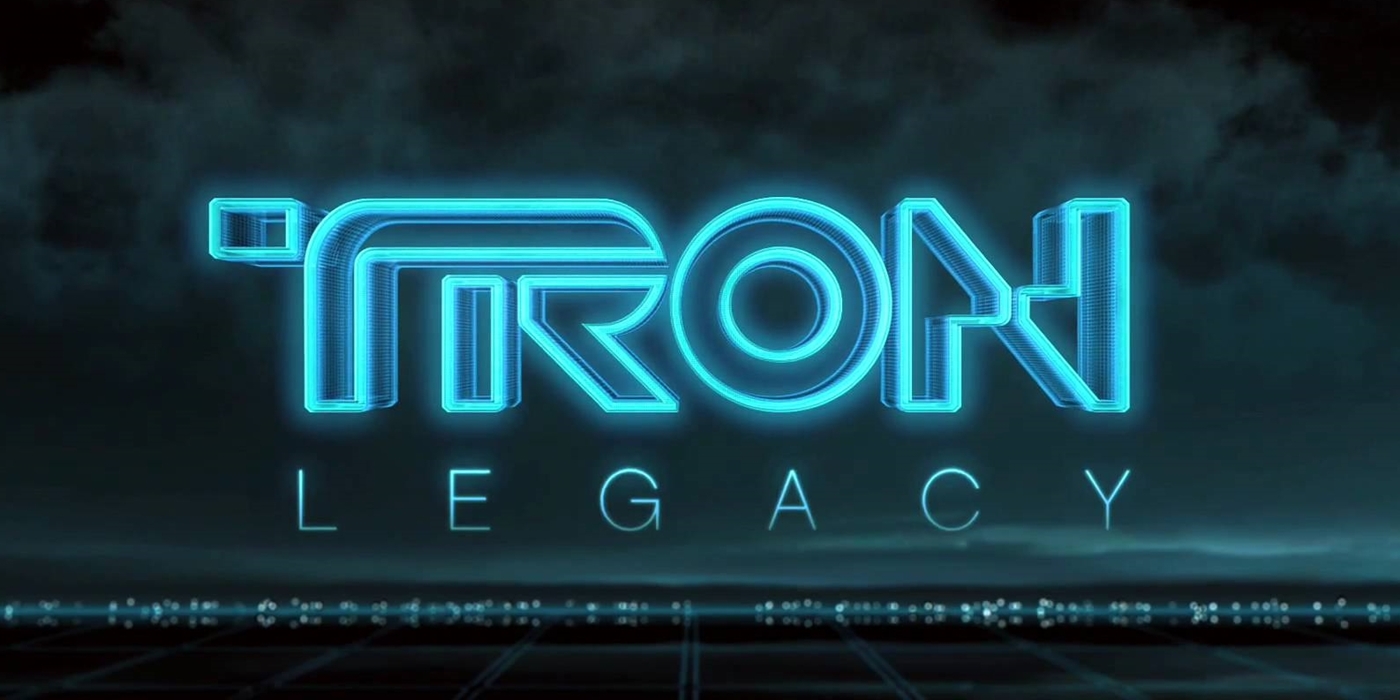 The cult film Tron and its sequel Tron: Legacy share this place in the list. While the first film is all in all the better film, which was a bit ahead of its time at the time but has a large cult community today, the 2010 sequel tends to follow the visual demands of today's audience, but is a little weaker in terms of the plot .

In the first part, the protagonist, programmer Kevin Flynn (Jeff Bridges), tries to prove that the head of the computer game company he worked for stole his games and passed them off as his own. When trying to break into the company's digital network, something went wrong and he was hit by a laser beam. He finds himself as a digital version of himself inside the digital world of computers, i.e. in cyberspace. There he tries to switch off the ultimate evil Master Control program with the help of the Tron program and at the same time has to fight for digital survival in a computer game.

In the second part, which came into cinemas almost 30 years later, the now 27-year-old Sam (Garrett Hedlund) accidentally follows his father Flynn (again Jeff Bridges) into this world and has to face completely new challenges in the meanwhile the changed cyber world. Tron and Tron: Legacy stage a fascinating cyber world in which programs are alive and codes are humanoid. Instead of adapting a hack with green ones and zeros on the screen, or with other animations for the cinematic medium, the entire cyber world is represented here as our world. In this scenario, the Flynn hacker himself becomes a computer virus because he infiltrates the IT system and tries to change it from the inside. 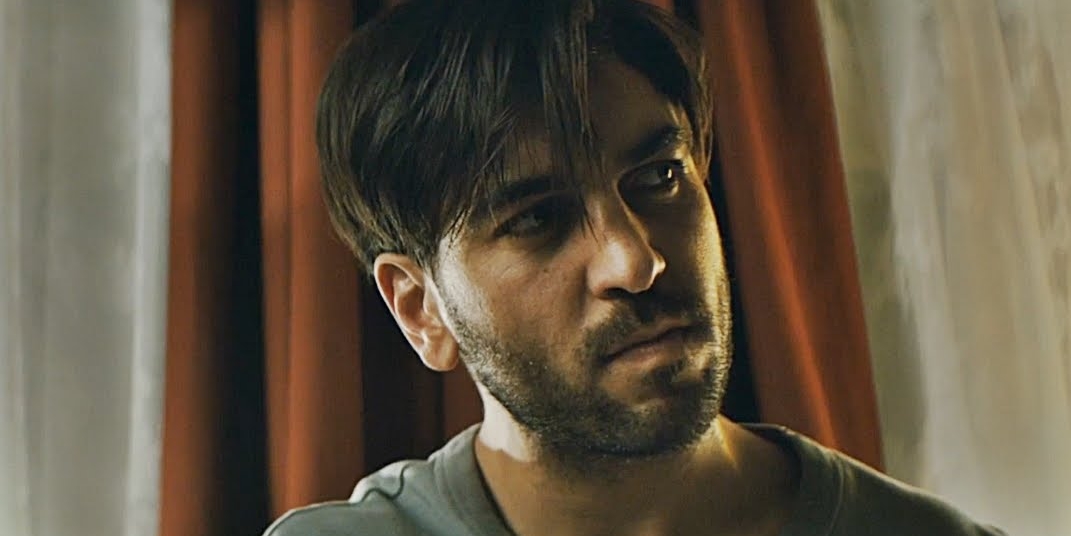 Who am I is a current German contribution on the topic of cyber crime with Elyas M’Barek, Tom Schilling and Hannah Herzsprung. The film tells the story of Benjamin, an inconspicuous, intelligent guy who is shaped by the early loss of his parents. He is a talented casual hacker, but he only really gets going when he meets the charismatic Max during court-ordered social hours. Together with two other friends of Max, they found the hacker group CLAY.

After several hacks that are supposed to bring them recognition in the Darknet, they choose a target that would definitely secure this recognition for them: the BND. The action succeeds, but Benjamin also takes confidential employee files with him. When a murder occurs shortly afterwards that can be traced back to the BND hack, CLAY becomes entangled in things that go far beyond her actual goals. Who am I is an exciting and twisting thriller, of which the American film studio Warner Bros. is even planning a remake. 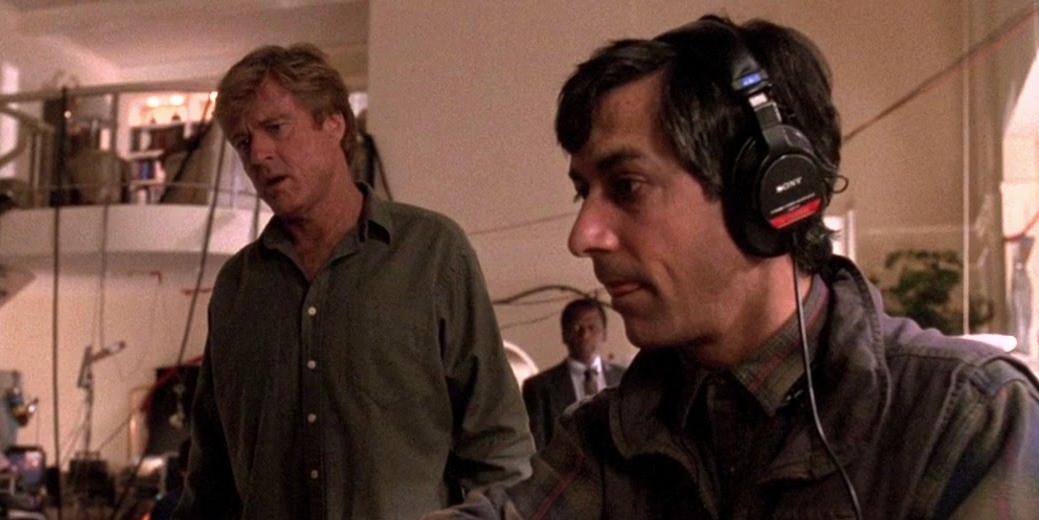 Sneakers (with Robert Redford, River Phoenix, Dan Aykroyd, David Strathairn) actually belongs to the genre of the heist movies, but it also contains elements of the hacker film. The film is about data theft, security breaches and political conspiracy. The film opens with two students hacking a bank from a computer at their university for fun and managing to transfer money from Richard Nixon's account to an organization for the legalization of marijuana. One of the two is arrested shortly afterwards by the FBI, the other is able to flee. After a leap in time of over 20 years, the viewer learns that Marty - who was able to escape - is now working as a hacker for companies that want to find out weak points in their security devices.

When the supposed NSA turns to his crew with an order, everything gets out of hand. You find yourself in the midst of a conflict in which information is worth more than ammunition: "It's not about who got the most bullets. It's about who controls the information. " 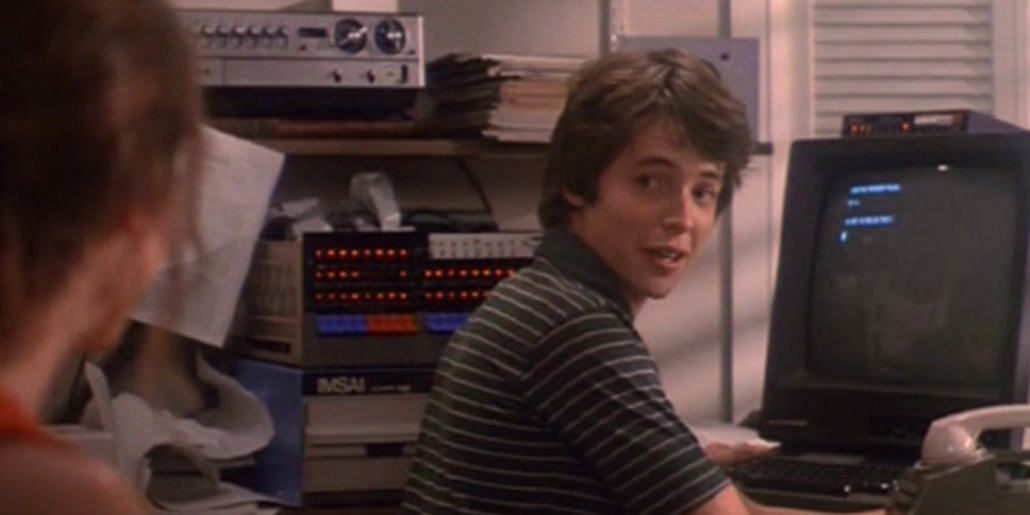 In addition to Tron, WarGames is one of the first hacker films and thus a co-founder of the genre. In this film, too, the hacker is not a “bad guy”, but a student named David Lightman who hacks into a game manufacturer's system out of boredom and accidentally gains access to the American air force program. He starts the application "Worldwide Thermonuclear War" without knowing that he is no longer in the system of the game manufacturer and that this is not a game, but reality.

The film was released in 1983 during the Cold War and thus alluded to real fears of the audience. What starts out as a film about a bored student soon turns into a war film that unleashes an attack on the Soviet Union. When David is interrupted by his parents, the self-learning system WORP takes over. Now there is a race against time in which the researchers who developed WORP must manage to teach the system the nonsense of war and thereby stop it. This film impressively shows what an individual can do when the line between reality and virtual reality blurs. 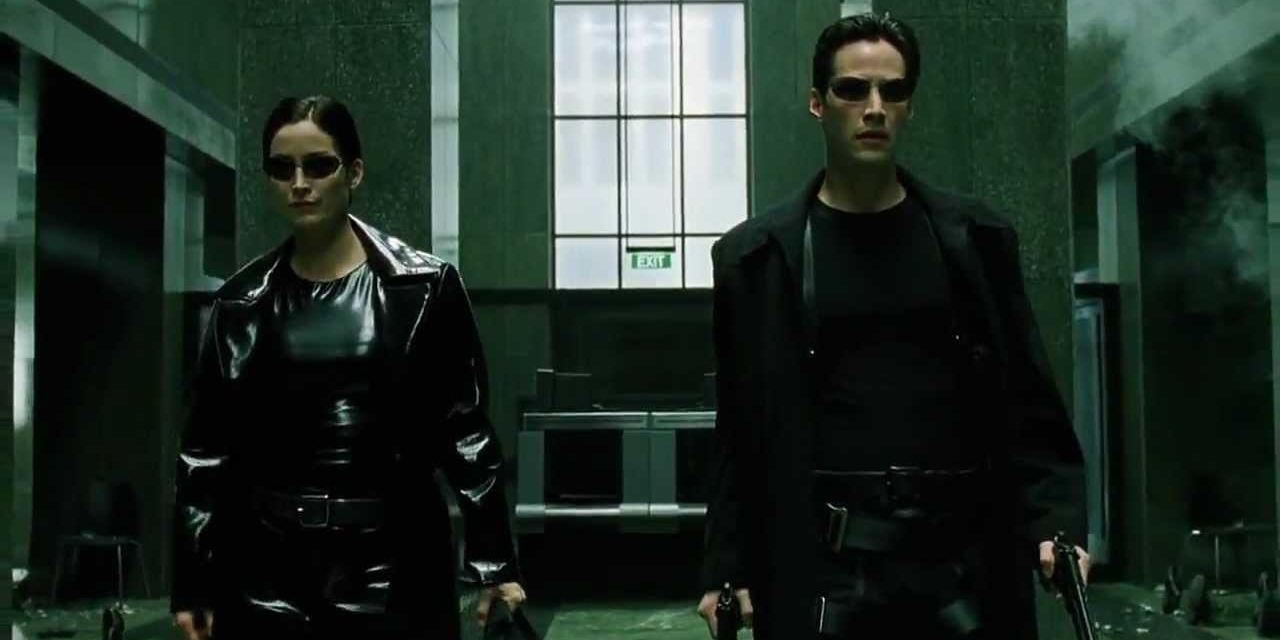 Is Matrix a hacker film at all, you might ask? In any case, the main character Neo (Keanu Reeves) is introduced as a hacker, and on the symbolic level the film remains a hacker film through and through. Because Neo gets entangled in the biggest hack of all, he is supposed to hack what everyone around him perceives as reality and thus save the scourged humanity from the computers that have taken control. In this future scenario, the hacker is the good one who saves mankind from the overhand and control of computers.

Matrix is ​​our number one because it is visually seared into the collective memory of a generation. Even if you have no idea about hacks, software and programming yourself, the film manages to carry us away. The visualization of the matrix constructed from green letters will probably stay in the memory of every viewer - and the red woman, the error in the matrix, especially every man. The question of what is real and what is not is taken to extremes in this highlight of the hacker film, and it becomes clear that digitization and the emergence of artificial intelligence do not make answering this question any easier. 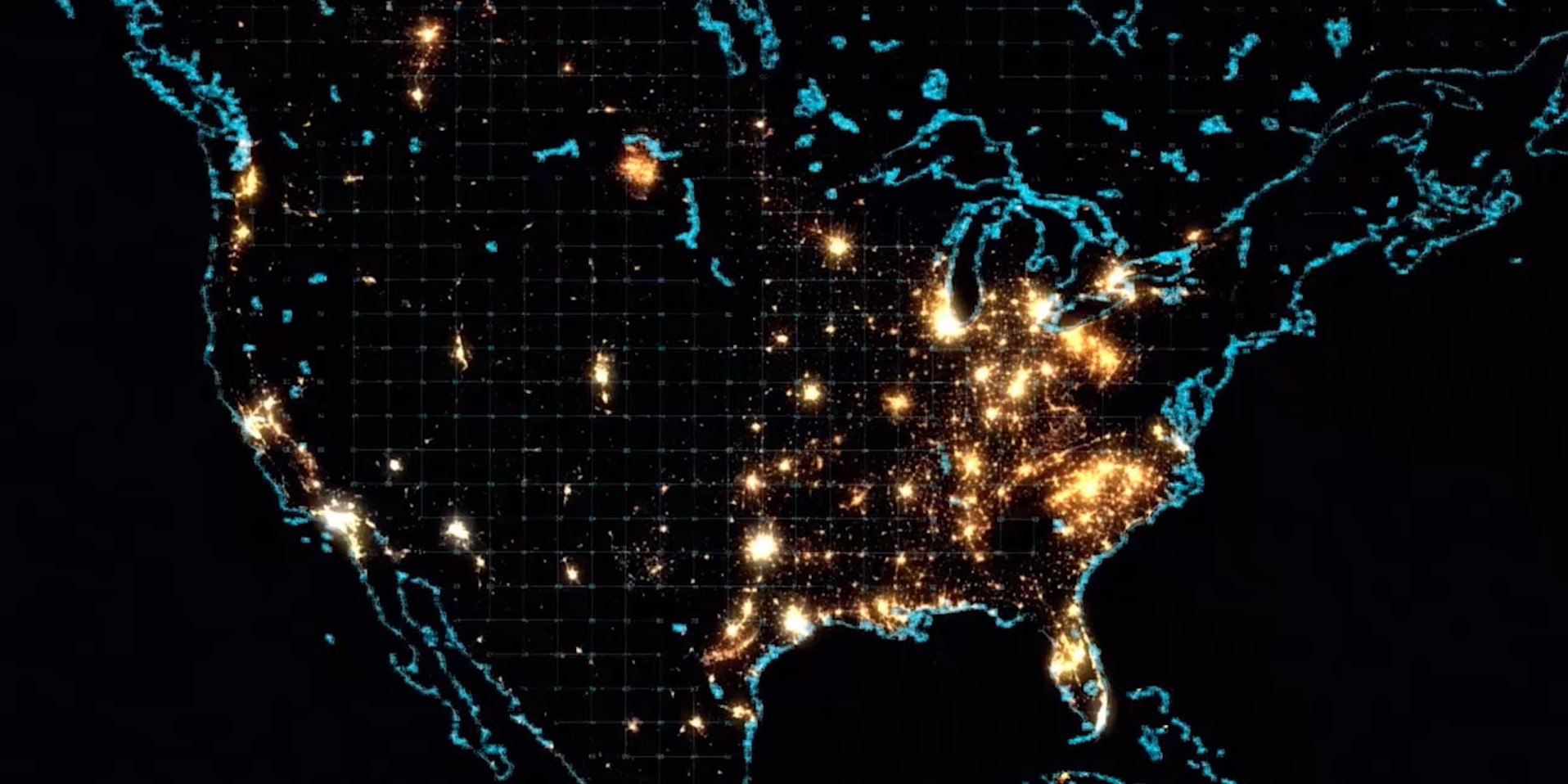 This year's Berlinale documentary Zero Days takes on the topic of cyber war and illustrates in a haunting manner how much our living environment is now digitally controlled by IT systems and how quickly these can be infiltrated and attacked with the right technical know-how. The case that this film investigates is the cyber attack by the USA and Israel on the Iranian nuclear program, which is still denied by those responsible. Among other things, the Stuxnet computer worm was able to destroy centrifuges in the Iranian nuclear facility in Natanz in a way inexplicable to the technicians on site.

This documentary shows that the hackers were most likely hired by the US and Israeli government, deciding who are the good guys and who are the bad guys isn't as easy to make here as it is in the movies on this list.

Follow the example of our over 80,000 subscribers and sign up for our free newsletter. You will receive regular information on data protection, cloud stories, security tips and reports from our crypto experts.