Which phone should I buy under 13k 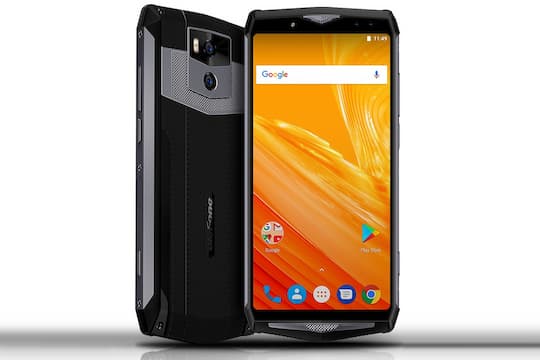 Big battery, big case: Ulefone Power 5
Image: Ulefone If the battery life of a smartphone is most important to you, the recently introduced Ulefone Power 5 should be of interest. The mobile device has a rechargeable battery with a capacity of an impressive 13,000 mAh. The manufacturer also promises fast charging, and the battery should be completely filled again after two and a half hours. Ulefone serves the dual camera trend twice with its Power 5; two main cameras with 21 and 5 megapixels sit on the back, selfies are taken with 8 and 5 megapixels. Exemplary: Android 8.1 Oreo is installed ex works.

Is that still a smartphone, or is it already a power bank? The Power 5 from the Chinese manufacturer Ulefone can confidently be called a hybrid. The highlight of this mobile phone is without a doubt the 13,000 mAh battery. The company advertises a standby time of at least one week, if the user is more leisurely with the product, even ten days should be there. To prevent dangers and to guarantee increased safety, the group created the rechargeable battery in a dual-cell design. If necessary, the Power 5 can charge other smartphones. Since many current smartphones often have a battery capacity of around 3000 mAh, the Ulefone model could theoretically supply such a phone completely with power four times. With a power supply of 5V / 5A, the Power 5 should be 100 percent operational again 2.5 hours after it has been fully discharged. The battery of the mobile device can also be charged wirelessly, but this takes around ten hours.

Further specifications of the Ulefone Power 5

You don't have to fool yourself: this smartphone is a block. Such a powerful battery has a physical effect on the case. The height of 16.94 cm and the width of 8.2 cm are still okay, while the thickness of 1.58 cm and the weight of 300 g should be considered before buying. The 6-inch 18: 9 display with 2160 by 1080 pixels, the generous working memory of 6 GB of RAM and the 64 GB of data space are positive, however. It can be expanded via a microSD card and the main camera looks well equipped. A Sony IMX230 sensor, in conjunction with an aperture of f / 1.8, should ensure great photos. Underneath there is a second optic with 5 megapixels for cropping out motifs. Great: The camera was given its own button and Ulefone also built an optical image stabilizer into its Power 5. Selfie fans can look forward to a duo consisting of 8 and 5 megapixels. Although the manufacturer specifies 13 megapixels for the front camera, the data sheet shows that it is interpolated.

The pre-order for the Ulefone Power 5 starts on April 24th. Beforehand, you can register on this website to receive a discount of US $ 70 on the as-yet-unknown retail price. When and where the smartphone will finally go on sale is not yet known.