A bird can be any color

Measures against bird death on glass

There are many man-made objects that can block the path of a flying bird. Glass is particularly dangerous for animals because it is invisible and in terms of numbers it is probably the most important human-made cause of bird death in Germany. This tragic death would be easy to avoid. 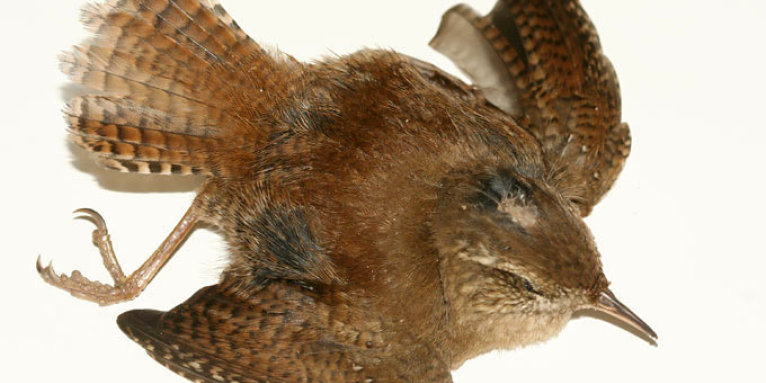 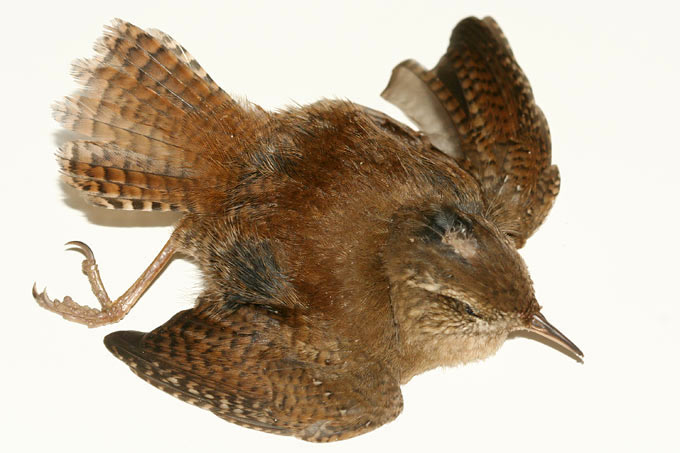 This blackcap didn't have to die. Photo: NABU / Lars Lachmann

It is quiet morning at the bird feeder. But suddenly there is an alarm. A great tit has discovered the approaching sparrowhawk first and calls up your "siiiht". All small birds fly into the bushes as quickly as possible. Two siskins have missed the chance and are painting the nearby house. It looks like this one has a gap in the middle. In fact, you can see through the house here, through one window, through two open doors and beyond through the glass balcony door. Both birds slam against the closed window at full speed and are dead in seconds.

The homeowner later discovers the two dead siskins, a male and a female. It's a shame for both of them. The day before yesterday there was a bullfinch, blackbirds and a grosbeak have already found each other. You will get a dignified burial in the corner of the garden. Why are there always dead birds lying here? The cat has already got some of them and only left a few feathers in the basement.

Death at the bus shelter

Change of scene: so that passengers don't have to stand in the rain, the regional train has come up with a replacement for the old station - a bus shelter, glazed and elegant. In a neighboring town even the shelter for the bicycles is glass. Here, too, there is already a dead blackbird lying next to it. Apparently it hit the invisible pane in rapid flight.

A blackbird, it will be said, is not tragic after all. But how many birds fly against these panes during the year? And how many are there on all the glass surfaces in the country? It's probably over 100 million a year (more on this here). You can be happy when the windows are dirty, because then the birds can see them better. But when they are freshly polished to a shine, woe to the bird that flies from any direction under the roof of the house.

Glass is not just an invisible obstacle that birds believe they can fly through. It also reflects. Window panes then mirror the silhouettes of trees and bushes or the open sky to a bird. Another reason flying birds get trapped. Birds that migrate at night often fly against windows that are illuminated from the inside, especially on tall buildings, because they are attracted by the light.

Glass front with a bird of prey silhouette - Photo: Helge May

The remedy is clear: do not build glass bird traps. With every new building, care should be taken to ensure that there are no dangerous viewing situations for birds, for example in the case of glazed house corners or balcony railings. In addition, reflections must be avoided by using low-reflection glass and avoiding attractive vegetation near larger mirror glass surfaces if possible. New buildings that are particularly dangerous for a bird strike, such as glazed high-rise buildings without targeted preventive measures, should no longer receive building permits in accordance with the current species protection law. And existing buildings known as special bird traps should be required to be retrofitted in the interests of bird protection.

Fortunately, there are a number of countermeasures that can be taken for both new and existing buildings. The glued-on silhouettes of birds of prey that one finds so often, however, are of next to no use. The birds do not recognize any natural enemies in these stickers and often fly onto the window next to the stickers. In addition, black stickers can hardly be seen in the twilight - they would be better in orange.

Which glasses are effective against bird strikes?

Effective solutions are any patterns or stickers that make the glass panes visible to birds. So that they can also be recognized in mirror situations, they must be attached to the outside of the pane. In principle, these should cover around 25 percent of the pane for complete protection, but when using particularly suitable patterns, the area to be glued is significantly reduced to a few percent. Vertical stripes or dot patterns have proven to be effective.

These patterns can be structures that have already been printed on at the factory, but can also be applied subsequently with foils. Semi-transparent ("milky") adhesive strips are the cheapest solution. These are available under the name Bird-Tape. The distance between the strips should not exceed ten centimeters.

The Vienna nature conservation authority has examined many markings for their effectiveness in preventing bird strikes in standardized “flight tunnel tests”. She published the result as a "tested sample". The following rules of thumb can be defined:

But based on these rules, many creative designs are also possible. In the private sector, you will quickly find out which panes of glass are problematic - for example if a certain bush or tree is reflected. There you can then proceed selectively and defuse the affected panes.

According to the current state of knowledge, a solution with visible markings must be found in any case in particularly dangerous situations. Markings that are not visible to humans using patterns that are only visible in the UV light range have so far proven to be of little effect, not least because not all birds can see UV light. They are therefore currently only recommended as an additional precautionary measure where there is only a low risk of bird strikes. However, research on glass that is visible to birds but clear to humans is ongoing.

The risk of accidents caused by looking through windows can also be avoided very simply by making the windows visible to the birds from the inside with curtains, blinds, roller blinds, lamellar curtains and the like. The simplest and cheapest method, however, is to do without window cleaning!

Incidentally, bird feeding places should not be set up near large windows or glazed verandas. When a sparrow attacks suddenly, many birds fly to certain death on the run. An exception here are so-called window lining points directly on the window pane. These are safe because the birds can recognize and get to know the disk up close and would not be injured if they approached from a very short distance.

Birds can also be effectively protected in public spaces, for example on noise barriers, glazed bicycle shelters, bus shelters or public buildings. Bird lovers should therefore inform property managers or transport companies about the dangers and demand protective measures. Your own documentation or even systematic monitoring of impact victims can support these demands.

You can download a very informative brochure from the Swiss Ornithological Institute on the subject of bird death on glass surfaces here as a PDF.