Is there something called antimatter

The little difference between matter and antimatter 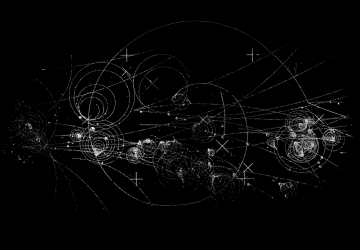 On this picture of a bubble chamber you can see the formation of a matter and an antimatter particle.
Image: DESY

What happened during the Big Bang?

In the early development phase of our universe, the creation and destruction of particles were in equilibrium. After a few seconds, however, the universe had cooled down to such an extent that only particle-antiparticle pairs were destroyed, but no new ones were created. We can still see traces of this annihilation process today: the photons of the cosmic background radiation.

According to this notion, however, all matter and antimatter produced must have been destroyed. But now the sun, the planets and everything else in the universe consist of "normal" matter. Matter and antimatter cannot have completely annihilated each other. It is therefore assumed that in the early phase of the universe there were decays of particles that produced a little more matter than antimatter. The tiny surplus left over after the annihilation forms the entire visible matter of our universe today.

Evidence with the help of the LHC

The LHCb experiment - named after the beauty quark, in whose interactions physicists suspect evidence of the symmetry violation - will play a central role here. LHCb creates B mesons, particles that contain a beauty quark. The high-precision measurement of the decays of these B mesons could provide clues to previously unobserved symmetry-violating processes that explain how exactly one matter particle remained after the destruction of, for example, a billion matter particles with their antiparticles.