How talented was Elvis

There is Elvis, the cliché. And there is Elvis Presley, the artist. The fact that the cliché outshines the artist to this day is a fact that we have learned to live with. One would only have to listen to Elvis' first record from 1956 to know better. 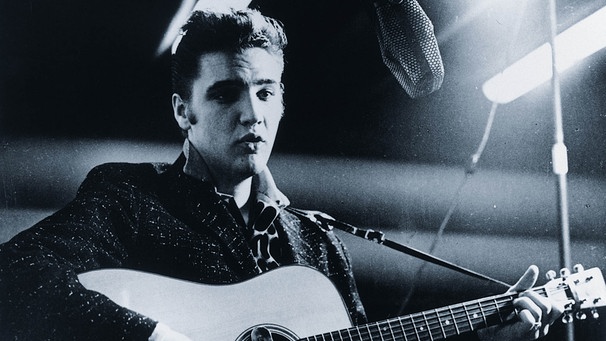 Every time you say "Elvis" you are actually just using a cliché. We just got it squeezed in a few times too often: The rotating hips, the patented quiff, Graceland, "The King of Rock'n'Roll". It's all a commercial brand for a long time, it doesn't have much to do with art. For my generation, Elvis is the guy in the idiotic glitter costume. The guy who loves Las Vegas. Other than ironic, one cannot appreciate that at all. I thought to myself for years. But then I got up and listened to Elvis Presley's debut album from 1956. And all the hackneyed clichés quickly vanished into thin air.

In 1956 Elvis was not yet a brand, but a young, incredibly talented artist who is passionate about what he does. And who - without knowing what he is doing with it - simply plunges into this music that has just started to be called rock'n'roll.

The first hype in pop history 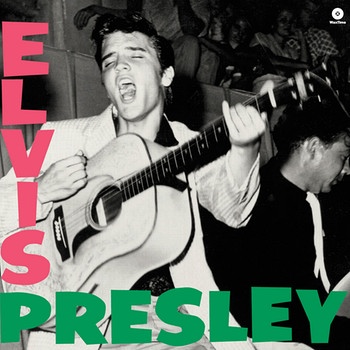 Elvis Presley was just 21 when he recorded his first album. A young guy from Mississippi who released a few singles in Memphis on the Sun Records label and created what would be called buzz today with explosive rockabilly. At the beginning of the first real hype in pop history, this musical earthquake manifests itself on the album "Elvis Presley" in twelve unbelievably present songs: sometimes cool and lascivious, sometimes frenetic, always charismatic - but without exploiting this charisma cheaply.

Elvis is not a songwriter, not a great musician - he is a performer. And as a performer he is still unbeaten to this day. His debut still sounds amazingly fresh, the minimalist instrumentation is nothing old-fashioned, nothing fluffy, and Presley is a stunning singer who is just inventing everything that later became mannerism here. Listening to him do this is a priceless pleasure.

Pop music starts right here: 1956, with this young Elvis Presley, who soaks up blues, country and gospel and transforms them into biting, provocative rock'n'roll. Which suddenly electrifies a mainstream in which there was only hits before. That it turned him into an abstract commercial brand faster than planned, whose artistic value you almost have to look for with a magnifying glass - Elvis screwed that up himself with bad records, unspeakable films and strange gossip stories. There is a fine line between icons and caricatures. Elvis Presley got both too fast. Discovering the artist behind the cliché - that is the real challenge. Listening to the album "Elvis Presley" could be a start.