Which is better Brahmos or Amraam

All manufacturers hope for export success

In the last asymmetrical wars such as in Afghanistan, Libya or Mali, unmanned aerial vehicles took the credit, but they can only operate so successfully because the opponents have weak or no air defense systems and often no air forces.

This can look completely different in other scenarios, so that today's multi-role combat aircraft are far from being scrapped. This is especially true in western countries where (with the possible exception of the USA) no new development programs are in sight. Manufacturers have to get the maximum out of the existing samples with improvements, especially in electronics, and try to find buyers all over the world in order to keep production running for as long as possible. 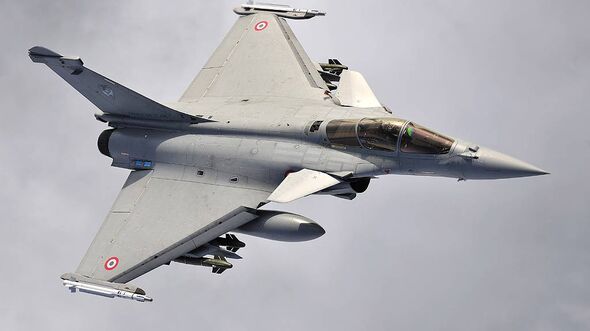 Dassault continues to hope that a contract will be signed in India soon (Photo: Dassault Aviation).

In view of the low production rates for domestic demand, which with eleven aircraft per year are on the edge of what is economically viable, exports are in great demand. The Rafale struggled here for a long time, but with the order for 24 aircraft from Egypt signed in February 2015, a breakthrough was achieved over 20 years after the first flight.

A contract with India was still in limbo at the beginning of 2015, which had already decided in favor of Rafale in January 2012 and wants to procure 126 Rafale. The detailed negotiations about equipment, technology transfer and license building conditions apparently remain difficult.

Meanwhile, the outlook in the United Arab Emirates, where the Rafale has long been the favorite, is unclear. In the meantime, the sheikhs also spoke to Eurofighters and Boeing, but the urgency of a decision no longer seems very urgent. With the French orders of 180 Rafale so far, production is guaranteed for years to come. Machines of the F3-OT standard are currently leaving final assembly in Bordeaux-Merignac. They are the first fighter aircraft in Europe to be equipped with an AESA radar (Thales RBE2-AESA) and also receive a new TV sensor and a new EloKa system. 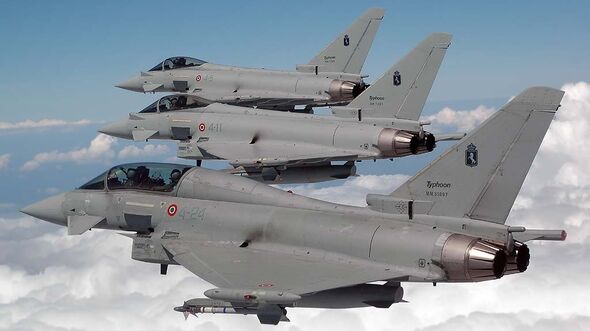 Italy is one of the Eurofighter partner countries, but is also buying the F-35 (Photo: Eurofighter / Lee).

An AESA radar is also mandatory for the Eurofighter, which was finally reflected in a development contract at the end of 2014 after a long hesitation on the part of customer nations. Until then, the manufacturers involved will finance the preliminary work themselves. In addition to the new radar, enhanced air-to-ground capabilities are also important for the Eurofighter. Corresponding "enhancement" programs include the integration of a laser target container (litening) and guided bombs such as GBU-16, GBU-48 and Paveway IV. Equipping with the far-reaching air-to-air missile Meteor is also planned. The RAF will also equip their Eurofighters with the Brimstone.

To date, over 400 Eurofighters have been built on the four final assembly lines in Germany, Great Britain, Italy and Spain. The first aircraft of the so-called Tranche 3A flew in December 2013. With this order from 2009, the production for the original partners should be completed.

This makes exports more important, and even an order for just a dozen aircraft that Oman placed in December 2012 is welcomed. Saudi Arabia has ordered 72 Typhoons, which, after various renegotiations, are now likely to be built by BAE Systems.