Trust means that belief is right

Content:
Christians should be able to provide information about their faith, writes Peter. But don't they first have to explain what “believe” means in an environment that only knows and does not know? Faith series by Heinz Niederleitner, part 1 of 3
Edition: 2014/45, believe, trust
November 5th, 2014 - Heinz Niederleitner
When I was an altar boy as a child, a relative who was critical of the church approached me about religious activities. “To believe”, the trained technician announced to me, “doesn't mean you don't know.” I admit that I couldn't answer anything back then. I didn't find the solution until I was at school when I was supposed to learn Latin vocabulary: “puto” means: “I mean, I think, I guess”. That was what my relative meant. “Credo” means “I believe I trust”. Then it became clear to me: The German word “haben” has different meanings. And my relative mixed them up.

When Christians speak of faith, they mean “credo”: The word comes from “cor-do”: I give my heart. Whom I give my heart to, I trust. So to believe is to trust. Now it is the case that the word “credit” also comes from “credo”. The lender relies on the borrower's promise that he will get his money back (at a profit). In view of the financial and economic crisis, which began with failed loans, this is not very trustworthy.
The background to this, however, is that the trust was unquestioned in an act that was apparently not worthy of trust. One was too “in good faith”. On the other hand, every coexistence of people depends on trust: no family, no association, no state can function without a minimum of trust. Children trust their parents because they experience their love
to have. There are reasons for this trust that are comprehensible to reason.

Christian faith is also reasonable trust. "Faith and reason are like the two wings with which the human spirit arises to contemplate the truth", wrote John Paul II (encyclical "Fides et ratio"). There are good reasons to believe in the existence of God. For example, despite all science, the world cannot explain its existence by itself. The question of the ultimate origin of our existence must remain just as unanswered in evidencing natural science as that of the meaning of this existence. Even convinced atheists have to admit that. Another good reason for believing is the fruits that the life of examples in faith has been able to produce, such as charitable works or working for justice.

The leap of faith

Of course, belief cannot be proven down to the last detail. There is therefore no point in playing off faith and science against one another, for example. Because belief is not about proving. Believing is making a choice in life. Joseph Ratzinger wrote of a "leap of faith" (in the book "Introduction to Christianity"). In a very simplified way, an everyday example can perhaps show what is meant: a child jumps into the hands of its mother or father. It could not prove beforehand (even with the knowledge of an adult) that it is being caught.

The reason why it trusts father and mother is the love that has been “promised” to it in word and deed. It is similar with the Christian faith, even if we do not have the advantage of the child who can see his parents: "Faith arises from hearing", says the apostle Paul, if one uses the passage in Romans (10:17) as literally as possible translated, "but hearing arises through the word of Christ". In Christ the love of God is promised to us. As believing Christians, we trust it. And there are situations when faith becomes serious: especially when, with the end of earthly life, our experience, which can be proven by science, comes to an end. At this point, the Christian faith sets what is so incomparably clearly summarized for me in the last sentence of the Te Deum: "In you, Lord, I have placed my hope: I will not be lost forever."
further articles on the topic 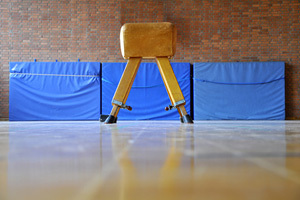 At school, he felt the exercises on bars and parallel bars as a punishment. Today editor tries ... 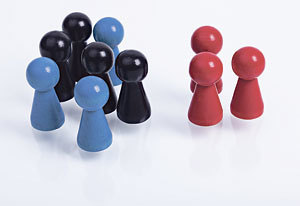 Words are sometimes like ministers: for a while everyone is talking about them. But only a few ...
An article in the magazine of the Vatican newspaper "L‘Osservatore Romano" a few days ago ...
Meditation with music and words in Wilhering --- Operetta concert in Enns --- Concert of ...
<?