Who made the pencil?

Fashion czar Karl Lagerfeld does it. The British star architect Norman Foster and Nobel Prize winner Günter Grass did it too. They all draft and recreate their aesthetic heights with an old-fashioned tool - the pencil. Nuremberg pencils in particular have many famous fans.

Chancellor Otto von Bismarck liked to chew on a long brown pencil. Today this is owned by the stationery manufacturer Faber-Castell. A unique piece that is colored black at the end because Bismarck used the pencil as a pipe tamper. Franz von Lenbach and Vincent van Gogh drew enthusiastically with pencils without lead. Even today, celebrities still rave about pencils: "To have time for a black sketchbook and a pencil is still the most precious of all goods for me," admits Norman Foster, who built the new dome for the Berlin Reichstag, according to information from Faber-Castell.

Indispensable tool despite the computer 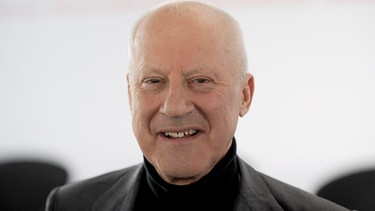 Although the pencil is the most precious of all goods for the British star architect, it is often lying around carelessly - in the children's room, in the office or on the desk at home. Most of them are cheap mass-produced goods from the Far East. In the age of the computer, the pencil no longer seems to play a major role in everyday life, interesting only for nostalgics. Not so with artists and craftsmen, for whom the pencil is often an indispensable tool even today.

The German draftsman and action artist Joseph Heinrich Beuys even had himself portrayed with a Nuremberg pencil for a catalog of the Documenta - an exhibition of contemporary art in Kassel. And the Leipzig painter Neo Rauch literally called Anton Wolfgang Graf von Faber-Castell, the chairman of the Faber-Castell company, as an "instigator". He had brought him a load of pens into the studio, which are said to have robbed him of his great respect for the "drawing as the hour of truth". 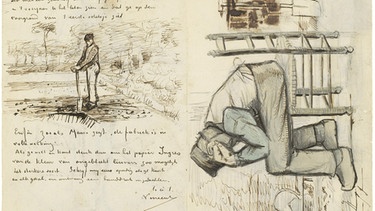 A letter that van Goigh wrote to his brother Theo in 1888.

Vincent van Gogh wrote in June 1883 in a letter to his friend and mentor, the Dutch draftsman Anthon van Rappard: "I wanted to tell you about a kind of pencils from Faber that I found. They are (...) very soft and Of better quality than the carpenter's pencils, give a splendid black and are very pleasant to work with on large studies. "

World literature has also been created with pencils. Johann Wolfgang von Goethe already acknowledged himself as a pencil writer. According to his own account, he "preferred to use a pencil, which was more willing to show its features, since the snarling and splashing of the pen startled me out of my nightwalking poetry and thinking and stifled a small product in the birth."

Nobel laureate for literature Günter Grass wrote many manuscripts in pencil. In his novel "A Wide Field" he even let one of his characters rave about the Nuremberg pencils. Pencils are not out of fashion, they are still considered magic wands in the hands of artists - and will remain a cult object for creative people.