What are Token Rewards 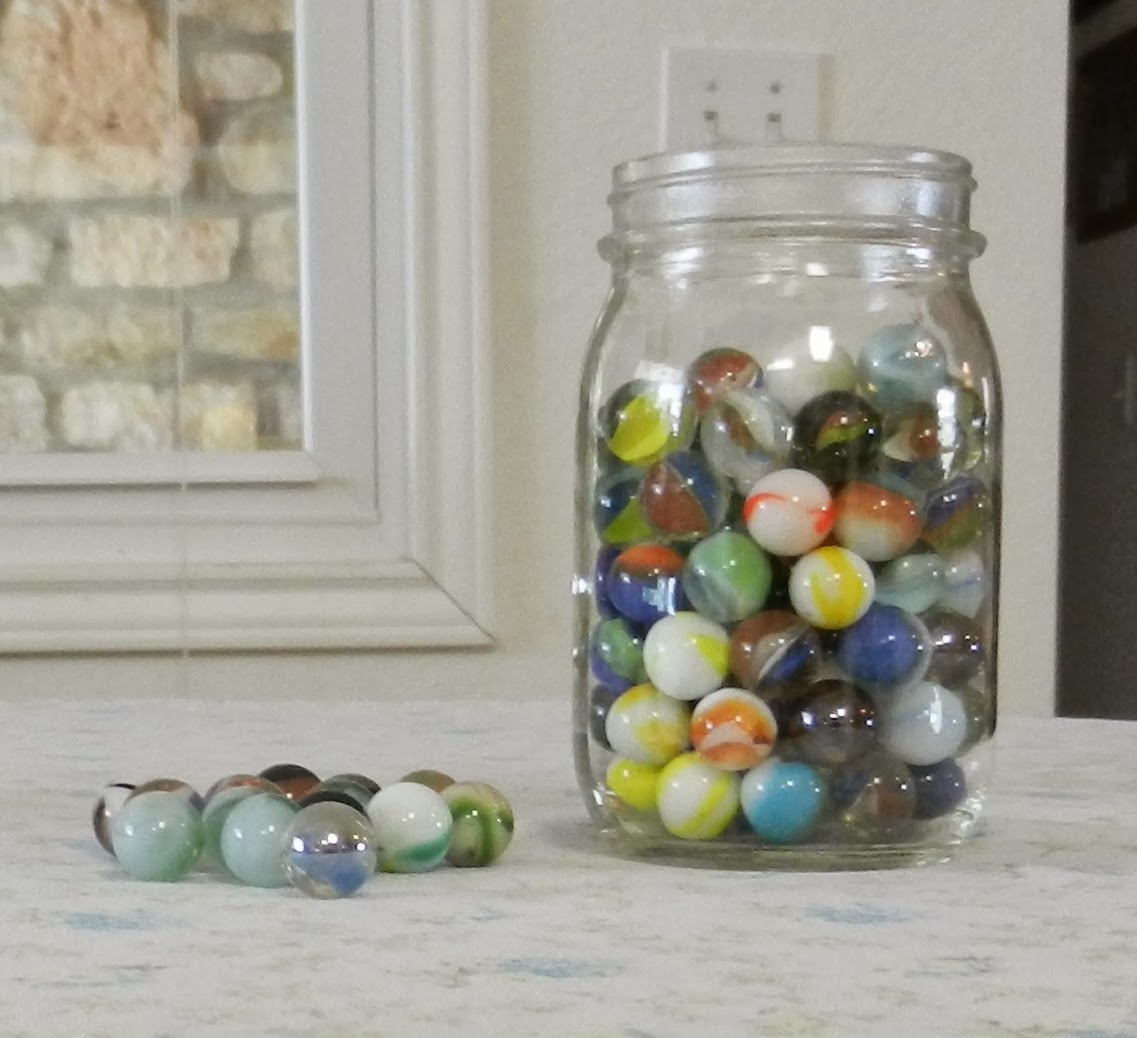 Marbles collected in a jar and used as tokens

As Token systems (from English token coin, translated Token or Token), also called Amplifier plans Behavioral therapy methods based on the principles of operant conditioning are called, which are intended to support the development of desired behavior.[1]

A token acts as a secondary reinforcer, similar to a medium of exchange or a currency, to bridge the time lag between the desired behavior and the primary reinforcement (the actual reward). For example, a certain number of points, marbles, chips or the like must be collected before the actual reward, for example an excursion or another amplifier desired by the person concerned, takes place. Due to this creation of systematic incentives, the motivation of the person concerned should be supported as continuously as possible.

In addition to token systems that work with principles of positive reinforcement, systems with the possibility of loss are also possible (response cost). It is also possible to gradually reduce the token issue as the therapy progresses and with appropriate stabilization (intermittent reinforcement).

Token systems or principles of operant reinforcement very often show high effect sizes in children and adolescents with ADHD, which is why their use for conditioning desired behavior is recommended in the school, as well as in the therapeutic or domestic environment. 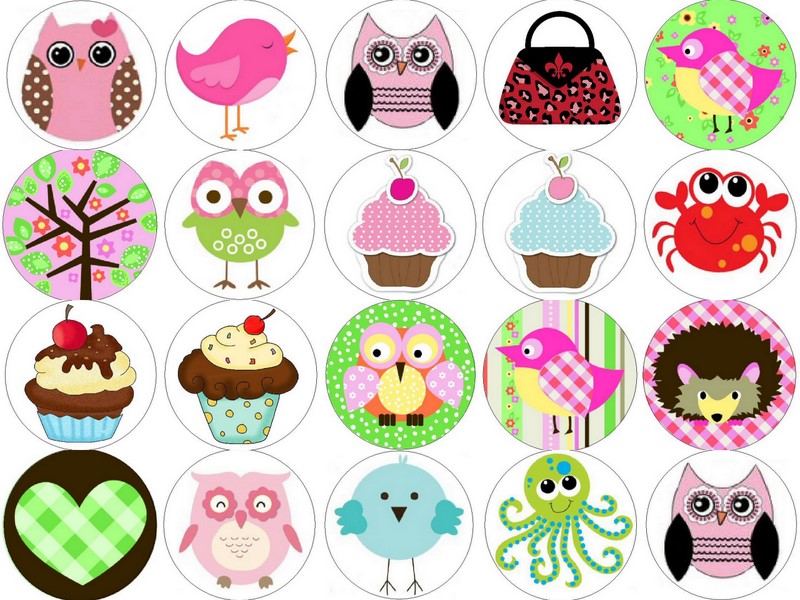 Tokens are small items or symbols of little value. They can be chosen arbitrarily because, like money, they only have an exchange value. Examples of tokens that can be used are:

It is important that the tokens only receive their equivalent value within the system, which is why objects of low value should be used. It must also be possible to assign the tokens immediately to the behavior, i.e. the secondary reward must be able to take place immediately.

Especially when used in the home, tokens threaten to lose their effect if there is no additional log of the rewards received, the tokens are kept in a closed vessel, etc. If, for example, marbles are used, the participant could also log them into get any number yourself, whereby the system would fail to work.

In addition to social reinforcement (praise, smile, affection), the use of a token system has the particular advantage for the participant that successes achieved are made visible. The visualization of the individual small successes also counteracts cognitive distortions, since people often weight failures and criticism more heavily than their own successes. It can therefore be helpful to also record the reason for the respective token in a log.

The following example from Whitlock [2] illustrates the application of an intermittent positive-reinforcing token system:

A seven-year-old elementary school student receives specialized remedial instruction because of his difficulty with written dividing. As part of the remedial course, it is agreed that for every correct reaction or for every correctly solved task, he will receive a golden thaler made of plastic (secondary amplifier). Furthermore, it is part of the agreement that as soon as he has collected 36 thalers, he will receive a reward of his choice (primary amplifier), for example a visit to the cinema or a trip to an amusement park.

After the boy has reached 36 thalers and the reward has been given, the required number of thalers is subsequently increased, or the required number of correctly solved tasks is increased. To achieve the main reward (the primary reinforcer), 72 thalers are required from now on, or one thaler is awarded for every second correct task, etc. Once the boy's performance has stabilized at the desired level, the token system is completely suspended and can possibly be can be used for other purposes. This process of successive reward reduction up to the complete suspension of the same is also called fading (dt. to fade).

In contrast to token systems, the secondary rewards obtained in the response cost system (also known as reinforcement withdrawal systems) can be withdrawn again in the event of undesirable behavior. In addition to positive reinforcement, response cost systems also contain a punishment component. Response-cost systems should be well thought out before use, especially in order to avoid an unbalanced reward / punishment relationship, as this will not lead to the desired change in behavior. A possible guideline is, for example, a 3: 1 ratio between reward and punishment.

Example of a response cost system

A 16-year-old schoolgirl does schoolwork infrequently and seldom spends time studying. Neither a joint conversation with her parents and the class teacher, nor punishments or admonitions could bring about changes in behavior. When the mother of the 16-year-old reported the problem to the long-time family doctor in mid-April, he suggested that the daughter be given a credit point for every half an hour she spends doing homework or learning vocabulary. These credit points are recorded in the form of a tick on a clearly visible piece of paper in the kitchen.

Since the daughter would like to go to Ibiza with friends during the summer vacation, which starts in 90 days, the mother agrees with her that she must have collected 180 credit points by then. The secondary overall goal is therefore an average learning effort of one hour a day in order to be rewarded with the desired trip during the summer holidays (primary goal). For every day on which the daughter does not spend at least half an hour doing schoolwork, however, a credit point is deducted (cross the tick). Exceptions are, for example, important appointments or sick days on which learning is not possible.

The daughter can decide how she divides her time. This also has the advantage that lost credit points can be easily compensated, since the accounts are settled with manageable units (half-hour units).

Use of token systems 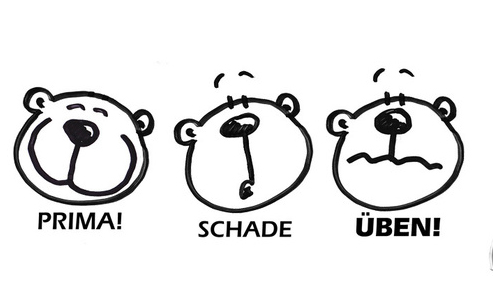 A possible sequence of a token procedure:[3]

1. The target behavior is defined precisely and understandably
2. As many effective reinforcers as possible are determined together with the participant
3. It is determined

4. It is specified exactly how many tokens are necessary for a reward.
5. Once the target behavior has stabilized, the token program should be faded out.

Use of token systems in schools

Token or response cost systems can also be used in the setting of school lessons to condition desired behavior in the entire class. For example, stamps can be issued for tasks that have been completed without errors, whereby a certain number of stamps must be achieved in order to obtain a defined reward. For operant reinforcement of desired behavior in class, points can be awarded and, if necessary, withdrawn with the help of a clearly visible poster, whereby reaching a specified number of points results in a reward, while falling below a certain value results in a penalty.

Use of token systems for children and adolescents with ADHD

Numerous studies have shown high effect sizes for token systems that are used in therapy for children and adolescents, also in areas of hyperkinetic behavior in various settings (at school, at home, in the therapy setting).[4][5][6] However, the token system was never used as a primary intervention, but rather as an accompanying support for an overall therapy concept. The sole use of a token system is not promising for a sustainable change in behavior.[7] In addition, it is a prerequisite that the child is able to show positive behavior at all.[8] The use of a token system cannot make sense in the case of extreme motor restlessness, which cannot be controlled by the child’s efforts of will alone.

It is noteworthy that children and adolescents with ADHD usually show little or no behavioral change in response to punishments or reprimands, but paradoxically react very intensively to positive reinforcement stimuli.[9]. Parents and teachers of ADHD-affected children and adolescents who are permanently exposed to a problematic situation can tend to view the child and the relationship to it in a more one-sided, deficit-oriented manner. Token systems can also help parents and / or educators to perceive the positive behavior of the child more intensely. In addition, the reward and punishment behavior becomes more consistent and transparent for the child. Against this background, token systems can very effectively support the pedagogical interaction with ADHD-affected children and adolescents.

Token systems can only develop their effect if the primary reward is not crossed with other gifts or comparable activities out of sequence. Careful planning should also avoid spontaneously replacing a long-cherished wish that was defined as a primary reward with another reward that is not emotionally equivalent for the participant, as the execution is currently more appropriate in time (e.g. the primary reward for a visit to the adventure pool at the end of summer will be replaced by a video game).

It is also important that the token system is recognized and consistently implemented and supported by the entire responsible environment. In practice it has been shown that even a single relevant person who neglects the agreements, e.g. to gain a higher reputation with the participant, can bring the entire program to failure.[10]

Friends, relatives and other co-responsible persons should also be informed about the token system so that they do not involuntarily contradict the agreements.

Pocket money that is set too high can also reduce the strengthening effect of the tokens or even withdraw them entirely.

Token systems are often part of ADHD therapy and training programs, including the