Why are there no pointers in Python 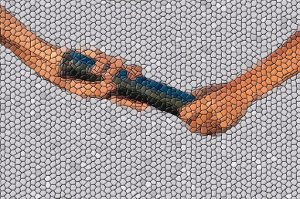 In programming languages, a distinction is essentially made between two types of parameter transfer:

Note: The name parameters (call by name) as used in ALGOL 60 and COBOL are no longer common today.

and what about python?

In many books or introductions to Python one reads that Python has one or the other transfer mechanism, ie "call by reference" or "call by value". What is right now? 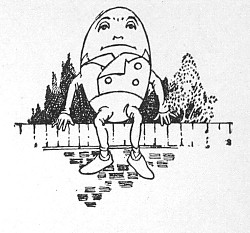 The authors "stretch" the original terms so that they fit.
Python uses a mechanism called "Call-by-Object" (also called "Call by Object Reference" or "Call by Sharing"). 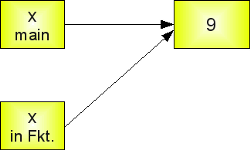 In Python, when a function is called, pointers to the underlying objects are not transferred, but rather pointers to the underlying objects.
To explain this, consider the following example: def ref_demo (x): print "x =", x, "id =", id (x) x = 42 print "x =", x, "id =", id (x ) If you call this function (see below) and at the same time use the build-in function id () to check the identity of the variable x, you will see that the global x corresponds to the local x of the function until you get x assigns a different value in the function. 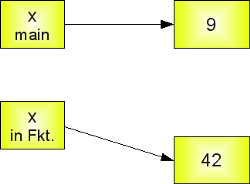 You can pass arguments not only to functions, but also to a Python script. If a Python script is called from a shell, the arguments are listed after the script name, separated by a space. In the Python script itself, these arguments can be called up under the list variable sys.argv. The name of the script (file name) can be reached under sys.argv [0].
The script (argumente.py) lists all given arguments in the standard output:
# Module sys is imported: import sys # Iteration over all arguments: for eachArg in sys.argv: print eachArg Example of a call, if the script has been saved under argumente.py: python argumente.py python course for beginners This call creates the following Output argumentse.py python course for beginners

We are now introducing functions that can be called with any number of arguments. Those with programming experience in C and C ++ know the concept as varargs. An asterisk "*" is used in Python to denote a variable number of parameters. To do this, the asterisk is placed immediately in front of a variable name. >>> def varpafu (* x): print (x) ... >>> varpafu () () >>> varpafu (34, "Do you like Python?", "Of course") (34, 'Do you like Python? ',' Of course ') >>> From the previous example we learn that the arguments that are passed to a function call to varpafu are collected in a tuple. This tuple can be accessed as a "normal" variable in the body of the function. If you call the function without any arguments, x is an empty tuple.

Write a function that calculates the arithmetic mean of a variable number of values.

def arithmetic_mean (x, * l): "" "The function calculates the arithmetic mean of a non-empty arbitrary number of numbers" "" sum = x for i in l: sum + = i return sum / (1.0 + len ( l)) One might ask why we used both a positional parameter "x" and a parameter for a variable number of values ​​"* l" in our function definition. The idea is that we wanted to force our function to always be called with a non-empty number of arguments. This is necessary to avoid division by 0, which would cause an error.