What is life again

Italy is turning life back on

Due to the increasing number of infections, a large part of the regions in Italy will become red zones from Monday, including Lazio with the capital Rome, Lombardy with Milan, Piedmont, Veneto and Emilia-Romagna. All schools and daycare centers there are then closed, as are shops. Restaurants are only allowed to offer take-away meals. Freedom of movement within the region is severely restricted. People should only leave the house for necessary errands, with exceptions for work or emergencies.

In South Tyrol, on the other hand, there are cautious opening steps. As of Monday, children throughout the province can again visit daycare centers and primary schools, as the state administration announced. Hairdressers and cosmetic salons are also allowed to reopen. A week later, trading can start again. Over Easter from April 3rd to 5th, the strict Corona locks apply again in the popular holiday region, which have been decided for all of Italy - except Sardinia.

Rome also wants to win the fight against the pandemic with an improved vaccination campaign. At least 80 percent of the population is said to have been immunized against the corona virus by September. That is the goal of a national vaccination plan announced by the government. For this purpose, at least 500,000 doses should be administered per day in the future. That is around three times as many as were previously vaccinated per day (170,000).

As a precaution, vaccinations with a batch of AstraZeneca were suspended in the northern region of Piedmont until a possible link to two deaths has been ruled out. Several European countries, most recently Ireland, had temporarily stopped the administration of the vaccine. The Italian government is generally sticking to AstraZeneca: "The vaccines in Italy and Europe are all effective and safe," said Health Minister Robert Speranza in an interview with the daily "La Repubblica". 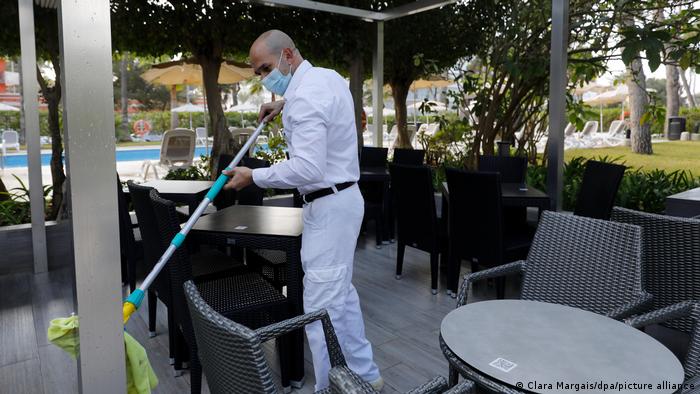 An employee cleans a hotel terrace in Palma de Mallorca

The number of corona infections in Italy had risen steadily in the past few weeks. On Saturday, the authorities in the country of 60 million people reported around 26,000 new corona infections and 317 deaths related to the virus within one day. More than 100,000 people infected with the virus have died in Italy so far.

On the other hand, there is good news about the island of Mallorca. Holidays on the Balearic Island are possible again without quarantine and without a test obligation after returning. Two weeks before the start of the Easter holidays in most federal states, the most popular island among Germans has no longer been a corona risk area since midnight on Sunday. 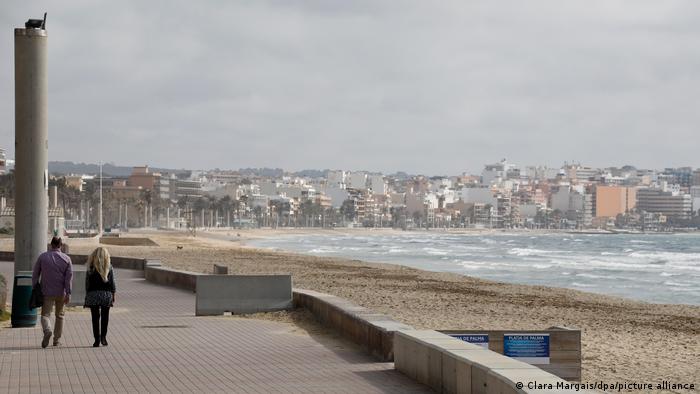 The federal government decided on Friday to remove all Balearic Islands, several regions on the Spanish mainland, parts of Portugal and Denmark and the Bahamas in the Caribbean from the risk list of the Robert Koch Institute (RKI) due to falling infection numbers. The Federal Foreign Office's travel warning no longer applies to these areas either. The federal government continues to advise against "unnecessary, tourist trips".